The Goo Goo Dolls, consisting of vocalist and guitarist John Rzeznik, bassist and vocalist Robby Takac, and drummer George Tutuska, originated in Buffalo, New York. The band, which formed in 1986, didn’t see large success until 1995 with the release of their breakout single “Name.” Three years later, they delivered their most recognized song—”Iris.”

“Iris” is one of those songs that would appear on the best love songs of all time list or the biggest heartbreak songs ever playlist. The song’s melancholic guitar intro makes you feel like you’ve really lost something and are searching to get it back.

With nearly one billion listens today, “Iris,” released in 1998, was featured on the album Dizzy Up the Girl, which churned out other well-known songs like “Slide,” and “Black Balloon.” But, “Iris” wasn’t originally written for Dizzy Up the Girl.

If “Iris” wasn’t written for the album, what was it written for? What’s the story behind one of the greatest love songs of all time? We are here to answer those questions. Let’s dive into the meaning of The Goo Goo Dolls’ “Iris.”

Leading up to “Iris”

The song’s meaning largely has to do with Rzeznik’s journey to writing the track. Rzeznik told American Songwriter in a 2010 interview that he was going through a great deal of writer’s block. He struggled with his identity as they “made five albums, and then all of the sudden we had this hit song, “Name.” I got this feeling I think a lot of artists get: that I am a complete phony, that was just luck, and I don’t know how to do it again.”

Rzeznik continued, “I felt like I had just won the lottery and everyone was standing around going, ‘Wow! You won the Lottery! That’s amazing! Do it again!’ So it really kind of froze me up. I think it was the period where I finally had to come to terms with the fact that songwriting was now my job.”

With the pressures of stardom, Rzeznik felt like he couldn’t produce another hit. He felt lost, not only in his musical life but in his personal life, as well.

The Goo Goo Dolls frontman told Louder Sound in a 2019 interview that in 1997, “I was feeling kinda schizophrenic,” Rzeznik recalls. “My wife and I had just broken up, and I’d met another girl who I was really into. I’d moved from my home in Buffalo, New York, and was living in this hotel. So it was a really manic time in my life. I was looking for something to hold on to.”

Luckily, an opportunity to dig Rzeznik out of his hole came.

The beautiful love song “Iris” came at the exact moment that Rzeznik needed. He was asked to write a song for the 1998 romantic movie City of Angels with Nicolas Cage and Meg Ryan. He agreed to work on it because prominent artists like U2 and Peter Gabriel were also on the soundtrack.

After an early screening of the movie, Rzeznik returned to his hotel room to work on the song that would later become “Iris.”

“Most of the time, for me, writing involves procrastination, fear, doubt, criticism… Most songs I write I have to torture myself; be a prima donna for about an hour,” said Rzeznik. “But Iris came so easy. I’d broken two strings on my guitar, so I’d started winding all the strings up and down in these weird configurations, and that song just came out. It was like a gift – like: ‘Oh, thanks God!’”

In LA Weekly magazine, seeing that Iris DeMent was playing in town, he liked the name and chose it as the title.

The song’s meaning directly correlates to the plot of the movie, City of Angels. In the movie, Cage’s character is an immortal angel but throws away his immortality for love. He becomes human so he can be with the one he loves.

Rzeznik explained that “When I wrote it, I was thinking about the situation of the Nicolas Cage character in the movie. This guy is completely willing to give up his own immortality, just to be able to feel something very human. And I think, ‘Wow! What an amazing thing it must be like to love someone so much that you give up everything to be with them.’ That’s a pretty heavy thought.”

The track led the City of Angels soundtrack to the top of the charts in June 1998. It also landed on the band’s Dizzy Up The Girl album after a five-week streak at number nine on the chart.

The song received several grammy nominations, including Record of the Year, Pop Performance by a Duo or Group, and Song of the Year. In 2018, the song went quadruple platinum. 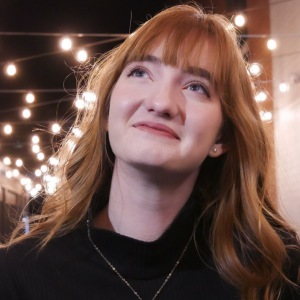