Bill Anderson is one of the few people who can claim that rare trifecta of a membership in the Nashville Songwriters Hall of Fame, the Songwriters Hall of Fame, and Country Music Hall of Fame. Still active in a career that began over six decades ago, the perpetually productive country icon has just released his 73rd album, The Hits Re-Imagined, featuring new recordings of 10 of the chart hits he’s known for as a singer, a writer, or both. And in an unusual approach, the album contains instrumental versions of those 10 songs as well.

“We did it kind of backwards,” Anderson told American Songwriter via phone from his Nashville-area home. “I was doing an audiobook where I was highlighting different songs I’d written, doing chapters about songs that were pivotal in my life and my career. Thomm Jutz, my engineer, had recently done an audiobook with Tom T. Hall, and he had played little acoustic snippets of Tom’s songs under the narration in the book. So I thought we could try that on mine.”

“So we started putting interesting snippets underneath the audiobook,” he continued, “and when we got through with that, we decided to just make full instrumentals out of these things. Nobody’s done anything like that, and I thought it would be great just to have [the tracks]. So we brought a couple players in and made instrumental versions of the songs, and I asked Thomm if we could record them in the key I would sing them in, because someday I may want to come back and put a vocal on them. And I did. The whole thing just happened backwards. That’s how the songs for the album were selected, they were the songs that were in the audiobook. It was never done by some great design, that’s just how it happened.”

Anderson said both the new vocal and instrumental versions of the songs, including everything from early hits like his own top 10 single “The Tips of My Fingers,” to hits he wrote for others, like George Strait’s “Give It Away,” were meant to highlight the songs and not the performances. “The instrumentals are very understated, they’re very simple, we weren’t trying to dazzle anybody with our great musicianship. We were just trying to play the songs, give it kind of a back-porch feeling.”

Stuck in the house like most of us, Anderson recently collaborated with Brad Paisley on a new song, videoconferencing via Zoom. “Brad called me up one day and said, ‘I’ve got an idea that I think you can relate to and that you and I can write together. Obviously right now we can’t get together, but would you be open to writing it on Zoom?’ I had a little camera and I’d done that type of thing before, so I said sure, let’s do it, and actually we wrote a pretty good song!”

The congenial Anderson took a hiatus from writing for about a decade when country music began its seismic shift of the 1980s, spending many years as a TV host. But he finally returned and began co-writing, which he had rarely done before, but which had become much more in vogue. “I had written pretty much everything by myself for 25 or 30 years, and country started changing a lot, started getting a pop flavor, and I didn’t know if I could write for that particular market. So I kind of got away from songwriting for about 10 years. Then I saw that everybody was co-writing, and thought I should give that a try. My first co-write was with Vince Gill and it was ‘Which Bridge to Cross,’ which he got a number one record on. So that was a big turning point in my life, going from writing by myself to writing with other people.”

“I really miss co-writing right now,” he continued, “and I’m not about to give it up by any stretch of the imagination. But I’ve gone back to writing by myself during this time, and that’s been fun too. I’m finding out that I can still write a song by myself, that maybe I’ve been using co-writing as a crutch. That I need to exercise that writing muscle a little more, and it’s proving to me that I can still do it. To know that I can still sit down with a guitar and write a song – it’s been kinda fun to discover that.”

After nearly six decades as a member of the Grand Ole Opry, Anderson recently appeared on the Opry’s first virtual show, playing to an empty room. In terms of not being able to feed off the energy of a live audience, the always-quick-witted Anderson quipped, “This is really no different for me, I’ve been playing empty seats for 50 years. But really, of all the places you would expect to see empty seats, the Grand Ole Opry House isn’t one of them. It’s kind of shocking to look out there and not see anybody.”

Anderson plans to keep writing until he can’t do it anymore. “I couldn’t quit writing if I tried. Even during those 10 years I was jotting down notes, I was stuffing ideas in the backs of books and in paper sacks – I’m just one of those people who’s gonna write something whether there’s any reason to write it or not.” 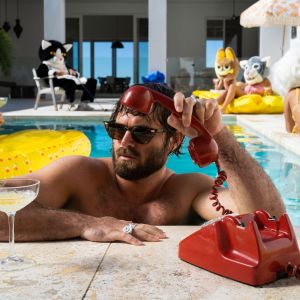 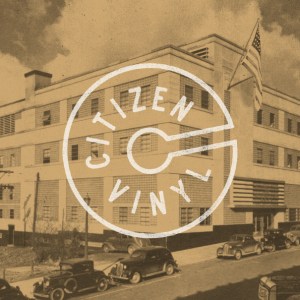