Australian singer-songwriter, Angus Stone, remembers falling asleep under tables as a child at weddings. His father, a professional wedding singer, would bring Stone and his sister, Julia, to gigs. And as the nights drew on, the siblings would find a spot and curl up, hidden by the long draped tablecloth linens, and dream as the band played. Absorbing the celebratory sonic energy waves that way meant it was likely just a matter of time before Stone (and his sister) would go on to follow in father’s footsteps – not as a wedding singer, necessarily, but certainly as a performer and songwriter. Today, Stone has released his latest offering, the new single, “Every Day Is A Holiday,” under his most recent moniker, Dope Lemon.

“Music ran through our blood that way,” Stone says. “I saw the mechanics of it and how it worked and how it made you and the others around you feel good. I learned that the things I was feeling and the stories I wanted to tell and opening myself up to that side of myself was all possible.”

Stone and his musical sister later formed a band together, Angus & Julia Stone, in 2006. Since, the duo has been nominated for many Australian Recording Industry Association Music Awards, including Album of the Years in 2010, which they won. The victory was the result of hard work combined with a special bond the siblings have, which was first forged underneath those wedding tables.

“I’m enamored by the way Julia is able to express herself,” Stone says. “I’m inspired – I love being around what she does. When it comes to family, a lot of the stuff — you can just cut through the bullshit and get to what needs to happen. That’s the beauty of our relationship.”

Just before he and Julia struck up a formal partnership, Stone had been performing at open mics around Sydney. He started young, he says, sneaking into pubs (friends on the inside would hold backdoors open). He would sing to the people in attendance, including the bar flies and rowdy folks who wanted to drink to the music. He noticed when the room livened and he realized he also had the power, when he wished, to quiet the space down to a hush. At the same time, at home, Stone indulged in listening to music, from acoustic songs to hip-hop, taking it all in.

But the secret to Stone’s musical success is his lack of fear, his strong-eyed stare into the dark unknown of the future. It’s why he feels so comfortable jumping from album to album, from band to band. In one moment, Stone may be writing songs with his sister in their award-winning duo, in another he may be writing for his solo project, Dope Lemon, or he may be set to start a whole new project just because he wishes to follow a new creative whim. Stone, unlike so many, is not scared of what he might lose with any given creative choice. Instead, he remains focused on what he’ll gain from a given risk.

“Sometimes you’re able to shape-shift,” Stone says. “I’ve never been afraid if I write something and it has a story and a mood, I’m just going to go with it whatever it is. I’m a big fan of not being afraid. I’m a fan of diving into the unknown. It enlivens something new in you.”

Stone first acclimated himself to this adventurous mode by watching his grandparents. As a kid, he would see them first build a 50-foot yacht by hand in their backyard and then sail with it to different locations around Australia and beyond. It opened his eyes to what could always be next just around the corner and has infused in Stone a sense that change is always afoot and one can be as nimble in navigating it as one wishes at any given moment.

Stone’s latest Dope Lemon track, which features the Australian hip-hop group, Winston Surfshirt, is a smooth song written in appreciation of a loved one. With that person, Stone croons, life is effervescent, bearable. That the track, which will appear on the next Dope Lemon record (a “love” record), is relaxed, befitting of a beach sunset, should be expected, given the recent wave of thoughtful-though-chill records to come from the region.

“You’re a product of your environment,” Stone says. “Here, so much of our space is beautiful and natural. The way we all Australians coexist is very much that we’re all comrades. You can feel everyone sort of just pulling together. Everyone is feeding off each other’s different art forms and the writing coming out of Australia at the moment is really cool.”

Working within an environment that’s both picturesque and supportive is ideal. It’s the kind of creative atmosphere that engenders appreciation. It’s also the kind in which Stone, as someone who can leap wide-eyed from project to project, adores and flourishes.

“I let my imagination expand and contract,” Stone says. “I like being able to fall into different characters and tell different stories. It opens up my heart and I’m able to fly off into these other realms.” 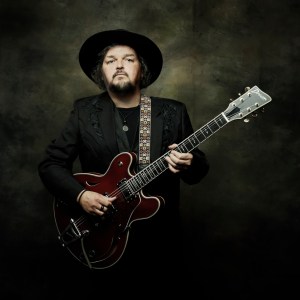 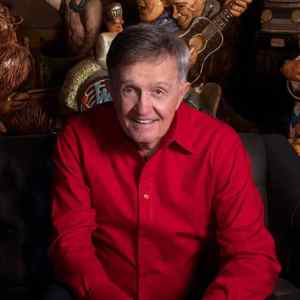