When The Hives burst into the public consciousness around the turn of the millennium, their defiant, raucous rock and roll helped rouse the staid music scene of the time out of its complacency. Well, they’re back from Sweden and prepared to give the same kind of jolt to the live-stream industry.

To do that, The Hives are revving up for The World’s First World Wide Web Tour, starting on Thursday, January 21 in Berlin, making stops in London, New York, Sydney and Sao Paulo, and culminating in Stockholm in January 30. How, may you wonder, are The Hives playing in these cities even though they’re live-streaming? Well, they’re timing the shows to the specific time zone they’re playing, and they’ll be using crowd noise from actual residents of those areas.

Those are just two of the innovations that will be on display. In addition, audience members will be able to send live audio messages to the band members during the concerts to strengthen the interactive nature of the shows. The band will also be accepting telephone calls and picking set lists based on votes by the fans. And they’ll also be putting on their normal stage show, including the lights, showmanship and general unpredictability that has earned the group a reputation as one of the best live bands in the world.

To promote the tour, singer Howlin’ Pelle Almqvist and guitarists Nicholaus Arson and Vigilante Carlstroem called into American Songwriter to tell us everything we needed to know, doing so in typically irreverent Hives’ fashion. Here are the highlights of that conversation.

American Songwriter: There are a lot of artists doing live streams out there that promote an intimate experience. But you guys wanted to bring your stage show to people as much as possible. Can you elaborate on your distaste for the unplugged approach?

Pelle Almqvist: You can go to a friend’s house and they can play guitar for you and sing. But it’s not really conducive to a loud five-piece rock band. We never really thought the unplugged thing was for us. I think we tried it once and it was terrible. We decided that it’s electricity for us.

AS: So that means that we won’t be seeing anybody playing in sweatpants?

Pelle: It’s show business and we like a bit of show business. I’m not so certain that it’s better to see somebody in sweatpants than somebody in a superhero outfit with fireworks. Maybe it’s a personal preference.

AS: When you started putting this idea together, what elements did you want to include?

Nicholaus Arson: I think it was tricky. We watched a lot of live streams and a lot of other videos and then started to zero in on what we liked, what made you feel like you were actually there. We noticed that these other shows were very often only shot with one camera, and very often it was almost bright lights, never show lights. And it was in a room that looked like an empty stage. There were a lot of things we thought we should work with that make you feel like you’re there with the band, more so than you are just watching a band perform. When you have an empty stage, it looks like the band is performing but with no one else. You want to get the feeling almost like you can walk around with the band. And as soon as you cut to another camera, it feels like you were removed from the room you were just in. But we have a plan.

Pelle: I’m terminally bored. You wake up, have coffee and you just want to go to bed again. In Sweden in January, it’s very, very dark. The days are very short. It would have been nice to be in the States or in Australia or South America at this moment, but unfortunately, that’s not the world we live in right now.

Nicholaus: The weird thing is that I don’t think I’ve ever been as excited to play as I am now. It’s been absolutely awful to sit around at home. Even though we’re working on new music, what we should be doing is touring, playing live.

AS: How important was it to have that interactive element with the audience?

Vigilante Carlstroem: I think it’s very important. We did one live stream already and It’s really fucking hard to not have a crowd to play in front of. To have the possibility to check in on them makes it more interesting for us.

Nicholaus: A lot of live streams we see, they might be live, but there’s no way of telling because you can’t communicate with them. There’s no way of knowing if it happened now or happened a month ago. For us and the fans, this will let you know it’s actually happening as you’re watching.

AS: I love the element of having crowd noise that actually belongs to the region that’s your target audience for each show. Is there a certain city’s heckling that you prefer?

Pelle: There are so many rabid fans at our concerts that I usually don’t hear the heckling. We’ve toured the world for twenty years or something. And we have become applause connoisseurs. We can tell a Sao Paulo crowd from a Berlin crowd. It’s like fine wine to us. Like, ‘Oh, it’s a 2014 Berlin crowd.’

AS: What is it about the nature of the kind of rock and roll that you play that makes the live shows such a cathartic experience?

Nicholaus: Rock and roll is a physical thing. When we used to go to shows as a kid, 50 percent is the band, and 50 percent is the crowd. With this COVID situation, it just cuts out 50 percent of the show, which is why we we’re putting all this stuff in there. Sometimes, we’ll have a friend over sitting on the couch while we rehearse. That’s at least one person for us to try and impress. That’s what makes us a good live band. We like impressing people. And we also think that it’s way more fun to have that. It’s fun even rehearsing for these shows, because for a couple of days, you get to be physical around music.

AS: You’ve got this tour coming up. What about the possibility of new Hives music?

Pelle: We have a lot of songs, and we think a lot of them are good. We still haven’t figured out how and where to record them. We had planned to go to the States to record them, but that got shut down by COVID. There’s still some stuff to figure out, but it’s not for lack of songs. We should be able to figure the rest out without arguing too much.

AS: Finally, what message can you give to fans about what they can expect from these Hives shows?

Nicholaus: There’s that shiny Hives glow where there once was none. It’s kind of like discovering a new continent.

Pelle: A spot of sunshine in a dark world. If you’re up for that, it’s just 15 bucks. You can’t go wrong. 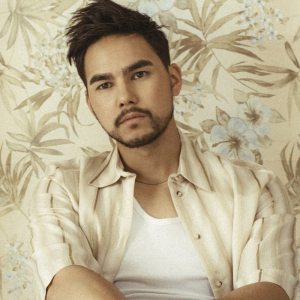 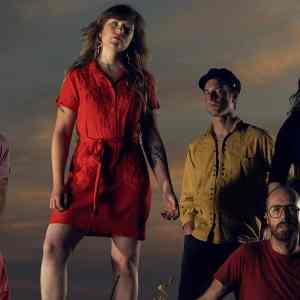