Multiplatinum Toronto-based pop singer-songwriter Tyler Shaw released his latest single, the romantic, emotive “When You’re Home,” on January 15—and it certainly has an unusual origin story. “It’s actually kind of funny,” Shaw says when asked about what inspired the song. “I was playing video games one night and I was like, ‘I’m bored of this game,’ so I was online looking for a new video game to play. I came across this one trailer of a video game. I was like, ‘Oh, this looks interesting.’ The music on the video game was this waltz-y 6/8 time feel, and for some reason, it just hit something in my brain. I was like, ‘I really like this.’ So I recorded a little bit on my phone and I was like, ‘I want to make a song kind of like this.’”

That moment of inspiration led to an easy writing session for “When You’re Home,” which Shaw recalls only took about 45 minutes to write. He felt so good about it that he immediately cut a demo for it. When he listened back to that the next day, “the feeling was just accentuated tenfold, which is always a good thing when you’re writing a song,” he says.

Putting “When You’re Home” out now, when things are still so restricted everywhere due to the pandemic, is actually good timing, Shaw says. “because of the lyricism and the warmth and comfort it brings when you listen to the song.”

Even now, Shaw says, he’s still exploring who he is through his artistry. “Every session I go in, I try to write the most real song possible, the most relatable song possible,” he says, “but I’m also writing from true experiences. If it’s not genuine, people can see through that.” His approach seems to be working: in his native Canada, he has had seven Top 10 singles. In 2019, his song “With You” was the most-played song on Canadian radio.

Shaw was able to put his status to good use last year when he spearheaded ArtistsCAN, a collective of Canadian artists who recorded a cover of “Lean on Me” to benefit the Canadian Red Cross COVID-19 relief efforts. The track features a Who’s Who of Canadian musical artists: Michael Bublé, Sarah McLachlan, Avril Levine, Justin Bieber, Bryan Adams, Geddy Lee (of Rush), and many more.

This project came about after the song’s composer, Bill Withers, passed away last March, and Shaw and his manager “were talking about his legacy and all his amazing hits and what he’s done for the music industry. And obviously the song ‘Lean on Me’ came up in the conversation. I was like, ‘I should probably do a tribute, a cover on my Instagram.’” After further discussions, though, they realized they could make it something much bigger and not only honor Withers, but also offer charitable help during the pandemic. Shaw and his team decided, “Let’s give back to our nation. Let’s give back to the world with music. So I called my good friend Fefe Dobson and I was like, ‘Are you in for this?’”

Dobson was, and so they began reaching out to all the Canadian artists they knew (Shaw says almost everyone who was asked agreed to do it). Shaw also gives much credit to Toronto-based producer Jon Levine (who has worked with Drake, Avril Levine, and Bebe Rexha, and also produced “When You’re Home”) for helping to create the track and convincing artists to participate.

Shaw says that they pulled the single together in about three weeks. “That is not a long time at all to record something and turn it around,” he says, “so it was stressful, but at the same time such an amazing experience to see this community come together to raise money for COVID-19 relief.” All of the proceeds from the song are being donated directly to the Canadian Red Cross.

Shaw actually has a long track record of doing charitable work. “Back in high school and university, I would always be involved in fundraising for different causes, whether it was feeding the homeless or giving my talents for a 30-minute set at some kind of fundraiser.” He continues to work with a variety of organizations. “That’s kind of what I need to do in order to stay sane and stay as real as possible without going too ‘head in the clouds’ and all that nonsense that you hear a lot of celebrities and artists going to.” Working to help others, he says. “brings you down to earth a little bit, which is important.”

Shaw credits his family for giving him a good foundation as a person and as an artist. He grew up in a musical family in Vancouver—“My great-grandparents were in a polka band, so it runs in the blood,” he says. He was inspired to play music himself after his other brother began playing the drums. “I was like, ‘Oh my God, that’s the coolest thing ever! I want to be like my older brother.’ So that was the first introduction into playing my own stuff.”

With a laugh, Shaw recalls writing his first song when he was thirteen years old—it was a lovelorn ode to a girl he had a crush on, which he wrote using a guitar he could barely play yet. By the time he moved to Toronto in 2012—the hub of Canada’s music scene—he’d matured so much as a writer, multi-instrumentalist, and performer that he quickly built a reputation for himself. “It’s been a hell of a journey and I wouldn’t change it for anything,” he says. 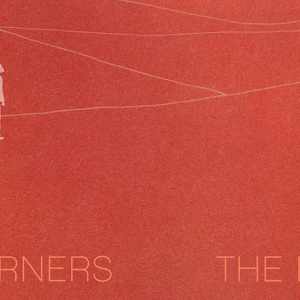