Lennon, McCartney, Jagger, Richards, Bowie and others on the galvanic force of Little Richard on rock & roll

Richard was, as he once declared, the “inventor,” the true architect of rock and roll. Not only a remarkable songwriter, singer, pianist and passionate performer, he was without question one of the most singularly galvanic forces in rock, a songwriter-performer so influential that rock & roll as we know it, if not for Richard, would not have been the same.

Evidence of this abounds. It’s there, of course, in Paul McCartney’s singing from the start, and songwriting, which was forever empowered and expanded by the spirit of Richard.

His songbook contains many of the first classics which defined rock and roll. A short list says it all” “Tutti Frutti,” “Slippin’ and Slidin’,” “Miss Ann,” “Long Tall Sally,” “Rip It Up,” “Good Golly, Miss Molly,” “Lucille,” and many others all came from the heart and soul of this man.

Here in the words of so many who came in his wake is the truth, that although other rockers received more credit for the birth and life of rock & roll, it was Little Richard who made the crucial difference in their lives. Although Elvis was dubbed the king of rock and roll, even he seemed to recognize that if Little Richard were white, he would have been the first to wear the crown. “He was the greatest,” Elvis said of Little Richard.

Not unlike the unabashed self-love and lack of false humility Muhammad Ali came to personify, Richard never shied away from embracing his glory, and agreed that he was the greatest.

“I think if Elvis were black,” he said, “he would not have done as well.”

In later years he turned this into a joke. “If Elvis is the king of rock & roll,” he said, “then I’m the queen.”

His influence on the arc of rock and roll is well-established. Countless legends of rock said that it was hearing his music for the first time that changed everything. Because of him, they knew that playing rock & roll was not merely  an option. It was all that mattered.

David Bowie, when asked what caused him to become a musician, answered immediately with a name, and one name only: Little Richard. And then he explained:
|
“If it hadn’t have been for [Little Richard],” said Bowie, “I probably wouldn’t have gone into music. When I was nine and first saw Little Richard in a film that played around town—I think it was probably Girl Can’t Help It —seeing those four saxophonists onstage, it was like, “I want to be in that band!” And for a couple of years that was my ambition, to be in a band playing saxophone behind Little Richard. That’s why I got a saxophone.”

John Lennon remembered the moment his life was changed by Richard. Up until then he thought Elvis was the greatest, and nobody else could compare. That is, until he heard Little Richard.

“I was at school,” said Lennon in 1970, “and this boy said that he’d got this record by somebody called Little Richard who was better than Elvis. The new record was Little Richard’s ‘Long Tall Sally.’ When I heard it, it was so great I couldn’t speak. I didn’t want to leave Elvis, but this was much better.

`Then,” Lennon continued, “someone said `It’s a n**** singing.’  I didn’t know negroes sang.  So Elvis was white and Little Richard was black. This was a great relief. `Thank You God,’ I said. `There is a difference between them.’”

Lennon’s partner Paul shared the Little Richard love. “The first song I ever sang in public,” said McCartney, “ was `Long Tall Sally.’ I love his voice and I always wanted to sing like him. When The Beatles were first starting we performed with Richard in Liverpool and Hamburg, and we became close friends. Richard is one of the greatest kings of rock and roll.”

R&B singer and bandleader Johnny Otis put it this way: ““Little Richard is twice as important as the Beatles and Stones put together.”

The Stones’ Keith Richards agreed. Even with his well-known love of Chuck Berry, nothing compared to meeting, and sharing a stage, with Richard.

Mick Jagger said Richard was his first idol, “I had heard so much about the audience reaction,” said Mick, “that I thought there must be some exaggeration. But it was all true. He drove the whole house into a complete frenzy. There’s no single phrase to describe his hold on the audience. I couldn’t believe the power of Little Richard on stage. He was amazing. Chuck Berry is my favorite, along with Bo (Diddley), but nobody could beat Little Richard’s stage act. Little Richard is the originator and my first idol.”

Back in 1979, when asked what led him into rock & roll, he offered this answer, admitting it wasn’t an easy choice for him, being a black man raised on blues, and feared he would not be accepted. It was a secret passion for some time, he said. But the secret got out.

“When I first came along,” said Richard, “ I never heard of any rock & roll. I only heard Elmore James, Muddy Waters, Sonny Boy Williamson, Ruth Brown and Roy Brown. Blues. Fats Domino at the time was playing nothing but low-down blues. When I started singing [rock & roll], I sang it a long time before I presented it to the public, because I was afraid they wouldn’t like it. I had never heard nobody do it, and I was scared.”

“I was inspired by Mahalia Jackson,” he said, “Roy Brown and a gospel group called Clara Ward and the Ward Singers and a guy by the name of Brother Joe May. I got the holler that you hear me do – “woo-ooh-ooh” – from a lady named Marion Williams. And this thing you hear me do – “Lucille-uh” – I got that from Ruth Brown I used to like the way she’d sing, “Mama-uh, he treats your daughter mean.” I put it all together.

“I really feel from the bottom of my heart that I am the inventor [of rock & roll.] If there was somebody else, I didn’t know them, didn’t hear them, haven’t heard them. Not even to this day. I’m the architect.” 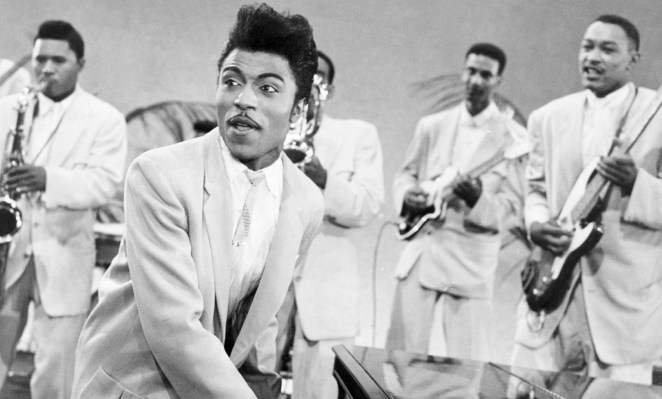 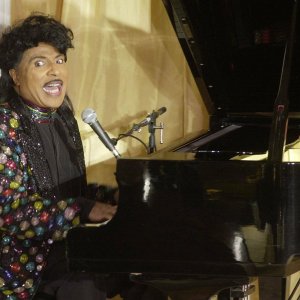 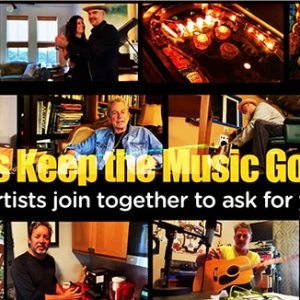