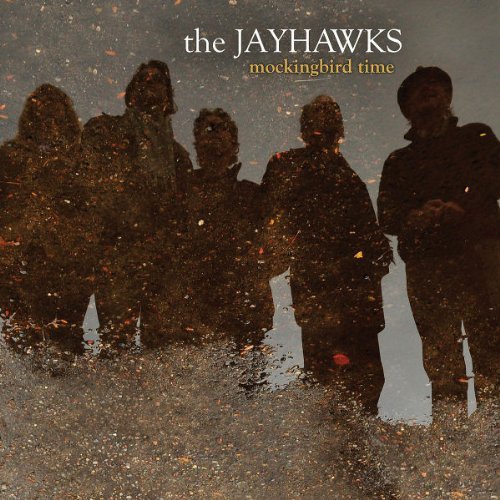 It doesn’t feel like The Jayhawks have ever really left us. But it’s good to have them back. Yes, we’ve got fantastic reissues of Hollywood Town Hall and Tomorrow The Green Grass, the first official release of the Bunkhouse album, an anthology, and albums from Gary Louris and Mark Olson, both together and solo, all since 2008. That might count as a Jayhawks overdose for some.

But when the first chords of “Hide Your Colors” churn and Louris and Olson kick into their unique harmony, it’s a confirmation that the full band is plugged in again and back in shape on their new release, Mockingbird Time. It’s Americana in the best sense of the label, informed by country, ‘60s roots rock, and a dash of Motown. “Colors” and “Closer To Your Side” would fit snugly with a lot of Hollywood Town Hall or Tomorrow The Green Grass, the last album the band recorded before Olson left in 1995.

About two and a half minutes into “Closer,” we get the first hint that something is a little different in the droning bridge with pounding toms. The band has reconvened with a few new ideas. The bluesy folk of “Tiny Arrows” and the mellow country-picking lament “Pouring Rain At Dawn” would fit easily on Louris’s Vagabonds. Similarly, “Mockingbird Time” echoes some of the gentler moments from Olson’s Many-Colored Kite. “Hey Mr. Man” is defined by a Stonesy riff with a marching rock beat straight out of the 1966 Hit Parade. “Cinnamon Love” relies on an even heavier blues riff with a wailing harmonica.

Louris’s solo on “Stand Out In the Rain” has more in common with Eric Clapton’s Strat through his pinched wahwah pedal than the Neil Young-like overdrive from earlier albums. There is the sitar-like solo over the Who-like droning bridge of “High Water Blues,” ratcheting up the tension so that when the verse comes back, it’s recontextualized with more kick.

The lush country waltz of “Guilder Annie” could be seen as a nod to the band’s earlier, twangy roots, until it gets to its heavier bridge with battling backwards-recorded guitars. “Black-Eyed Susan” is the weightiest song on the album. The chorus lingers with the same kind of foreboding as “Witchita” or “Two Angels.” It also has a more active string section, which fades up in the mix as Olson hits the plaintive apex of the narrative.

The infusion of some new styles and approaches shouldn’t be a surprise. Louris and especially Olson have explored their own work away from the Jayhawks. And while everyone in this line-up has played in the band before, this is the first time this group – Louris, Olson, bassist Marc Perlman, drummer Tim O’Reagan, and keyboard player Karen Grotberg – have recorded together. There have been many incarnations of the band, and the sound has shifted, if only slightly, for each. It’s tough to define the Jayhawks’ “classic” sound. It starts with Louris and Olson’s harmonies and gets more ambiguous from there.

“Hey. Mr. Man” ends the album with the question, “Will you ever, ever go home/Go back to the farm?” It’s unclear whether the first clause is a question and the second an order. It would be a reach to say the band is asking that question of itself, but it’s appropriate nonetheless.

Louris said in Rolling Stone that the goal in recording Mockingbird Time was “to make the best Jayhawks album that’s ever been done.” That’s an awfully tall order. This is a solid album that will make fans happy without an instant classic like “Waiting For The Sun” or “Blue.” But it also has the rare quality of improving with repeated listenings, so that classic tune may yet emerge. Mockingbird Time catches a band expanding its sound. What does that mean for the future of the Jayhawks? Let the critics wonder. 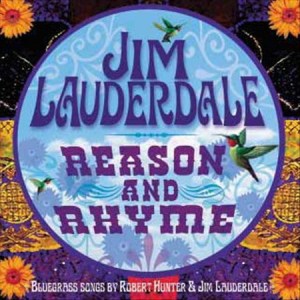