“Alternative Americana”? “Psychedelic Country Soul”? Dr. Dre? The only link that connects these unlikely bedfellows is the new album from The Long Ryders.

The band’s first release in over three decades was recorded over a productive week at Dr. Dre’s LA studio, made possible by an old friend of the group, now Dre’s personal assistant. The Ryders’ classic line-up reconvened for a week of tracking with veteran producer/multi-instrumentalist Ed Stasium (mentioned in the notes as the “fifth Long Ryder”) in November, 2017. Why it has taken over a year to see the light of day isn’t clear, but with their timeless sound still intact — and arguably as potent as ever — old fans will be thrilled. Those unfamiliar with the West Coast twang-heavy quartet’s catalog will want to grab their old stuff to hear what they missed.

With three strong singer-songwriters and electric guitars a-strumming, The Long Ryders pick up where they left off in 1987 with their swan song, the superb Two Fisted Tales. These 11 originals and a terrific cover of Tom Petty’s “Walls” find a sweet spot between the Byrds, the Burritos, Buffalo Springfield, and the Bangles, with members of the two latter acts guesting on a few tunes. Add the dusky red dirt grit of The Band, especially prevalent on “Bells Of August” (which sounds so much like the Robbie Robertson-led outfit, you’d think it was an outtake from them), and you’ve got a twangy, rocking entry to The Long Ryders’ rather slim catalog that’s every bit as accomplished as anything they cranked out back in the ’80s.

The “psychedelic” element is relegated to the final title track, and at this stage in the development of Americana — which they clearly had a hand in creating — there really isn’t much that’s “alternative” here. But these songs, most written by either guitarist/singer Stephen McCarthy, frontman Sid Griffin, or bassist Tom Stevens — sometimes collaborating with each other or guests — are solid chunks of country-inflected rocking.

Tracks like McCarthy’s chiming “Gonna Make It Real” and Griffin’s sweeping “Molly Somebody” (written with Translator’s Steve Barton) are hooky and rootsy slabs of what always made The Long Ryders a cut above their contemporaries.  Those familiar with Australian singer-songwriter Paul Kelly might recognize similarities to his music in the pedal steel guitar mid-tempo rocker “The Sound.”

The thumping opener “Greenville” makes a powerful lead-off to an album that’s not just an impressive follow-up to a career that fans thought was long over, but a splendid entry into the contemporary Americana field, one that The Long Ryders had an underappreciated hand in crafting. 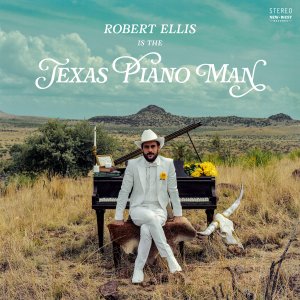 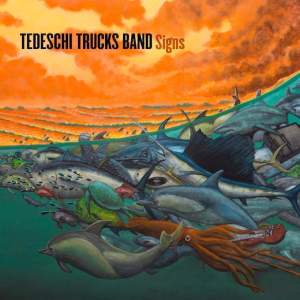