Several months after the death of AC/DC vocalist Bon Scott on Feb. 19, 1980, the band decided that they would continue on with new singer Brian Johnson and started recording their seminal album Back in Black.

A tribute to Scott, Back in Black sold more than 50 million copies worldwide and is one of the best-selling albums in music history with bombastic singles “You Shook Me All Night Long,” the title track, which was originally written by Scott, and the opening “Hells Bells.”

To honor Scott, the band wanted to open the album with the tolling of a bell. What they found was a 2,000-pound bronze bell manufactured by John Taylor Bellfounders in Loughborough England. The solemn chimes are broken by Angus Young’s sepulchral guitar riff and into “Hells Bells,” setting a new tone for AC/DC.

Written by guitarists Angus and Malcolm Young and their “new” singer Johnson, “Hells Bells” had a straight forward meaning. The term “Hells Bells” is an exclamation of anger or surprise and within the context of the lyrics, the song was referencing someone “raising hell,” which is what Scott was known for doing.

I’ll give you black sensations up and down your spine
If you’re into evil, you’re a friend of mine
See my white light flashing as I split the night
‘Cause if good’s on the left, then I’m sticking to the right

The History of “Hells Bells”

Used in the U.K/ and the U.S.A. since the mid-19th century, the term “Hells Bells” came into more common use within the first half of the 20th century when Australian soldier Joseph Maxwell used it in the title of his 1932 WWI memoir, Hell’s Bells and Mademoiselles.

Produced by John “Mutt” Lange, who also worked on AC/DC’s previous album, Highway to Hell, a majority of Back in Black was recorded at Chris Blackwell’s Compass Point Studios in the Bahamas.

“Mutt [Lange] says, ‘Tonight we’re gonna do “Hells Bells,” Brian,'” remembered Johnson of the recording process. “I’m thinking, ‘Hmm, “Hells Bells,” right.’ I’d just done ‘Back in Black,’ so I thought, ‘Can it get any moodier?’ And then, right at that moment, there was a tropical thunderstorm the likes of which I’d never seen before. Mutt said, ‘Listen, thunder!’ And I said, ‘That’s rolling thunder. That’s what they call it in England.’ He says, ‘Rolling thunder, write that down.’

Johnson added, “The fucking rain came down in torrents, you couldn’t hear yourself. I was gone. The song was ready that night. I hadn’t even heard the track ‘cause they were busy doing it. It was whacked down in the greatest haste.”

I’m a rolling thunder, pouring rain
I’m coming on like a hurricane
My lightning’s flashing across the sky
You’re only young, but you’re gonna die

I won’t take no prisoners, won’t spare no lives
Nobody’s putting up a fight
I got my bell, I’m gonna take you to hell
I’m gonna get you, Satan get you

Recording at Blackbell’s studio in the Bahamas was a very bare-bones experience and one that creeped Johnson out while he was writing.

“I don’t believe in God or heaven or hell, but something happened,” said Johnson. “We had these little rooms like cells with a bed and a toilet, no TVs. I had this big sheet of paper and I had to write some words. I was going, ‘oh fuck.’ and I’ll never forget, I just went. I started writing and never stopped. And that was it, ‘Hells Bells.’ I had a bottle of whisky [and] I kept the light on all night, man.”

“He was shoved in prison [and] his back was broken,” said Johnson. “They were kicking him, shooting bullets into him and he was terrified. His pals knew that AC/DC was his favorite band so they hooked up a speaker to the skid of one of the Black Hawks and they were playing ‘Hells Bells’ over the rooftops. He took his shirt off and he crawled up to the windows and waved his shirt. That’s how they got him out. Ain’t that amazing.”

First and foremost, “Hells Bells” is a tribute Bon Scott, who was honored with a statue in his honor in 2008 in Fremantle, Western Australia. 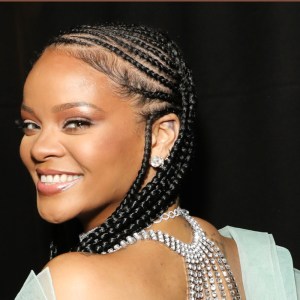 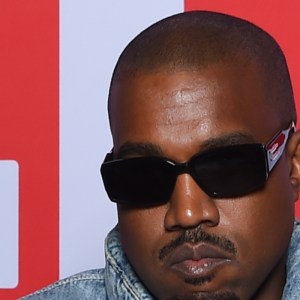