“Moon River” had a rich history before Andy Williams first sang it, but his rendition took the classic Breakfast at Tiffany’s theme to a new level. The dreamy song clearly left a strong impression on the artist, as he later named his company, theater, and autobiography after it.

The song impacted the world just as much as it impacted Williams. Although “Moon River” was performed by other phenomenal artists like Audrey Hepburn and Jerry Butler, Williams’ rendition of the song charted exceptionally well despite never being released as a single.

“Moon River” has won a number of awards for its hopeful lyrics and smooth composition, but Andy Williams’ rich tenor voice evidently brought out the very best in the song.

“Moon River” was originally written by composer Henry Mancini and lyricist Johnny Mercer for the 1961 film, Breakfast at Tiffany’s. Mancini revealed in an interview that it only took him about 30 minutes to compose the song.

“It had to be in keeping with the character of Holly Golightly, the star character in Breakfast at Tiffany’s, and I had to bear in mind the limitations of Audrey Hepburn’s voice,” he said. “I worked the whole song around a simple guitar basis, although the guitar isn’t heard much during the number.”

Mercer wrote the lyrics about a real river near his house in Savannah, Georgia. His window looked out at the river, and he had many fond memories there. The real river was originally called Back River, but it was officially renamed Moon River in honor of the song. Mercer’s home also became known as the Moon River House.

When the song was performed by Audrey Hepburn in Breakfast at Tiffany’s, it became an instant hit. Hepburn’s performance of “Moon River” won Best Arrangement, Record of the Year, and Song of the Year at the 1962 Grammys, as well as the Oscar for Best Original Song.

The lyrics of “Moon River” are simple, but powerful. The song runs for a brief two minutes and 24 seconds, and there are only three verses with no true chorus.

In the song, the river acts as a metaphor for a lover. It is described as both a dream maker and a heartbreaker in the same line, emphasizing both the delightful and disastrous outcomes of relationships. Even knowing that it could go badly, the narrator is still determined to follow their heart.

The song also expresses the youthful desire for a life of adventure. The narrator wants to follow the river to the rainbow’s end, implying that there is some kind of treasure or satisfaction that will come from seeing the world.

Two drifters, off to see the world
There’s such a lot of world to see
We’re after the same rainbow’s end
Waiting ’round the bend

The line, my Huckleberry friend, was not an artistic choice by Mercer, but a nostalgic one. Mercer revealed in his autobiography that the line was actually a reference to his childhood friend. They used to pick huckleberries near the river together in the summer, and he wanted to include the image in the song.

We’re after the same rainbow’s end
Waiting ’round the bend
My huckleberry friend
Moon river, and me

After performing “Moon River” at the 1962 Oscars, Williams named his production company and theater in Branson, Missouri after the song. He also used it as the theme of his television show, The Andy Williams Show, from 1962 to 1971. At the beginning of every episode, he sang the opening bars of the song.

In 2002, 74-year-old Williams performed “Moon River” live on the NBC 75th anniversary show. When Williams debuted his autobiography in 2009, he titled it Moon River and Me. The book was published just three years before his death in 2012.

Ten years after his passing, Williams’ version of “Moon River” was selected by the Library of Congress to be preserved in the National Recording Registry in April 2022. While the song has had an undeniable impact on music and culture, this achievement ensures that it will be written down in history—literally. 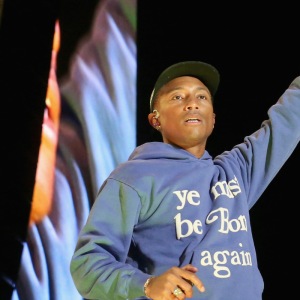