This Fourth of July, we’re taking a look at the meaning behind Katy Perry’s apropos song, “Firework.”

As much as you hear popstar’s hit single during the holiday weekend, the song really has very little to do with America.

Instead, “Firework” has to do with a more morbid concept: death, or more specifically, Katy Perry’s death. In a Billboard interview the singer said, “when I pass, I want to be put into a firework and shot across the sky over the Santa Barbara Ocean as my last hurrah.”

But where did Perry get this idea? She explained that she was inspired by the great American author, Jack Keuroac, and his 1957 novel, On The Road. “My boyfriend showed me a paragraph out of Jack Keuroac’s On the Road, about people that are buzzing and fizzing and full of life and never say a commonplace thing. They shoot across the sky like a firework and make people go ‘Ahhh.’ I guess that making people go ‘ahhh’ is kind of like my motto.”

The pop song was released in 2010 and was the third single off of Perry’s album Teenage Dream. As of August 2020, the record has sold over 3 million copies. With the help of director Dave Meyers, the song won MTV’s Video Music Award of the Year in 2011.

Not only was “Firework” one of the last songs to be recorded for her Teenage Dream album, but it was also her favorite track on the album. Perry tells MTV that “Firework” single is a metaphor for our inner selves. “I really think that’s why I wrote it,” she said after the MTV awards in 2011. “I really believe that people have a spark to be a firework.”

As for the glowing music video, which deals with the challenges of self-discovery, Perry and Meyers dedicated it to the It Gets Better Project. The campaign is a nonprofit organization that aims to encourage and empower youths who are undergoing struggles in the LGTBQ community.

“A lot of the times it’s only us that’s standing in the way of reaching our goals, fulfilling our destinies, being the best version of who we possibly can be, so that’s why I wrote it,” Perry told MTV.

Since “Firework,” Perry has earned 3 No. 1 hits on the Billboard charts, and has been nominated for 13 Grammy Awards. Her track “Roar,” off of her fourth studio album Prism (2013) was on Billboard’s Top 10 chart for over 15 weeks. She has won multiple MTV awards since “Firework,” including best video for “Dark Horse” (2014) and “California Gurls” (2010).

“Firework” continues to be a fan favorite over a decade since its release. Check out the explosive video below. 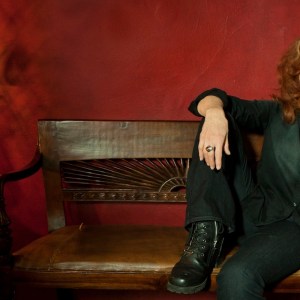 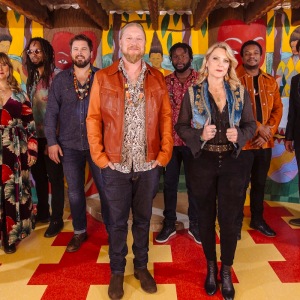