As I walk through the valley of the shadow of death / I take a look at my life and realize there’s nothin’ left—the soulful, shrewd lines of “Gangsta’s Paradise” have been blasting out of speakers since 1995. With Coolio’s thought-provoking lyrics and L.V’s gospel-tinged wail on the chorus, this track is impossible to shake.

Released in August of 1995 in conjunction with the Michele Pfeiffer-helmed film, Dangerous Minds, “Gangsta’s Paradise” not only transcended its original soundtrack placement but reached far and wide beyond the perceived limitations of hip hop during the era. The single clinched the No. 1 spot on the pop charts in 16 countries and became the No. 1 song on Billboard for the entire year, making it the first rap song to ever hold that distinction.

Since then, “Gangsta’s Paradise” has remained an eminent force in music to the tune of 3 million copies sold in the U.S. alone. As Coolio’s death was announced Wednesday night (Sept. 28), we’re paying homage to the iconic rapper by going through the meaning behind “Gansta’s Paradise” below.

The chorus of “Gansta’s Paradise” was taken from a Stevie Wonder track, “Pastime Paradise.” Larry Sanders, who goes by the stage name L.V. (Large Variety), started playing around with Wonder’s melody and sent a demo to the rapper who would eventually go on to record the track for Dangerous Minds.

The film follows an idealistic teacher, Pfeiffer, and her students in a troubled inner-city high school. Coolio wrote the verses to go along with the plotline of the film and the lack of control the kids have in their lives.

As I walk through the valley of the shadow of death
I take a look at my life and realize there’s nothin’ left
‘Cause I’ve been blastin’ and laughin’ so long, that
Even my momma thinks that my mind is gone

There are few opening lines that are as memorable as “Gangsta’s Paradise.” Even if you aren’t familiar with the rest of the song, you likely are able to chant along to the co-opted Psalm Coolio starts the track with.

In line with the movie, Coolio then begins to describe a prototypical life amidst the lure of street gangs in the first verse—striving for violence and getting nothing back in return with the threat of death always hanging around.

Elsewhere, he brings out the sense of pessimism which is part and parcel of growing up in such a situation. In the second verse, he doubts if he will even be alive a year from now. With an air of sarcasm, L.V. sums up the deluded “paradise” Coolio paints in the chorus.

Been spendin’ most their lives livin’ in the gangsta’s paradise

The music video for “Gansta’s Paradise” saw Pfeiffer reprise her role from Dangerous Minds. Initially, Coolio wasn’t pleased with director Antoine Fuqua’s treatment and instead said he wanted “some low-riders” and was “trying to take it ‘hood.'” Luckily he went with Fuqua’s idea and ultimately won a Video Music Award for Best Rap Video in 1996 and an enduring video in the annals of rap history.

“Michelle was kind of nervous because I don’t think that, up to that point, she’d ever been around that many black people in her life [laughs],” Coolio once said in an interview. “You know, my boys were ‘hood! But we had a good time. She came out and did her thing, and she killed it; it took her two takes to do her parts, and she was outta there.

“When I got the first edit back, I was like, ‘Wow, this could be big!’ But let me tell you something—I had no idea that it was gonna take on the kind of life that it took. I totally was still thinking, in my mind, that it was gonna be a ‘hood song. I was thinking to myself, ‘Man, with what’s going on in the video and what I’m saying, there’s no way white people are gonna get into this song. No way.’ But I was wrong.”

Though he may not have agreed with it when “Weird Al” Yankovic first came up with the idea, “Amish Paradise,” likely only helped the longevity of Coolio’s track.

Trading in Compton for the “mean streets” of Lancaster, Pennsylvania, “Weird Al” raps about harvesting grain and shunning “fancy things like electricity.” Diametrically opposed to Coolio’s paradise, the rapper was not a fan of the light-hearted parody at all when it was first released.

“I didn’t care, because Weird Al was doing everybody’s song like that. Coolio didn’t like it, though,” L.V. once said.

Yankovic added, “There was a lot of he said/she said going on at the time, and to this very day I don’t know exactly how the lines of communication got crossed. And I’m still truly sorry that it upset Coolio so much at the time.”

Years later, Coolio warmed up to the song and squashed his beef with the parodist, “I have to say, that was probably one of the least smart things I’ve done over the years. I should have never been upset about that; I should have embraced it like everybody else did. Michael Jackson never got mad at him; Prince never got mad at him. Who the fuck was I to take the position that I took? It was actually years later before I realized how stupid that was of me. But hey, you live and you learn. Me and Al, we’ve been good for a long time now.” 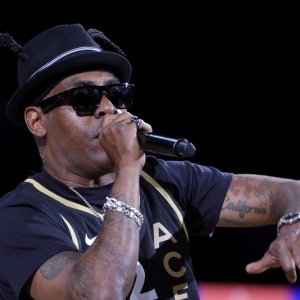 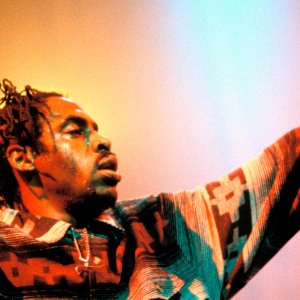