Don’t let the “concept” fool you, because when John Darnielle says the album loosely revolves around a struggling outcasts from Washington, that doesn’t explain how we get to Frankie Lymon’s final recording sessions in “Harlem Roulette,” or the disarmingly lucid schizophrenic hunting down “Counterfeit Florida Plates” from the grates he sleeps on, certainly not the Scarface rejoinder “Diaz Brothers” and frankly I bet lots of non-Seattle apartment complexes are called “Lakeside View.”

Whether Darnielle’s trying to con us (comeback album?) or himself (14 word-stuffed albums in, ambitions slowing down is hardly to be ashamed of), he has reached the stage where the canon is established and being responded to. What a run: from the lo-fi treasure trove that culminated in 2002’s plenty triumphant All Hail West Texas (I hear longtime fans love Zopilote Machine but I prefer Nine Black Poppies myself) to the trilogy of concept albums best-acclaimed by the cult of critics who began to recognize the now-more-than-one-man-band as a character-loving wordsmith akin to the Hold Steady or Drive-By Truckers. Tallahassee (dying marriage), We Shall All Be Healed (living tweakers) and The Sunset Tree (the death of an abusive stepfather) are more than enough to be proud of, we don’t have to try to sell people on the idea that a breakup album called Get Lonely is anywhere near as profound. And yet even still, Darnielle’s enjoyed quite a few triumphs post-greatest hits, from the deeply respected Bible study The Life of the World to Come to the extraordinarily poppy Undercard from side project the Extra Lens, which contained several attractive vignettes that wrapped up within a single song—even “How I Left the Ministry” in just 1:57. So like Lucinda Williams, or maybe even Rhett Miller, a very talented artist is coming to grips here with marking time, seeing what can be added to the canon, what new wrinkles can be tugged on. The Mountain Goats are now a trio at the top of their game live, with a canyon of great songs to pull from. Transcendental Youth adds a horn section. Fun.

Fuckups and outcasts and apparently the mentally ill don’t seem like a new venture for Darnielle, who’s said West Texas’ “Jenny” cameos in one track here, and the two parts of “Spent Gladiator” reprise the chorus “Just stay alive.” For a guy who had a fiery tweet directed at Mitt Romney go viral this summer, he puts a lot more stock in lines like “You can’t tell me what my spirit tells me isn’t true” to keep interpretations open rather than coming down on the ecosystem that exiles the mentally ill in the first place.

So it’s best to apple-pick: “Amy aka Spent Gladiator 1” (“Do every stupid thing that makes you feel alive”), “Cry for Judas” (“Some people crash two or three times then learn from their mistakes/ But we are the ones who don’t slow down at all”) and “The Diaz Brothers” (“Lead us to the beach by our hands/ And bury us there in the sand”) all rock with the triumphant conviction Darnielle promises, while “Counterfeit Florida Plates” (“So many so-called friends working for the government”), “Harlem Roulette” (“Everybody’s off the clock by ten”) and “Transcendental Youth” (“Clutch those broken headboards”) provide the delicate narrative detail we’ve come to expect. That’s half. The brass-orchestral ups and downs make Transcendental Youth an easier trajectory of peaks and valleys than the flatter, subtler All Eternals Deck, which was a little better album and didn’t quite showboat its interest in death despite starting with a vampire and ending with Liza Minnelli. Still, six for the canon on purely musical terms is all a world-class songwriter could ask for on his 14th album, even if his narrative flow softens here on some piano-and-brushed-cymbal tracks that even his cult might call the fare of a typical singer-songwriter. 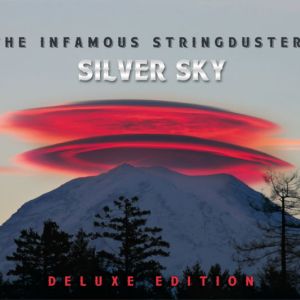 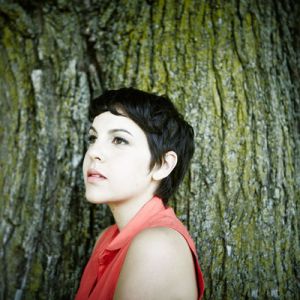