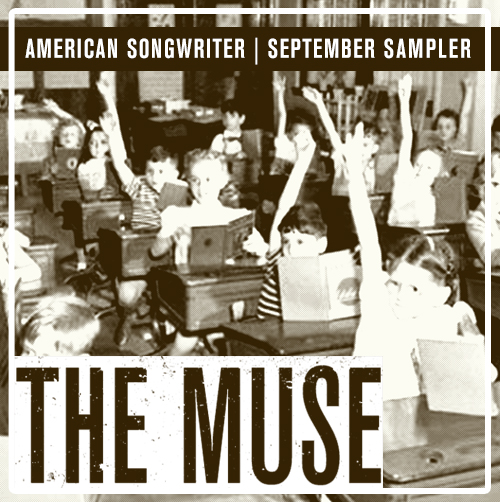 In conjunction with our September/October issue, American Songwriter proudly presents The Muse September 2013 sampler, featuring 12 must-hear tracks from some of our favorite artists. And the best thing about it? It’s free! You can download the sampler here: http://americansongwriter2013.bandcamp.com/

Okkervil River, “It Was My Season”

Will Sheff gets nostalgic on this bouncing, piano-propelled ode to teenage romance. We give it two thumbs up: one for the way Sheff sings these melodies like an urgent, half-crazed kid teetering on the edge of heartbreak, and another for the way he rhymes “I’m sorry” with “below the Atari.”

Johnathan Rice, “Nowhere At The Speed Of Light”

Last time we heard from Johnathan Rice, he was releasing an album of harmony-heavy pop songs with his girlfriend, Jenny Lewis. “Nowhere At The Speed Of Light” continues that thread, weaving Jenny and Johnny’s harmonies over a gooey, sugary chord progression. We missed these guys!

While tom-tom drums rumble in the background, these Nashville coeds stomp, swoon and harmonize their way through a minor-key tune about keeping tabs on the suspicious people in one’s life. Be careful; they’re watchin’ you.

Already known in electronica circles for his avant-garde synth pop, Arp throws a bone to its newer audience with “More (Blues),” an old-school soul tune that has more in common with Motown than Kraftwerk.  There’s a killer sax solo at the end, too, proof that this guy can do more than pound the ivories.

T. Hardy Morris kicks off his solo career with this dark, scuzzy slab of country-grunge. Recorded in Nashville, “Audition Tapes” mixes his southern roots with something swampy and sinister-sounding.

Duquette Johnston turns up the beat with this psychedelic dance-rock anthem, which swirls pedal steel, synthesizer and a nightclub-worthy beat into the same package. If the Stone Roses grew up listening to Americana records instead of ’80s pop music, they might’ve banged a similar drum.

Golden Suits, “Didn’t I Warn You”

Taking a break from Department of Eagles, Fred Nicolaus flies solo on this orchestral, woodsy song, which splits the difference between a chamber-pop opus and a campfire sing-along.

Saxophone solos, guitar riffs and toy keyboards are the name of the game on this slaphappy pop tune, which finds Furman working without his longtime backup band, the Harpoons.

Patrick Sweany, “Working For You”

A blues singer with a road warrior’s resolve, Sweany takes a good, hard look at his line of work – the travel, the cheap motels, the lack of compensation – and asks himself if it’s all worth it. The answer is a resounding “yes,” and Sweany treats this song like a rallying cry, howling the chorus with all the gusto he’s got left.

Frontman Matt Greene writes most of Belle Adair’s songs in the early a.m. hours, while his head is still fuzzy from a full night of sleep. He keeps things appropriately relaxed on this mid-tempo pop/rocker, which chugs along at cruising speed. This is music for Sunday mornings and hazy summer afternoons.

Amanda Shires, “The Drop And Lift”

Amanda Shires married Jason Isbell in February, but she steers clear of the sappy stuff on this bittersweet ballad, which likens love to the rise and fall of a sparrow’s path across the sky. “Falling is the closest to flying I believe we’ll ever get,” she sings, while her husband strums an acoustic guitar in the background. Ouch.

Hurray For The Riff Raff, “Cuckoo”

Twentysomething songwriter Alynda Lee Segarra may be a child of the ’80s, but she sings this folksong like a migrant worker from the Great Depression. It’s a raw, ragged ballad, laced with finger-plucked guitar and pining vocals. “Fly to this lonesome home of mine,” she begs her wandering lover, knowing full well that she’s on her own. 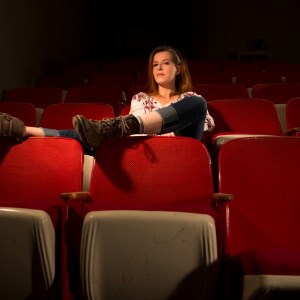 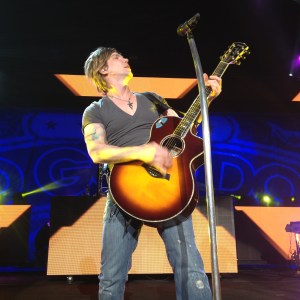