Alessi’s Ark is the project of London singer-songwriter Alessi Laurent-Marke.Alessi came up on Ben Lovett (of Mumford & Sons) Communion night in London, which also helped give rise to Mumford, Laura Marling, and Noah and the Whale.Her first album, Notes From A Treehouse, was produced by Bright Eyes’ Mike Mogis in Omaha, Nebraska, and embellished Alessi’s folk songs with strings and harp. That work feels closer to the twee bedroom folk of Belle & Sebastian, while 2011’s Time Travel is, as its title suggests, a travel journal of sorts.For her third album, The Still Life, Alessi traveled to Athens, Georgia, to work with longtime Bright Eyes engineer, Andy LeMaster. The new album moves away from the simple pastoral folk of her earlier work and becomes a study in electronic textures with dynamic arrangements and unexpected production choices. It’s easy to miss the mark when mixing folk and electronic elements, but The Still Life takes dead aim and delivers.

“I’ve been listening to the wind for you,” she sings on the album’s first single, “The Rain.”

More whimsical than Laura Marling (who has taken Alessi on tour as a special guest in both the UK and U.S.) but possessing the mischievous smirk of Nick Drake, The Still Life could be one of the great unsung albums of the year—though, let’s hope not.

After getting our international wires crossed in a failed phone attempt, we caught up with Alessi over email.

Your songs are often observations on the natural world. Do you think of yourself as an observer?

I haven’t given it very much thought until now but yes, I suppose I am an observer for the most part. I do like feeling involvement with nature too though and don’t always wish to sit or stand amongst it and solely observe. I love walking and listening.

There is a wonderful park in central London called St. James’ Park and it is one of my favourite places in which to take a stroll. There are always a lot of birds and ducks conversing along the waterside and at times, you can even spot pelicans. In the city!

I’ve read that Graham Nash’s Songs for Beginners had an early impact on you. Why did that album make you want to be a songwriter?

My mum shared Songs for Beginners with me when I was thirteen and hearing her describe her connection with the songs and the experiences that the record has provided a soundtrack for, I instantly fell in love with it. Graham’s lyrics resonate and still stand up with relevance and beauty now. The album was the catalyst for then discovering Neil Young and from his music, my ear for electric guitar and rock music in general was moulded. Thank you Mum!

You’ve worked with Mike Mogis and now Andy LeMaster. What do these producers bring to your songs?

Mike and Andy are extremely gifted, special, colourful fellows and they bring a variety of goodness to every project they touch. I really didn’t know the difference between a compressor and a capo when I first started working with Mike and so I am forever in his debt for having taught me about recording, the possibilities with sound and of the realm of a studio over all.

Andy really understood the different sonic journey I wanted to embark on for The Still Life and he exceeded my dreams and still does. He is one of my favourite people and I cannot wait for the world to hear his own record. We are in for a treat I am sure.

I saw you play on the French Legation lawn at SXSW a few years ago and it was a lot different from the album you’ve just made. What inspired this shift on The Still Life?

Between the first album and the newest, I have listened to a lot of different music and have been moved and inevitably inspired by experiences. Between age seventeen and twenty one, I think our ears are fine tuning and highly malleable and so it was really only on The Still Life that I think I was able to hone in on the sound I really wanted to create. Andy held my hand through the process and having Jake Bellows (a good friend of ours and collaborator from the first album) with us for some of the session was just amazing. Those two are a force! Bellows is unstoppable and has a new record of his own coming out soon too!

How do you plan to translate the arrangements on this record for a live show?

I am fortunate to be playing with two lovely gentlemen who are very versatile and open-minded to exploring live sounds. Between the three of us we use a synth, a little vocal effects “station,” a sampler, drums, electric guitar, bass and acoustic guitar. 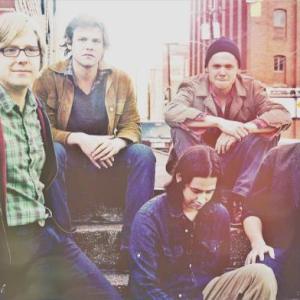 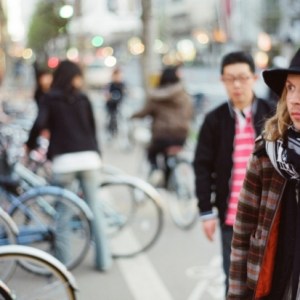