Songs are powerful medicine. They have a way of sneaking up on you, whether through an infectious groove that makes you spontaneously dance, or by ambushing you with introspective lyrics and haunting melodies. A song can punch you square in the heart and put a whole different spin on your day.

You could be out doing some shopping and walk into a store when you suddenly hear Billie Holiday singing “In My Solitude” or Otis Redding’s “I Been Loving You Too Long” and a moment later you find yourself lurking around at the dark end of Downer Avenue, overcome by memories and regrets. Songs with that kind of emotional depth can hammer you like a dose of sonic kryptonite and drop a Superman like you down to your knees in an instant.

Watch Humphrey Bogart in Casablanca as he belts back bourbon and tells Sam the piano man that if Ingrid Bergman can stand to hear their favorite song again, so can he. But after a couple bars of “As Time Goes By” you’ve got to wonder, as Bogie winces, if he’s really as tough as he seems. Or maybe that’s just smoke getting in his eyes.

For some folks it’s “All of Me,” or “Bye Bye Blackbird,” or Judy Garland warbling “Over the Rainbow” that kicks them, as Lord Buckley used to say, in their “most delicate gear.”

When Little Jackie Paper “comes no more,” it not only put “Puff the Magic Dragon” six feet under but bummed out a million Peter, Paul and Mary fans.

Scoff if you like but James Taylor’s “Fire and Rain” will forever keep alive memories of that old high school chum who, whether due to a fateful car accident or a handful of Quaaludes, never made it to graduation day.

Corny as it sounds, “Greensleeves” is the tune that always works my heart over harder than a lead pipe. More than my eyes, stomach or penis, it seems that my ears have always been the express lane to my soul. Whenever I hear “Greensleeves” I immediately begin drowning in an abyss of sorrow.

Images from the past start to flicker on the inside of my eyelids as the home movie of my life suddenly comes into focus: I was ten years old when the coolest kid on my block was riding his bike after dark and was killed by a drunk driver. Everyone was devastated. How could a boy of such promise be struck down before his fourteenth birthday? It was at that time that I concluded that life made little or no sense at all. Alexander was the kid who clearly had it all – a great athlete with a charismatic smile and a lucky streak a mile long, that was, until fate cruelly cut his short life even shorter.

The next day our school held a special assembly in his honor. The boys of the Newark Academy Glee Club stood tall in their crested black blazers with tears welling up in their eyes, trying not to crumble, while their hair, slick with Brylcreme, stood fast in the October wind. As they gently cooed “Greensleeves,” the custodian dug a hole and planted a young oak in his honor. Alexander’s death left a gaping hole in my soul about the size of an airplane hangar and just as cold and drafty.

No matter when or where I hear “Greensleeves” again I will forever be that ten-year-old kid at prep school, singing with tears running down my cheeks. From that point on everything in my life began to change, even my relationship with my mom. I’d always thought of my mother as a kind and loving human being incapable of hating anything. “Never hate anyone except Hitler,” she would scold. But even more than Der Fuhrer, my mom hated death. She found nothing poetic about the sweet perfume of rotting leaves in autumn and every year on Halloween she’d lock herself inside the house with the lights low while angry trick or treaters trimmed the trees with toilet paper and pummeled her car with eggs. You weren’t even allowed to cheer when a bad guy, who deserved to die, got his just deserts on a TV show. She’d shoot you down with a stern glare before a resounding “Cool!” could pass your lips.

To Mom there was nothing cool about death. She simply wouldn’t allow the subject mentioned in her house. A few years ago when her only sister, Hortense was dying of brain cancer, zonked out on morphine, hiding her chemo-bald head under a sparkly bright blue turban, Mom wouldn’t set foot in her house. From that point on, Mom figured Hortense was on her own.

Ten days later when I stopped by to escort my mother to the funeral, I found the front door locked. I stood outside of her house like an out of season Halloween spook pleading with her to let me in: “Mom, don’t be ridiculous!” I yelled up to her. “You’ve got to go to Aunt Hortie’s funeral for God’s sake! She was your only sister!”

A minute later her frail silhouette appeared in the window. “I’m not going to any goddamn cemetery. I’ll be there soon enough!” she grumbled. (Sadly, she was right on that account).

As everybody gathered at the gravestones, I offered my mother’s condolences, and tried to explain her conspicuous absence as well as her personal vendetta against death. A long line of relatives stepped up to the open grave to shovel dirt on Aunt Hortie’s coffin.

It’s then my cousin Ellen opened her flute case, assembled the instrument and began to play a song that Aunt Hortense requested. Of course, it was “Greensleeves.” 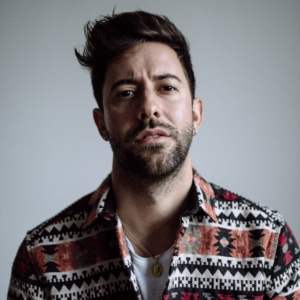 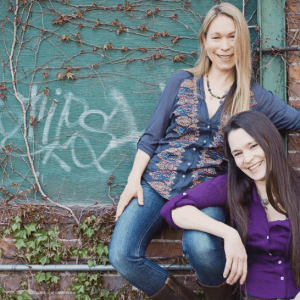