Search
Cart 0
Menu
Processed with VSCO with b5 preset

Rock act The Revel keeps glam alive with leather jackets, eyeliner and sexy riffs with the premiere of the video for their new jam “Everything Anything.” The new song comes from their EP Don’t Let Me Go and was produced, engineered and co-wrote by Jimmy Gnecco, who frequently works with the band, serving as a great mentor and writing inspiration.

The New Jersey brothers and front-men Dean and Dillon D’Antuono have rock’ n ’roll in their blood and found their livelihood by learning from classic rock greats.  The brothers pride themselves on performing high energy shows and writing upbeat, loud, no nonsense rock music.

“Feeling inspired while in the recording process, we wrote and recorded ‘Everything Anything’,” said Dillon.  “Having that high energy beat, and funky sexual groove – the lyrics were already in the song and we brought just them to life.”

“Everything Anything” is defined by its sexuality and driven by its suggestive lyrics like:  You got me on my knees, I’m giving it all for you.  Baby you’re the only one I see. You walk in the room it’s hard to breathe.  Oh, Baby what you want is everything, I’ll give you anything.

“It’s like being in love or chasing someone you love and wanting to do everything and anything with them,” said Dillon.  “The idea for the music video was to capture the high energy that the recording brings out. Coming together and brainstorming we all had similar ideas with the lighting and camera angles so we could capture the full vibe of the song.”

The “Everything Anything” video does all those things by accentuating the intended use of highly contrasted, flashy lighting.  Watching the video places you in the middle of it all and you almost feel like you are at a live show. The video lies heavily on the strength of the music, with minimal additional elements. Dillon and Dean are shown doing what they love, rocking out- Dean with his powerful and soaring vocals positioned next to Dillon’s groovy guitar licks-What more would you want?

The Revel has been fortunate and opened for several of their rock influences including Bon Jovi, Buckcherry, Blue Oyster Cult and Jimmy Gnecco.  Touring is an important element for the guys and they are set to get back on the road in 2020. 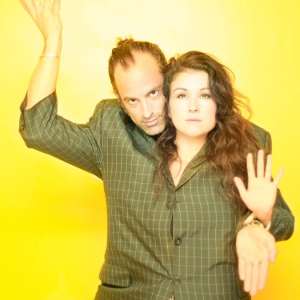 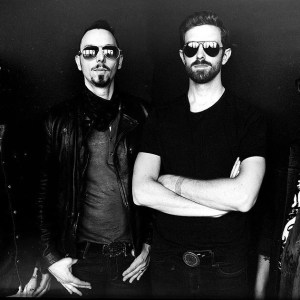