Drew de Man and Brianna Blackbird firmly believe music is meant to cause a stir. There is little room to skirt around one’s feelings and not tell it like it is. Together, they make up folk duo Heart Hunters, and with their new song “Smokin’ Potpourri,” premiering today on American Songwriter, they confront today’s politics with a cup of sly wit.

“Well, we’re just smokin’ potpourri / And we’re drinkin’ gasoline / Like we don’t feel a thing / And like the world was never mean,” sings Blackbird.

“Smokin’ Potpourri” is a real world-burner, leaving few untouched in their wake. They even toss in a scathing roast of Rolling Stone in the first verse. “If I gave up gripin’ about the government, about the pepper spray and the innocence / Tell me, would Rolling Stone call my number / And ask me to pose for next month’s cover?”

Named Best Atlanta Folk Duo from Creative Loafing, de Man and Blackbird both have long histories as solo musicians and writing songs spanning love, wanderlust, anger, and heartbreak. de Man founded band No River City in 2001 and toured with and shared bills alongside Americana staples like Iron & Wine and Calexico. Meanwhile, Blackbird ventured to Naropa College in Boulder, Colorado to study performance and social activism and later found her way to songwriting in Brooklyn.

Heart Hunters’ 2018 debut American Eclipse is very much rooted to the country’s then-rising political divide, but “Smokin’ Potpourri” feels more aggressive, fearless, and sharp. “You can choose to write dark material, and a lot of songwriters do that. We both like moody stuff like Elliot Smith, Leonard Cohen or Richard Buckner,” says de Man. “But especially now, with climate change on the table and fascism creeping around the world, there’s a sense of urgency. We’re never gonna do a Rage Against the Machine record or a punk rock record – that’s just not us.”

Musically, they stick to what they know best, and that’s roots and folk music containing bold lyrics to ruffle a few feathers. “It’s even more effective to clothe an overt, partisan, radical message in a country song. Every time I hear somebody name a musician as the new Americana star, and I go listen and the first thing out of their mouth is something about cigarettes or whiskey… please.”

Cynicism remains the lyrical linch pin as the duo delve into “life in late capitalism – in a pleasure-seeking culture that makes it so easy to knock back some drinks and party at a show,” offers de Man, “which is all well and good but you know how easy it is for a country song, or even an Americana song, to amount to little more than a party anthem.”

“Emma Goldman once said, ‘If I can’t dance, I don’t want to be part of your revolution.’ This is kind of the other way around: if you don’t want a revolution, why are you bothering to write songs? It’s high time we shook our collective ass to a rousing ‘To the barricades!’ anthem. We’re making fun of songs about smokin’ and drinkin’.”

de Man takes a moment to address music’s power to not only confront but to heal. “Imagine if the image somebody thought about all day was that of the women and children getting teargassed trying to cross the border for asylum. We all have to spend time coming to terms with what that says about the US, about our intolerance and lack of compassion,” he says.

Heart Hunters are set to play the Folk Alliance International Conference in New Orleans on January 24 through 26.

Listen to “Smokin’ Potpourri” below. 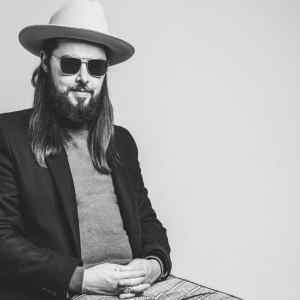 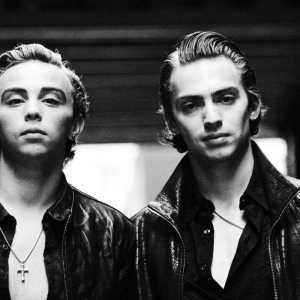