At the 2011 Grammys, then-67-year-old Mick Jagger was out from the get-go to tell the audience how it was gonna be. He wasn’t ceding anything to age. He still had the musical spirit and the stamina – and the physique – of a much younger Rolling Stone. And he sure didn’t act in what many would consider an age-appropriate way when he performed the late Solomon Burke’s “Everybody Needs Somebody to Love” on the telecast.

Wiry and hyper-animated, rail-thin and acrobatic, the brown-haired, blue-jeaned Jagger pranced, danced and promenaded his way through this rave-up of a soul stomper, urging the adoring audience to join in. He came out wearing a gold cape, which he doffed to reveal a resplendently glittery turquoise jacket. The band, fronted by younger guitarist Raphael Saadiq, kept the pace fast – once or twice Jagger even chased around or pushed off of Saadiq.

The performance, more than just a tribute to Burke, was a reminder – a revisiting – of the Rolling Stones’ 1964 appearance on The T.A.M.I. Show, when Jagger fronted his young band through a set of R&B/rock tunes. Now here he was, 46+ years later, still making the same kind of vital and exciting music.

When I say “didn’t act in what many would consider an age-appropriate way,” I mean he’s still performing rock ‘n’ roll like he means it. He hasn’t adopted an ironic or self-amused tone, churning out rote sentimental nostalgia for the oldies circuit. He hasn’t let the fury and power of his music – the connection to roots and authenticity – fade away with time.

And that brings up the enduring power of a song the Stones helped define – “Not Fade Away.” When they released their cover of a 1957 Buddy Holly B-side in the U.S. in early 1964, the Stones were trying to push into a market the bright-sounding Beatles (and the Dave Clark Five) were taking by storm. Their choice was to revamp the Holly song with a rough-hewn and scruffy percussive Bo Diddley beat, powered by Keith Richards’ opening guitar chords, eerily perched between minor and major key and a precursor of “Street Fightin’ Man.”

But the song was too bluesy with Brian Jones’ harmonica, too churning and guttural and too dangerous, to hit big on the U.S. charts, although the momentum of the British Invasion pushed it up Billboard’s Top 100 chart to No. 48. The B-side, a version of the Beatles’ “I Wanna Be Your Man,” accounted for a lot of the sales. (In England, “Man” and “Not Fade Away” had been released separately and both were big hits.) It took the Stones a couple more tries to get a big U.S. hit (“Time is On My Side”) and a full year for a single, “(I Get No) Satisfaction,” to rival the Beatles’ biggest songs.

Yet more and more, “Not Fade Away” has come to be one of rock ‘n’ roll’s most prophetic songs – for Jagger and the Stones, the other rockers of their age group, for rock-loving Boomers. It’s one of the Stones’ key recordings. As the years pass it sounds like the defiant shout of someone who has punched through the fear and loathing of “Gimme Shelter” and is still standing. Still performing with artistic commitment intact.

If you doubt that, look at the impressive list of iconic Boomer artists who perform it – like a badge of honor. Bob Dylan. Bruce Springsteen. Patti Smith. The Byrds. Tom Petty. James Taylor. Sheryl Crow. Tanya Tucker. You can see a powerful 1964 version by the Stones on YouTube, with Jones on harmonica and Jagger playing maracas. Perhaps the band after the Stones to do the most to establish the song in the rock canon was the Grateful Dead. According to Wikipedia, they performed “Not Fade Away” 530 times in their career; it was their seventh most-performed song. (It says something about the importance of the band to their fans that this is so well-documented.)

Back in the era when the Stones first recorded “Not Fade Away,” during the initial stages of the British Invasion, a rival band – The Who – recorded (it hit U.S. charts in early 1966) “My Generation.” It caused a huge sensation in the way a sputtering, stuttering Roger Daltrey made the famous line “Why don’t you all f-fade away,” a reference to older squares who didn’t get the Invasion, sound like he was going to say “fuck.” But even more striking was the line “Hope I die before I get old.” For a long time, that seemed like the slogan of the rebellious, counter-cultural rock generation. It appeared that “My Generation” would become an immortal rock anthem. But time marches on. Now, when the song is performed, it’s as a period piece, a wink at the illusions of youth, especially the romantic attitude toward death.

It has become post-modernist ironic. But “Not Fade Away” has not.

“Not Fade Away’s” release history begins when singer-songwriter-guitarist Holly and his band, the Crickets (Joe Mauldin on bass, Jerry Allison on drums, Niki Sullivan on rhythm guitar), were just finding their rock groove in autumn, 1957. They were putting some tracks just as the Crickets on the Brunswick label, and some just under Holly’s name on Coral. (Both labels were owned by Decca.) The Crickets’ “That’ll Be the Day” was the first breakthrough and “Not Fade Away” was the B-side of their second Top 10 single, “Oh, Boy!”

It hit airwaves just a month after the release of Holly’s first “solo” hit, “Peggy Sue.” (“Peggy Sue” was the bigger record) The flip side of “Peggy Sue” – “Everyday” – was recorded at the same session as “Not Fade Away,” on May 27th. So “Not Fade Away” both got lost in the onslaught of Holly product and was a part of Holly’s breakthrough season. Although on a smaller scale, Holly’s breakthrough was a harbinger of 1960s rock bands – a self-contained, unaffected rock band scored with simultaneous singles of its own material. That’s one reason Holly’s music became so treasured by later rockers.

Holly’s “Not Fade Away” has some of the dense, involving rhythm guitar work typical of his superb band, but it’s also a little, excuse the pun, chirpy. He and the others contribute now-dated, prominent back-up vocals, “Ooh bop wop bop-bop,” that sort of sound the way a kid from the wide open plains of Lubbock, Texas, might interpret urban doo-wop music.

The lyrics, credited to Holly (as Charles Hardin) and his producer in Clovis, N.M., Norman Petty, were demanding about chasing an object of affection. The song’s subject is almost a stalker, chasing a girl who’s not interested: “I’m a-gonna tell you how it’s gonna be/A-you gonna give-a your love to me” is the opening line. And then, “My love a-bigger than the Cadillac/I try to show it ‘n you drive-a me back.” (The Stones took the hiccupy accentuations out of the vocal delivery, helping to modernize it.) You can imagine Holly, born before the Baby Boom but just barely past his teen years at the time, imaging the Cadillac as the biggest, best, most powerful, most important object in the world. But not bigger than his love for…”you.”

In its adamant insistence about winning the love of another, underscored by driving rhythm, the song feels influenced by Diddley’s 1956 “Who Do You Love.” Lyrically, it isn’t as weird – how can you match Diddley’s “Got a brand new house on the roadside/made out of rattlesnake hide.”

But it has one absolute masterstroke: That title phrase. It’s grammatically awkward, not even completely coherent. I think it implies “My love for you is so important I’ll never, ever let it fade away.” But that would be a confession. Repeating “not fade away” raises the term to a command, a chant, an incantation. It gives it almost spiritual meaning, which is why the song continues to mean so much. Does anyone really care about the rest of the lyric?

There may be another reason, too, for the song’s ongoing popularity. Holly died in a shocking plane crash on Feb. 3, 1959, in the middle of a cold Midwest concert tour known as Winter Dance Party. It’s been memorialized time and again in pop culture, in film, literature and song (“American Pie”). In a way, the Stones’ “Not Fade Away” was an early memorial – a cri de coeur to not let Holly’s legacy ever be forgotten. And now, when the musicians with 1960s (and later) roots continue to play it as they begin to consider their mortality, it’s a promise they won’t let that happen to their own, either. My guess is younger musicians – and future ones – will be doing the same. 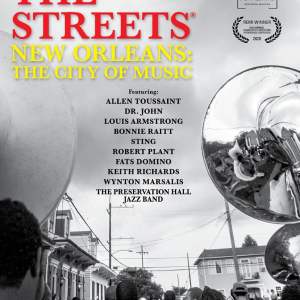 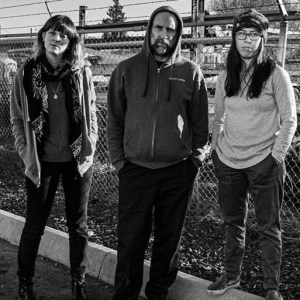