For a moment, think of your favorite bands. The Beatles, Led Zeppelin, Heart, Bruno Mars, Salt-N-Pepa. While all of these groups comprise stellar musicians and creative minds, what brings them over the proverbial top for you, most likely, has nothing to do with musicianship, per sé. Often, our favorite tunes have less to do with the music and more with the people who make them. There is that unknowable chemistry – what the French call a certain Je ne sais quoi. But while the quality is hard to pinpoint, it’s not often hard to notice, in a general sense. And the Seattle rock band, Naked Giants, permeates that special element. For evidence, look no further than the band’s latest single, “The Shadow,” which we’re happy to premiere today.

“It’s kind of hard to put into words when you have that jam-feeling with somebody where it just clicks,” says Naked Giants guitarist, Grant Mullen. “It’s almost like we read each other’s minds but at the same time, we go places that also surprise each other. It’s an attitude.”

To see Naked Giants is to believe it. The band, especially when playing live, is energized. It’s like running an electric current through an already healthy battery. Mullen, along with wild drummer Henry LaVallee and melodic bassist Gianni Aiello, are a tornado wrapped in a torrential storm. There are bolts of lighting, precipitation, thunder and whirlwinds before the set is finished. But little, if any, of that energy is lost on the trio’s newest LP, The Shadow, which is set for release on Friday. The 11-track rock record, which has already offered several singles, is lively, ponderous and powerful.

Naked Giants, which formed fist as a duo with LaVallee and Mullen and later incorporated Aiello, got its first big break at the 2015 Sound Off! music competition in the Emerald City. The band finished second in the competition and, as a result, formed many important business relationships that have since helped the group grow. For a few years, Naked Giants was touring support for the popular rock group, Car Seat Headrest – even backing CSHR front man, Will Toledo, at the “World’s Most Famous Area,” Madison Square Garden. But more than any accomplishment or resume line, it’s the group’s comradery that’s essential.

“If we were hired guns who showed up to rehearsal and left, the songs we produced from the three of us would be much different,” LaVallee says. “Over the years, we’ve found it important to do things like go on hikes and tend to the garden of our friendship – it’s important.”

In the six years since forming the group, the members have grown up together. There are stages of personal development, Aiello notes, and, recently, the three members have been there together through significant personal and creative evolutions. Normally, as people get older, their friend group shrinks. But for a close-knit band that often tours (when not in a pandemic), this is the opposite.

While the band is unable to tour now – like every other group on the planet – the members say they are spending more time teaching students in their spare time. This, as a result, has allowed them to see, in a way, how far they’ve come since their own early novice stages. That each member has enough musical wisdom to impart on new students is a testament to all the individuals have learned along the way from investing time, energy and resources into the band. Each member of Naked Giants credits family for introducing them to music, they are in turn helping to build the next generation.

“Music is a constant source of curiosity and inspiration,” Aiello says. “There’s always something around the corner that you haven’t experienced yet and that’s so exciting. I think that’s something we’ve all seen from teaching music to kids too, lately. It’s so cool to have the reminder that we each started there at some point. And that we still have a long way to go.”

Naked Giants is still a young group and, of course, there is still a long way for the band – or any band, for that matter – to develop. But, to date, the trio has produced some stellar work, including their latest LP. For the album, the band boasts catchy songs like “(God Damn!) What I Am” and “High School (Don’t Like Them)” and thoughtful songs like “Television” and “Song For When You Sleep.” The record, though this was not the catalyst for its creation, is a perfect example for why rock ‘n’ roll is not dead and never will be.

“I’ve always felt very self-empowered by making rock,” Mullen says. “You can put a lot of feeling into it and it’s empowering to make really loud noises. I’ve always just liked that about rock.”

But more than any genre, the majesty of music is what helps the trio make sense of the world. And that very important lens compels Naked Giants to continue to produce and play and then do it all over again – whether live, on wax or in a classroom with students.

“Music helps me make sense of life when life isn’t making as much sense as I’d like it to,” LaVallee says. “Not to be corny, but it’s the universal language. Someone can write something fifty years ago that can help me get through hard times today. That’s magic.”

Digging the tunes from Naked Giants? If yes, consider a pre-order/pre-save from this smartlink. 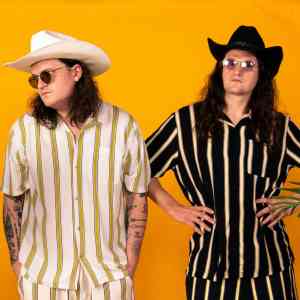 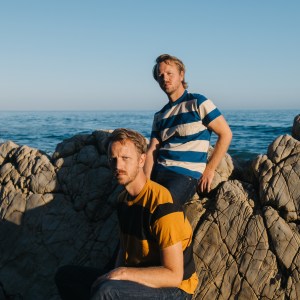