You can tell a lot about people by their choice of food and music. According to Foy Vance, acclaimed Irish singer-songwriter and host of the new podcast/video series, The Vinyl Supper, these selections reveal deeply personal narratives.

With characteristically dark humor native to the British Isles, Vance peels back the layers with friends and cohorts he’s come to know along his musical journey. The concept is something he and his friends often discuss. He sets the stage with the hypothetical scenario: It’s your very last day, what are you eating, and more importantly, what are you listening to?

From his home in the hills of Scotland, he video chats with guests like Keith Urban, Anderson East, Chrissy Metz, and Benny Blanco.

This week, he checks in with a dear friend, Courteney Cox. Components of her role as Monica Geller on NBC’s Friends carry over into her life in Malibu, wherein a non-pandemic world, she routinely cooks a Sunday supper for friends. Cox unveils new projects and a secret “redneck sushi” recipe. Pieces of her music-entangled life come together throughout the 40-minute show.

Vance’s role in the industry extends far beyond songwriting and artistry. A podcast would not have been realistic during a heavy tour schedule, constant trans-Atlantic travel, and a multitude of collaborative projects in previous years. With a new baby at home and difficulty finding productive physical and mental space on tour, Vance cleared his 2020 schedule pre-pandemic so that he could be still.

“It was all about seeing clearly and a lovely serendipitous mix of default and design,” says Vance about the launch of The Vinyl Supper. “And cutting everything out that wasn’t useful to get back to songwriting. I realized I don’t need to be a manager or publisher or record label to help people. I could find ways to help people that don’t take up all my time and energy.”

He’s gained traction in the US through collaboration with Keith Urban, Kacey Musgraves, Miranda Lambert, and other country icons. His dexterity is displayed in his pop-focused work with Alicia Keys on her latest album, ALICIA, and with Ed Sheeran on “Galway Girl.”

Additionally, Vance is a celebrated artist in his own right. Sir Elton John produced Vance’s debut on Sheeran’s Gingerbread Man Records, Wild Swan, in 2016. His infatuation with the American South beams through his back-to-back 2019 albums, From Muscle Shoals and To Memphis.

His next release is in the works, but he does not feel rushed. Vance shared that even if the album was ready, the current moment does not feel congruent with his release plans. He is, however, eager to share some of his projects from his time off-grid this year. Vance highlighted co-writes with Sheeran and Sam Smith on-the-radar excitement.

Watch this week’s episode of The Vinyl Sessions with Foy Vance below. 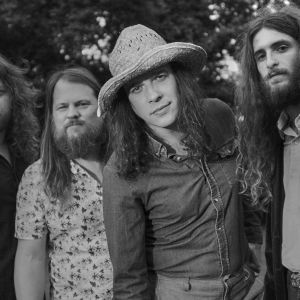 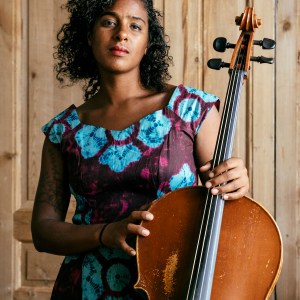