For those few Americana fans who might have missed The War and Treaty’s 2018 Buddy Miller produced full length debut, the oddly named act is comprised of married couple Michael Trotter Jr. and Tanya Trotter. Their rise in the rootsy ranks was remarkably quick; it wasn’t long before they were opening shows for major stars like John Prine, Al Green, Jason Isbell and Brandi Carlile while gaining big name supporters such as Emmylou Harris.

It comes as little surprise then that the twosome’s eagerly anticipated follow-up raises the bar. That’s immediately apparent on the opening “Yearning” which blasts out with a rock thump. Michael and Tanya bellow out “I’m yearning” as a thumping drum pushes the sound to a full blown, soulful attack. It gets ramped up even further with a fiery guitar solo, a clear attempt to play to an arena crowd.

They get plenty of assistance with a long list of contributors that includes a string quartet, horn section, synths and background singers. After moving to a major indie in Rounder, none of this is either unexpected or a problem. The Trotter’s boomy, gospel infused vocals are powerful enough to punch through the occasional over-eager production.

That’s especially the case with “Jealousy” where the addition of strings, backing vocalists, and pounding percussion threatens to sink a perfectly good tune as they sing about keeping a relationship together with “I want the kind of love that needs me.” Much better is when the duo sets its sights on the sleek urban blues of “Lonely in My Grief,” spotlighting Michael’s voice, sounding similar to Bobby “Blue” Bland both in the song’s construction and his grit and silk vocals. On “Hey Pretty Moon” the couple joins together, grinding out the words like they are testifying in Sunday church, clearly something they know firsthand.

Things go R&B for a Southside Johnny & the Asbury Jukes-styled burner in “Five More Minutes.” It’s a sweet and sweaty love duet where each one sings to the other begging them to please stick around for the rest of the night.  Hot stuff. On “Liquid Lies” Michael and Tanya swap lead vocals then join on the chorus of a ballad that probably would have been more effective if some of the instrumentation was scaled down as Miller’s was on their 2018 release.

Michael wrote all the material and is listed as the producer, so this is likely how he wanted these songs to sound. But when you have singers as talented and soulful as these two, less is more. It’s evident when they strip instruments away on “Hustlin’” to feature Jerry Douglas’ always emotive dobro supporting their churchy singing.

That leaves plenty of stirring, often uplifting music, even if much of that is also a bit of a missed opportunity to convey it with slightly greater instrumental restraint.

We spoke with The War and Treaty for a great feature. You can read it here. 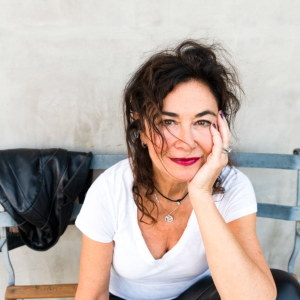 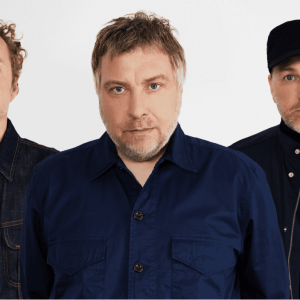