Have you ever calculated how many songs you’ve written in your lifetime? According to my database, I’ve penned about 2,000. Of those, about 400 were commercially recorded and released. Of those about five (I call them my “handful of hits”) took the quality of my life to another level. In other words, their success afforded me more choice, freedom, independence, financial security.

But of those five, there are two which remain the gifts that keep giving:

I’ve recited this hyphenation like a mantra over and over again over the years, especially when asked, “Have you written anything I’d know?” It’s become my calling card. At one point, it started sounding tiresome to my ears like the way one might consider the aesthetic of their own first and last name on repeat.

On occasion I’ve fantasized about swapping my mantra for another. “True-Colors-and-Like-A-Virgin” sounds fresh and exciting!

Don’t get me wrong. I’m anything but ungrateful. It’s just that there are hundreds of other songs that I’m proud of and that define me (“Almost Doesn’t Count,” “Who You Are”). Still “What-A-Girl-Wants-and-Bitch” have become the bookends that embrace (and support) all the other songs I’ve written.

They’ve been deemed “Female Empowerment Anthems” and I’ve often been summoned to write another. Truth be told, I couldn’t possibly or purposefully write a convincing FEA on demand if I tried. The few I’ve birthed revealed themselves without any prompting or provocation, simply because my co-writer and I (Guy Roche and Meredith Brooks, respectively) were following a mutual muse the day they were conceived. (My handful of hits were all inspired by real life, by the way. I have had some success with creating chaos or “inventing” love but never the same kind of success as when the message was organic.)

When I look back on my multi-decade journey as a songwriter, I’m reminded that it’s been a wild ride — a couple of years of glory followed by a year or two of defeat and then back up again. And down. A roller coaster. You know the feeling. But I’m still here. I’ve witnessed colleagues throw in the towel as the next generation of talent replaced them (just as they replaced the generation that came before them). I’ve seen major players leave the field because it became impossible to sustain a livelihood (and spirit) in a digital economy that’s obliterated dependable income streams. I’m still in the game.

But because our profession has become so much more competitive, I — a seasoned participant in a youth-driven space who’s felt her place shift within it — have had to find peripheral joys to keep myself engaged, productive, purposeful and happy.

These joys have included mentoring, advocating for creators’ rights and authoring a Grammy-nominated memoir, Confessions of a Serial Songwriter. But perhaps the greatest peripheral joy has been the decision to and the experience of making my own very-belated-debut album after years of exclusively writing songs for and with established artists for their own projects. Though thinking of myself as an “artist” has been a curious concept — laden with imposter syndrome (I’m used to functioning as the accommodator not the main attraction) — I ultimately embraced the idea of honoring my body of work. It matters to me that I put my voice on my songs before the world stops spinning. It’s personal.

But then a funny thing happened. The world sort of stopped spinning. Right in the middle of my greatest peripheral joy — boom — global pandemic. The music business has been anything but usual. Everyone’s minds have been blown, albums shelved, plans thrown off, hearts broken in some way. Punch in the gut. I’m not alone. We’re in the midst of a wake-up call. A reset.

Suddenly we have to ask ourselves, “What really matters?” Would we still make music if there were no paycheck or fame or chart position or applause to look forward to? I believe I would. I’ve also used this time to re-evaluate, reflect, take stock, tell my story.

In January (pre-pandemic), I released my first single — a re-imagination of “What A Girl Wants.” I wasn’t sure in what order I’d release the next few singles leading up to the August album drop. But over the course of this reset it became clear what the last single should be: “Bitch.” Of course. After all, “What-A-Girl-Wants-and-Bitch” are my bookends. The two songs — the mantra — the calling card that saved me. I wouldn’t be the same without them.

I hope that someday you too (if you don’t already) will have bookends of your own — your “What-A-Girl-Wants-and-Bitch.” Your “True-Colors-and-Like A Virgin.” If you repeat your mantra so often that it starts to sound tiresome, that’s a good sign. Then I hope you’ll go ahead and make your album.

Check out our review of her album, here. 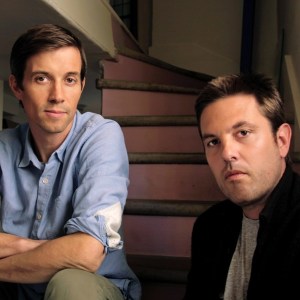 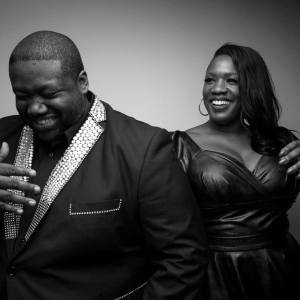