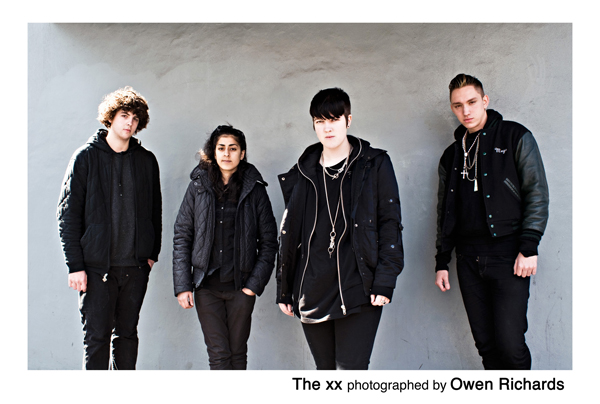 The xx make dark, tightly composed and sensually delivered pop music, a unique result that sounds a bit like Interpol or Young Marble Giants, certainly in the indie rock tradition; therefore, in slight contrast to bassist Oliver Sim’s claimed influences: TLC and Aaliyah. That The xx embrace ‘90s r&b artists without a hint of irony is believable when (bassist and singer) Sim remarks, “I enjoy the melodies from those artists, but that’s about all I take from mainstream music,” rejecting the band’s propensity to sell out.  Claiming disinterest in mainstream appeal used to be code for artistic purity; however, considering the meta-genre that indie rock has become lately, who’s to say one can’t embrace the highway and the road less travelled without confusing everyone in the process?

It’s clear that the band has had a lot of time to share ideas with each other; according to Sim, “Romy and I have known one another since nursery [school], and we met Baria and Jamie in secondary school when we were 11… all our houses were about five minutes from one another growing up.”  The band immediately became fond of playing shows at venues rather than playing at school, “We could have played talent shows at school but we avoided them; we were kind of secretive about the band, and it’s a lot easier playing to people you don’t know than the ones you go to school with.”  Possibly, this secretiveness has something to do with the highly personal, sexual and discernable lyrics prevalent on their self-titled release; if the band is comfortable letting us in on their personal lives, perhaps that’s because we don’t have P.E. with them Monday morning.

According to Sim, these lyrics serve as the foundation for the band’s catalogue, and, when asked to reflect on a trend in their writing process, the bassist states “the songs start with lyrics, what Romy and I have written, and we come together and collage… adding bass and guitar to that. Baria and Jamie fill it out after that into a proper song.”  When these songs possess beauty, it is always a dark charm, a characteristic Sim chalks up to influences: “A lot of my favorite songs are very dark. Whether intentionally or not, that darkness has made it into my songwriting,” he says, adding, “However, many of the lyrics are not dark and I like how you can be singing a pretty optimistic song and deliver it in a dark way.”  These favorite songs include Chris Isaak’s “Wicked Game” (whose influence is very obvious on the slow and shadowy ballad “Infinity”) and the Cure’s “Lullaby,” which he calls “very dark but quite fun at the same time.”

Sim admits that the band’s parents (most of whom are also big Cure fans) enjoy the band, and if they don’t enjoy their children’s professional path, then they at least tolerate it. According to Sim, “All our parents are friends; they sort of chose us to be friends, actually.” At this point in the conversation, talking about elders, I relate an anecdote I heard recently about U2’s guitarist, Edge, who once said he disliked telling his grandmother that he was a guitarist, since someone her age wouldn’t respect that sort of profession. Asked about his own granny, Sim relates that he has “a younger granny who checks my MySpace and she’s down with the band, got the album and everything and is quite on it. Whereas, I have a great aunt who is like 94 and I’m pretty sure she thinks I’m,  like, in an orchestra or something so… as long as she’s happy.”  On the theme of age and taste, I ask Sim which he’d prefer attending:  the symphony or a really good horror movie? “Probably a symphony just because it would be a first and I’ve gone to many a horror movie in my time.” We agree that this would make his great aunt proud. 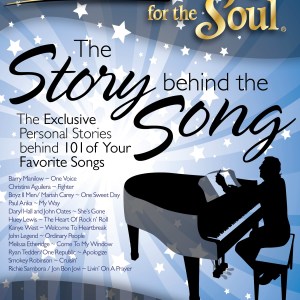