Boy & Bear first garnered attention when they uploaded their song ‘The Storm’ to triple j Unearthed in 2009. Their debut album Moonfire reached double-platinum sales in 2011, winning five ARIA Awards and three songs in the triple j Hottest 100. That same year, as they gained momentum as the most promising group in Australia, their lead singer began to suffer a mysterious, debilitating illness. Hosking pushed through the pain. The band released the chart-topping Harlequin Dream in 2013, followed by Limit of Love in 2015. At that point, he was diagnosed with “chronic dysbiosis.” After their 2016 tour wrapped, celebrating their success across hemispheres, Hosking and his bandmates collectively decided to take a year off to concentrate on his health.

In 2018, after years of unconventional, yet successful, treatment plans, Hosking picked back up with the band. His condition stabilized enough that Boy & Bear decided they were ready to record their new album. They tapped Collin Dupuis (Lana Del Rey, Angel Olsen, the Black Keys) to co-produce, and booked a stay at Southern Ground studios in Nashville, Tennessee.

The release of Suck On Light propelled the group forward with a renewed energy, overcompensating for the lost time. Warmth radiates through the narrative 12-track collection, which they brought on tour to Australia and the US last year, and Europe in February. They managed to squeeze a few shows before live music came to a screeching halt. They lost three months of tour dates. Instead of losing momentum from the album, they decided to revisit the songs with an acoustic album.

“I’d love to say we planned it, but we didn’t,” says Hart. “We felt like it was something we should do last year, and it worked out well. The collection suits the mood and times.”

Boy & Bear recorded tracks for this album last year during a tour break. Once plans changed, it only made sense to work with the material they already had.

“When we tour the US, we often get asked to perform our songs acoustically at radio visits,” says the band who found success in North America with 2013 single “Southern Sun.” “This usually involves acoustic guitars, tambourines, and a toy keyboard, with the five of us jammed into a small studio. Fans always ask for these versions, so it gave us the idea to record a selection of acoustic tracks and present them as an album. It was pretty instinctual. We didn’t want to overthink it, but we wanted to make sure we covered a lot from the latest record. As we went on, we decided to pull in some old ones as well.”

Today’s single serves as the album closer, placed as number nine after seven acoustic covers of previously released tracks, and their rendition of Chris Isaak’s “Wicked Game.” “3 Moons” was initially recorded for Suck On Light, but didn’t make the final tracklisting.

“We all had a real soft spot for this song and were stoked to find a place for it. It was a strong song, but we couldn’t make it fit. The production is different from the other songs, but I think the sentiment is the same. What started as simply a cathartic mumble ended up becoming a snapshot of my own internal struggles. It’s fun to rework things, but it’s always exciting to release new music,” says Hosking.

The video was written and directed by award-winning actress, Taylor Ferguson. Her work in theatre translated well into her writing on this debut director role. Through her experience, she gained access to a skilled team. As the band lead’s partner, Ferguson has a deep understanding of the song and developed a concurrent visual. They shot the video on film, capturing blue-tinged content to reveal a version of grief.

“I wanted the audience to feel like we were inside the actress, Lily Wilkinson’s mind, while at the same time being anchored in her reality. It was fun to have some of the band play a small part too,” says Ferguson.

Overlaid with the current context of 2020, the band feels their sound speaks beyond lyrical content to uplift the listener, while still promoting relevant messaging. “It feels like, if you listen to the content, it sounds more upbeat. It’s certainly not dark, but if you listen to the lyrics, they’re not always as upbeat. At the moment, there is less room for self-indulgent sad songs because it’s all too much,” says the band.

The acoustic rendition of their 2018 title-track, “Suck on Light, ” is about hanging onto hope. The Leonard Cohen lyric inspired the song: “There’s a crack in everything / that’s where the light gets in.”

“That’s a nice, poignant thing to remember. Amidst all the challenges, some positives are coming through, but you have to work hard to find them,” says Hart.

Despite the physical distance without touring, the band feels closer to their fans than ever before. They described the situation as being “leveling.” “They are joining us virtually from their kitchen table, and we are at ours, also. I feel it adds a personal layer to the artist-fan relationship,” says the band. Boy & Bear hopes that this largely acoustic album will continue to generate discussion with fans about their take on the new rendition, further opening up that conversation.

Watch the music video premiere for “3 Moons” below, ahead of Boy & Bear At Golden Retriever Studio. 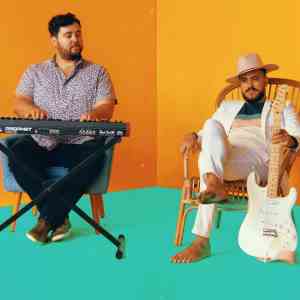 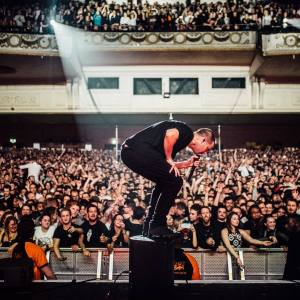