Prinz Grizzley has previously released an EP (Wide Open Country) and a debut LP (Come On In) and has built a considerable following in Europe by performing a slew of festivals and tours in Ireland, England, Germany, Sweden, and Italy. In 2018 he performed at SXSW, Americanafest, and was the support act for the entire Seasick Steve´s “Can u cook” European and UK tour.

His sound is a mix of Austrian alpine culture expressed through the sounds of Americana. It isn’t too surprising that it works.

The next project to be released is his album ‘To My Green Mountains Home’, due out June 26. He sat down and did a track-by-track for the readers of American Songwriter.

If you dig what you hear, hit him up on BandCamp.

You Don´t Know Love
When I finished writing this song I knew that it would be an album opener at some point. I really like it when records begin with a solid guitar riff. I guess that´s due to my days in my first band where we played some decent indie rock. Some habits one never lose.

The lyrics deal with the different points of views on love. How our ways of showing it to somebody else are affected by our upbringing and experiences with it. Everybody understands something different about the meaning of “showing love to somebody.”

Cutting Wood
This is the first song on the album that was inspired by my home here in Austria. I was thinking about how it must have been 100 years ago for a young ambitious man that doesn´t necessarily wanted to be a farmer in these mountains.

For someone who had bigger dreams and was desperate for knowledge and was searching for other ideas on life. Facing the prejudice that reading books and too much knowledge is an evil thing. At times where the preacher of the village decided what the people should know, what knowledge is good and which is bad.

Knowing that there was a train station that was a two day walk from his home. Wouldn´t you be longing to reach this train and see what else is out there? Or at least dream of riding that train out of your narrow valley?

Nothing Left But Scars
Is about the inner and outer scars love can do to us. But scars don´t stop us from searching for that eternal high, love can bring to us. There´s always hope that things are different in every new approach we try to be close and to open up to somebody else! Our scars should be seen and exist as a reminder to not make the same mistakes again and again!

It’s about how I sometimes feel and see my home and my people in these small and narrow mountain villages! There might be some criticism in these lyrics but at the same time there´s my deep appreciation of being a part of it. No doubt I love where I live and I am proud of where I am from. To realize that, I had to go away and live in a big city (London).

The Shovel
This song is about my great grandfather, some real events, some fiction. Fact is he emigrated from Italy into our region in search for work. They weren’t treated very well, and it was not welcomed when outsiders like him married a woman from these villages and settled down. I owe him a lot for being brave, leaving his home behind and starting somewhere else. Who knows, without that move I maybe would be a professional soccer player in Italy J

Keep The Fire High
This song took some turns until it ended up on this album. It was the first song I wrote for a follow up synth-pop album I released under a project called “Grizzley and the Kids” in 2014. But the second album never happened because I quit that project in early 2015. So I had the song lying around for a while until I rediscovered it when I was going through songs to put on the new album. Funny thing, I didn´t change too much on the arrangement at all. I just threw out the synths and let the pedal steel guitar play the lead line!

The lyrics are pretty much inspired by an all time favorite song of mine, “I put a spell on you” by Screamin’ Jay Hawkins.

Drifting
This song really changed in the studio. Before we went in I already played this song live a bunch for about two years. I needed an uptempo country song in my live set so I just wrote this piece to have one. As we got to the recording of it, Beau the producer told me he heard it in a completely different arrangement and tempo, pointing out that the lyrics have too much of a dark undertone for an upbeat song. In no time he set up a new arrangement, he briefed the band on his idea and what they should play, sat down at an old pump organ and gave new life to this song. It was awesome to see him work and how it all came together! I have to admit, he was totally right how he heard that song! He understood my song better than I did, that´s the most you can ask from a producer! I am really happy with the outcome.

Magdalena
“Magdalena” is a dedication to all strong women out there that have been put through a lot by the men by their sides but stood true to them because they knew all hope ain’t lost. Sometimes beneath the dirt there lies a diamond. This song was very much inspired by one of my favorites albums by Bob Dylan, Desire!

Longing For A Fire
A drifter searching for meaning and a shoulder to lean on. But he won’t step back from his ways and won´t stop to look for it because he hasn´t seen or learned anything other than rambling. Sometimes the place you are looking for is right there with you! In your heart!

Meet Me At The Pines
“Meet me at the pines” deals with the fear people may have in an unhappy relationship. They are afraid to break up and fear their partner will do something stupid because they don´t understand why love had come to an end. I wrote it from the perspective of a man who tries to save his woman from doing harm to herself, being fully aware that he might be the reason that got her there.

Rush Little Man
Rush little man tells the story of an average working man. He works, earns money, sleeps, builds a house, starts a family and maybe dies unhappy without ever getting close to what he dreamed of! He never was and never will be in a promised land because he´s been too busy working his ass off. A shout out to all working men, you keep the world running!! Thanks for giving up your dreams for this.

The Salty Life of Ocean
No matter how bad the situation is or what events caused damage to you and your life, there´s always a safe haven somewhere! 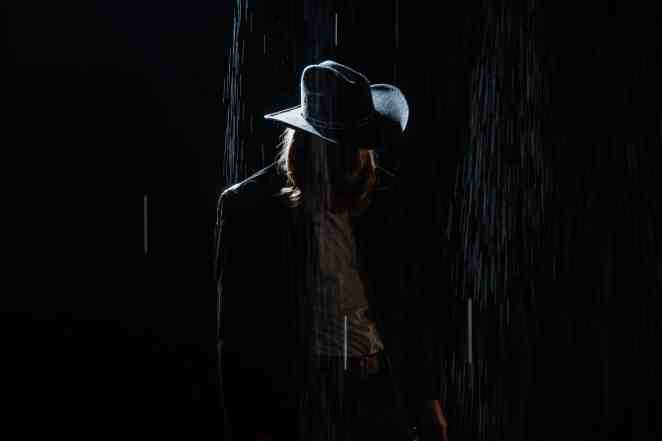 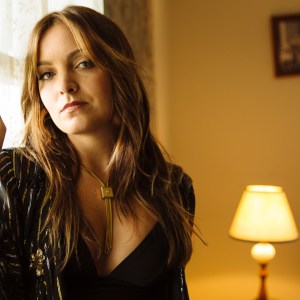 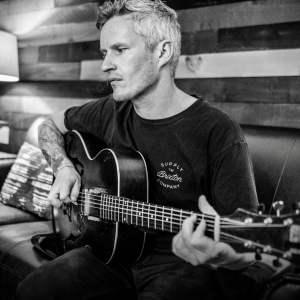