Following the release of his debut album, Montevallo, in 2014, Sam Hunt quickly became one of the most successful country artists of the modern era. Between his imaginative lyrics and smooth voice, Hunt has set the country world on fire for nearly a decade with signature hits like “Take Your Time,” “Body Like a Back Road” and several others, known for blending country with his hip-hop influences that he grew up listening to in rural Georgia. He’s also an accomplished songwriter not just for himself, but other artists cutting his songs, including Keith Urban and Kenny Chesney, proving he’s an equally talented songwriter as he is a singer. Here are the top 10 songs by Sam Hunt.

There’s a lot of pain and heartache in this song, as it feels like it’s coming from a man who’s suffering under the weight of his wrongdoings. Hunt keeps it simple with just an acoustic guitar and his aching voice on the song feels like an apology letter where he lays out all the “shoulda, woulda coulda’s” in a relationship and admits that he thought he wanted “freedom,” but when that freedom came wrapped up in “dreams and lonely women,” he didn’t actually want it after all. “2016” is perhaps Hunt’s most vulnerable song, which is what makes it a standout in his catalog.

And I’d drive a thousand miles to your house
Walk in like I walked out
Put the tears back in your eyes
‘Cause all my lies could still come true
I’d tell you everything was alright
And hold you, baby, all night

“23” sees a return to Hunt’s roots with the song that is pop-country goodness. The song is pure nostalgia as he looks back fondly on a formative relationship with nothing but fondness as he sings I hope you’re happy now/I’m really glad I knew you then (even the cover art is a photo of the aunt and uncle of Hunt’s wife Hannah Lee Fowler as a young couple). Between his crisp voice and the tender-hearted lyrics that paint a sweet picture of past love, “23” is easily one of Hunt’s best songs.

Though Keith Urban brought this song into the spotlight when he cut and released it as a single in 2014, Hunt also delivers a noteworthy rendition. As co-writer, Hunt pulled from a true story in his life about a couple driving past a “no trespassing” sign near an airport to watch the planes take off when they’re approached by a police officer and end up in the back of his car. It feels like you’re there with Hunt as he looks in awe at the “wild child” sitting next to him in cuffs in the back of the cop car, the image-packed lyrics chronicling all the little ways she negated the fear he could’ve felt in that moment, replaced with the burgeoning love he feels for her. While Urban made it a Top 5 hit that went two times platinum, it’s clear that Hunt’s voice and storytelling abilities were made for this song.

Much like “2016,” “Drinkin'” feels like Hunt is letting us in on an intimate conversation with his wife apologizing to her for unintentionally violating her privacy by using her as inspiration for his music, the world now knowing her name as a result. Throughout the song, which almost sounds like a poetry recitation, Hunt chronicles the heartbreak he felt upon their relationship’s demise that at one point kept them thousands of miles apart and admits to being drunk onstage during a major TV broadcast. It’s a quiet song, but Hunt’s vulnerability shines through full force, worthy of one’s attention and ear.

Like “23,” “Start Nowhere” is a throwback to the singer’s humble beginnings. A tribute to his hometown of Cedartown, Georgia, Hunt crafts a tune steeped in imagery that makes you feel like you’re gazing up at the “heavenly pines” and standing on “holier ground” alongside him. Hunt admits to losing sight of who he is in a world that feels “unsteady” and is in search of stability, knowing there’s no better place to find it than home. The song is a breath of fresh air as he commits to getting off the grid and getting lost in nature. “Sometimes you gotta start nowhere,” he affirms—and we couldn’t agree more.

Well, I don’t know, but I’ve been told
Moss don’t grow on a rolling stone
Me, I wanna go where the river rolls
And breathe in that old down home
Feelin’ again, ’cause lately I’ve been
Spinnin’ my wheels out, gone with the wind
When I need to get back to who I am
There ain’t but just one road there
Sometimes you gotta start nowhere

Here, Hunt captures the spirit of young love, alongside the universal feeling of youthfulness. Wild and free, the couple at the center of the story are singing in the sun, running down backroads, and letting the wind take them on whatever adventure they’re destined for. While he mainly keeps it casual throughout the song, it is anchored by thought-provoking lyrics like someday we’re gonna know too much to know it all. “Young Once” is an underrated gem amongst Hunt’s more attention-grabbing hits, but this is certainly worth a listen.

This pulsing breakup ballad is a standout on Hunt’s debut album, Montevallo. A piano and violin intro is something you don’t often hear in a Hunt song, but it quickly grabs your attention. This immediately leads into a hip-hop-leaning beat accented by Hunt’s crooning voice that shares his perspective of being on the side of the breakup equation with confidence that she’ll be the one wishing she was waking up in his T-shirt and getting excited at the thought of a midnight call from him. Hunt knows how to write a convincing breakup song and he proves that with “Make You Miss Me.”

Don’t be surprised if you blush a little while listening to “Speakers.” Hunt turns a truck bed into a romantic setting for love-making, and he leaves nothing to the imagination opening the song with such sensual lyrics as I softly kiss your neck, and slowly whisper/you breathe in ’cause it feels cold where my lips were—and he’s just getting warmed up. Hunt’s convincing voice layered over the sexy lyrics reflects his ability to tell a captivating story.

And I’m on fire, girl you’re on fire
Out in the dark, wrapped up in the stars (stars)
So right, girl I’m so high
You and me, wild and free
Way out in the woods no body for miles
Love in the back of the truck with the tailgate down
Just us and the speakers on

A list of the best Sam Hunt songs would be remiss without the presence of his biggest hit. The record-breaking track allowed Hunt the opportunity to successfully extend across genre aisles with this slick track. This finds Hunt’s clever songwriting capabilities at their best, the singer using all kinds of driving metaphors for romance, where he’s crooning naughty lyrics like body like a back road/Driving with my eyes closed/I know every curve like the back of my hand or asserting ain’t no curves like hers on them downtown streets. Whether you like it or not, you likely know the words to this song due to its earworm nature and catchy double-entendre meaning that makes for an unforgettable tune.

It’s safe to say that “House Party” is one of Hunt’s most lively songs. In between the tumultuous breakup songs, “House Party” is pure fun. Nothing but a good time will be found in the lyrics wherein the singer opts for a not-so-chill night in with his lover, the couple proving they don’t need a night out on the town to enjoy one another’s company, rather turning the living room into their own personal dance floor (who doesn’t want to party in sweatpants?). There are no bad vibes in this song that’s filled with good energy and clever turn-of-phrases.

We’ll have a house party, we don’t need nobody
Turn your TV off, break that boombox out
We’ll wake up all the neighbors ’til the whole block hates us
And the cops show up and try to shut us down 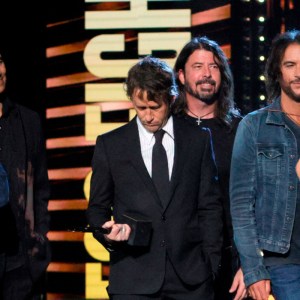 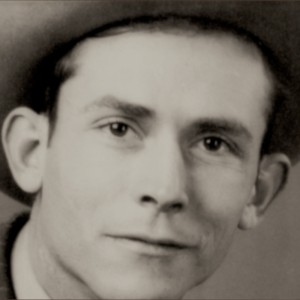