The week before we met for coffee and tea at East Nashville’s Dose, Tristen posed a question on her Facebook page.

“What are the origins of ethical thinking in human beings?” she wrote. Not surprisingly, it was difficult to get anyone to dive deep into the gray area of morality as she’d wanted to do, and, coupled with a few sarcastic responses here and there, Tristen, born Tristen Gaspadarek in Lansing, Illinois, felt unsatisfied. And that’s because she’s looking for truth. Or, maybe, the reasons we find our truths to even be true at all.

“Really, what are those core truths?” she asks, sitting at a table at the minimalistic coffee shop a few blocks from her house. She’s wearing all red: red button up top, red pants in the same exact shade. Against the Instagram-appropriate all-white interior with little accents of glass and light wood, Tristen’s choice of clothing feels almost contrarian. She’s been thinking a lot about our value systems lately, particularly in the time of Trump (she was a diehard Bernie Sanders supporter): about the ego, survival of the fittest and how almost everything is relative, really. But her third album, Sneaker Waves, focuses on the one thing in life we actually know for sure. And that’s the inevitability of death, which can come — like a sneaker wave, rushing innocently out of the seemingly calm seas — at any moment.

“I’ve been doing a lot of shows lately and one of the things I talk about is, ‘Hey, we’re all going to die, so maybe we should let that inform our choices,’” she says, with just enough levity in her inflection. “Like, ‘Should I be stalking my ex-boyfriend on Facebook during the show? No, maybe I should wait until I am home and bored at night because we are all here together!’ It’s always such a gasp when I bring [death] up. Like, don’t remind me. Don’t remind me!”

Since her debut LP, 2011’s Charlatans At The Garden Gate, Tristen has been exploring the most intimate corners of human existence — love, death, everything in between — with a keen literary eye and a taste for shrouding it all in gorgeous, lush hooks. At the core of everything is her voice: like a dagger wrapped in silk, it pokes and slices at the most unexpected of moments. It is high and crystalline one instant and raspy the next, and never where you expect it to be.

Tristen released the follow-up to Charlatans, C A V E S, in 2013, which wove in some synths and clever loops, and spent the next few years touring behind the album as well as part of Jenny Lewis’s band, and most recently as support for fellow Nashvillian Vanessa Carlton. Thus Sneaker Waves, her first album for Modern Outsider, is a record designed specifically to be played live. “My theme was just to let the songs be what they want to be, and be easy to translate live,” she says. “I made C A V E S completely in the studio. I had to make a record that complicated to realize the translation process would be even harder. For this album it was, just let the songs be songs. I want to play all the instruments, I want to play guitar on the songs as I wrote them. We even made the record in our house.”

The “our” refers to Tristen and her husband, Buddy Hughen, who produced and mixed the record and also plays in her band: she describes him as general “completer of the picture.” They set up in their Nashville home, now outfitted with a studio, and started writing. For Tristen, being there was a conscious choice — when she signed up for Lewis’ tour (on keys and backup vocals), she was adamant that it would only be for a year. It all comes back to those looming sneaker waves, making time itself the most valuable and ephemeral possession that she or anyone has.

“A lot of my friends have cancer and are struggling with their health,” she says. “So I make a lot of choices in my life, and they are based mostly on time. On tour with Jenny, I didn’t have to wrap a cable, but ultimately I only wanted to do it for a year. I had to say, ‘This is really cush and really fun but it’s not ultimately what I want to be doing.’” A particular moment of clarity came when Lewis was opening for Neil Young, and Tristen was watching from the side stage as he performed, in awe and “bawling like a child.”

“I’d never seen him before and I was so inspired and it was such a great show, I’m getting goose bumps just talking about it,” she says, running her fingers up her forearm to prove it. “But it didn’t make me want to stay in the band longer, it made me want to be a songwriter. Time is the most precious currency.”

Sneaker Waves’ first single, “Glass Jar,” which features vocals from Lewis, was written with that currency in mind: it took about 30 minutes, just a fleeting sliver. “It came out of a really strange interaction,” she says. “I was hanging out with somebody in town I had known for a long time and I felt like I was a bug in a jar, and he was just tapping at me, going, ‘What are you going to do when I say this?’” In the song, Tristen also explores the dynamic of how we can say one thing online and quite another in person: “What would you do if I was standing right in front of you?” she sings, peeling off the profile-picture mask so many hide behind.

“I also thought about show business, and that’s when the ‘glass jar’ came,” she adds. “Especially in this town, so many people work so hard. And if you want to be an artist for life you have to be good at going years with no recognition.”

Tristen moved to Nashville after graduating from DePaul University, where she studied communication theory, not to chase that recognition, but to write songs and see what came next. She crafted two EPs that she sold at live shows until the release of Charlatans, which caught critical fire quickly, landed on several “Best Of” lists and cemented her as a fiercely original and prized member of the Nashville musical community.

“I discovered Charlatans At The Garden Gate in the sweltering NYC summer of 2011,” says Vanessa Carlton. “I would listen to that record while I ran on the concrete and then I’d put it on at home in the afternoon too. I was so taken with this album; the songs, the arrangements and how natural it all felt. Nothing hipster-y or over thought. She’s my kinda lady ‘cause she sings about Gods and queens and drugs. ‘Eager For Your Love’ is one of the most finely crafted songs about manipulation.”

In 2013, C A V E S, recorded in Nashville with Jeremy Ferguson of Battletapes and partly in Omaha with Bright Eyes’ Mike Mogis, was finished and ready to go, but Tristen had landed a major-label deal that ultimately fell through. So she released the LP herself through her own Pupsnake Records, crowdsourcing funds and doing almost everything herself. For Sneaker Waves, Tristen and her husband tackled the production and mixing — Hughen taught himself to engineer specifically for the project, so they wouldn’t have to compromise on anything at all.

Though Tristen paints complex pictures of love, truancy and trust, that brutal honesty has never been an issue with her longtime partner — he knows that her songwriting comes from the far-reaches of her memory and imagination, and an undying quest to understand romance and its roots, even while in a happy marriage.

“[Hughen] said to me once, ‘You can think of a memory and re-live those emotions,’” she says, sipping her iced tea. “I’m so obsessed with reading about love. I’ve always been kind of obsessed with that. He looks at my work and goes, ‘Those are good lyrics or they aren’t.’ My writing is always composite characters, pulling from great things I’ve read or seen or TV.”

Tristen informs her craft with everything from philosophy, like the Swedish essayist Alain de Botton, and Shakespeare to modern television shows like I Love Dick. Her songs are as rich with allusions to the bard — like “tame that nasty shrew,” a line from Charlatans’ “Eager For Your Love” and Sneaker Waves’ tongue-and-cheek “Partying Is Such Sweet Sorrow” — as they are filled with confrontational modern language. Take Sneaker Waves’ “Psychic Vampire.” “Tired of decoding your cryptic emojis,” she sings about that person — we all know them, or maybe several — who inhabit the internet’s darkest corners. “And the day is incomplete without a cruel subtweet.”

“The only thing that makes you unique is your particular experience in the time you are living,” she says. “Someone said, ‘Be a reporter for your time.’ I play ‘Psychic Vampire’ live and a lot of time I close with it, and people lose their mind because everybody knows a psychic vampire or they are a psychic vampire. One person came up to me at the end of a show and was like, ‘Girl, that’s me.’ It’s a little bit of me too.”

Leading into the 2016 election, Tristen watched as the rage bubbled up and over both online and off. She remembers the night of November 7th as the results began to become clear, crying while she looked in disbelief at a website that had previously predicted Hillary Clinton as the winner, one that had barely ever been wrong. And she turned to poetry, like the work of beat icon Lawrence Ferlinghetti, to help her cope. And though Sneaker Waves was written before Trump took office, she hopes to soon channel her new world experience into song.

“There is too much going on in the world right now,” she says. “I want to write really intense things. More than ever, I feel we need to be writing things that are meaningful.” Though not politically motivated, Sneaker Waves is indeed meaningful, with songs packaged in a way that capture the complexity of human emotion and the fragility of our existence — with plenty of appreciation for the infectious nature of a perfect pop refrain. From the crunchy guitar and Nancy Sinatra swagger of “Got Some” to the dangerously ethereal, candid lessons of “NYC,” there are constant reminders to stop, be present and watch that ticking clock.

“Terrible horrible humans/ take every moment for granted,” she sings alongside a Hammond organ as her voice pierces the sky. “And at the face of death/ all ask for a second chance.” These are her pieces of sonic philosophy, exploring the questions that no one asks or talks about as much as our existence requires, but Tristen does. And some of its beauty is its mystery: a little bit like songwriting itself.

“There is a part of songwriting you can teach or read in a book,” she says with a laugh. “But then there is a another part of it that is, ‘Just smoke a joint and go.’”

This article appears in the July/August 2017 edition, which hits newsstands July 11. You can read the digital edition on americansongwriter.com here with a membership log-in. You can also purchase the iPad version in iTunes, and the Android-compatible version through Google play. Subscribe to the bi-monthly print edition here. 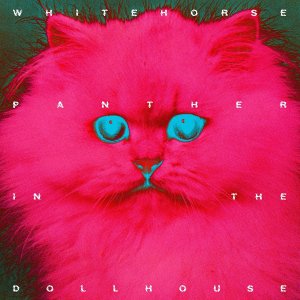