After more than a decade of delivering delicately blended folk, pop, and rock, Tristen returns with her fourth full-length, Aquatic Flowers. Released on June 4 via Mama Bird Recording Co., each of the 11 tracks beholds a distinctive strength that coalesces into a congruent reflection of her personal and professional milestones. Following her breakthrough 2017 record, Sneaker Waves, she began work on the new album when she was pregnant with her son, Julian, who was born in January of 2019.

“I guess it has been a while since my last one, but it doesn’t feel like it,” Tristen tells American Songwriter over the phone. Sitting on a bench at the Nashville Zoo, a brief hiatus from her day trip with her husband and two-year-old son, Julien, she adds “But I always take about two or three years to make a record.”

Partly due to label timing, the process is also extended by her own creative approach. She explains, “After I put out a record, I like to do something else for a year.” In the past, that’s been to play with Jenny Lewis’s band or just take time to breathe and think about what I want to write about. Making music at this point, for me, I want to make sure I’m making things that are worthy of taking up space.”

While filling in her new role of mother, what seemed deserving of her time—and listeners’ attention—transformed. Somewhere within the political and social upheaval amidst a global pandemic and the chaos of rearing a toddler, Aquatic Flowers bloomed in her mind.

“One thing that happens when you become a parent is you no longer have time to lament over the way you feel,” the artist explains. “Your number one priority is somebody else. Not having time to get stuck in your head with the things that don’t matter allows for so much growth.”

With nearly 16 road-worn years under her belt, the only thing she can attribute to her sonic evolution and prolific songwriting status is time. Though Julian is undoubtedly the muse here, Tristen suggests motherhood is not the only path to self-actualization.

“Whether you have children or not, getting older, you start to have more awareness of your own existence. And then, if you can get it straight in your head, you find gratitude,” she shares. “And I think that I just have more of an appreciation for things like how amazing some of my friends are that are creating and appreciating things my privilege and surviving Covid-19. You just kind of get a little bit more focused on taking care of everybody else, and less so on defining who you are.”

In losing herself, unshackled from ego, she surrendered to those moments that re-shaped her mind. This severance allowed ideas to enter and expand without overthinking. Writing and self-producing with her husband and musical collaborator Buddy Hughen in their home studio dubbed “Tight Squeeze,” Tristen played a part in each branch of creating this album. Yet, there was a fluidity to it all that prevented her from destructive rumination over details.

The artist isn’t even sure where the title Aquatic Flowers came from, but it has been stuck in her head for years. Around the same time she began work on the record, she selected a Megan Kimber painting for her cover art.

“I just couldn’t get away from that image of the girl in the bathtub,” she says. There’s just so much emotion.” While writing demos, she maintained the emotive portrait in her mind. “I just kept that image and I kept that name, and I threw songs on it as I was writing them to get a working record. By the time it was finished, it really didn’t need to be changed.”

“One thing I’ve always done is felt confident in what I was doing, whether it measured up or not,” she admits. “These songs are just like all the songs that I’ve written, a reflection of what ideas I think are important. But it’s not just about me. It’s got to be something that other people can relate to. In my opinion, I like to write songs that make people think, ‘did she write this about me?’”

She adds, “It’s like a good Tweet—it’s got to be relatable.”

“Athena” resonates beyond her personal experience to address the societal oppression of women’s voices. After experiencing super-strength that comes from child bearing, birth, and rearing, she suggests society could really benefit from the opinions they continue to hush.

To properly excavate a universality within her personal experiences, the 37-year-old Chicago native understands she can’t get there on her own. An earlier Tristen knew exactly which songs she wanted to share and was resistant to external influence.

“You’re rebelling,” she laughs. “you’re trying to publicly figure out who you are—taking a machete to the foliage, carving a new path, and having all this ambition. And then you realize, ‘well, there’s no mountain, and I’m not climbing anywhere. I like the journey here so maybe I should just not try so hard, and see what other paths present themselves.’”

Now, the artist collects opinions from each member of her team, family, and broader creative community. “It’s so strange what songs people like,” she laughs, reflecting on her collective responses.

Not to suggest that this process is easy, she asserts that surrendering leads to collaboration which is “the key to the magic of music.” She adds, “You start playing with a group of people and you’re all locking in, and you just can feel the same thing together, and the music becomes something else.”

“Julian” features the star of the album, and the center of his parents’ orbit. Penned in the witching hour, sitting in the shadow-cast nursery, rocking her son in her arms, the soothing song tinged with melancholy over a past life. It’s a melodic meditation on “the ways in which motherhood, through pain, can transform, echoing the sentiment that our children teach us as much as we teach them.”

Following suit, “Some Things Must Die” acknowledges the challenges change presents to an envisioned future. The artist is shifting gears from rocker road warrior to mom, and details her slow arrival to accepting it. Lyrically, she details, “letting go of ambition and finding meaning in being ordinary.

“Whether in a romantic relationship, a career, or in parenthood, we must reconcile our desire to prove something and our conceits for status, or suffer the endless disappointment that comes with never living up to something imagined and unattainable.” 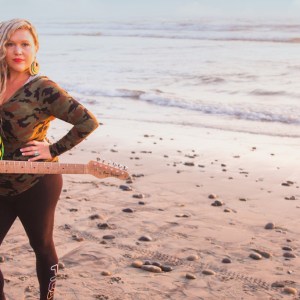 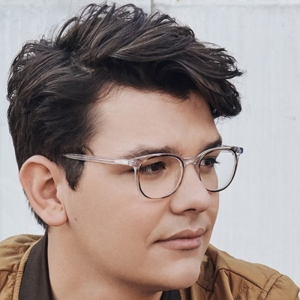