Musician Jake Shimabukuro is probably the most famous ukulele player in the world. His fingers dash like sprinters, his hands strum like torrential winds, and his music emanates from the instrument like dancers. His music videos earn millions of views and he has thousands upon thousands of fans. Yet, Shimabukuro has a very particular relationship to the ukulele, and music, in general.

One might think that someone who takes music and practicing and playing so seriously, might also take the ukulele supremely seriously. Yet, Shimabukuro believes it all should be looked at with joy, not intimidation. When people ask him if it bothers him that people joke or look down on the ukulele as something of a toy, he says not at all. He says all instruments should be considered a joy to approach in this way. And it’s with this same joy that Shimabukuro approached his newest LP, Jake & Friends, which began a number of years ago, but is set to drop on Friday (November 12).

“The ukulele is the only instrument I know how to play,” Shimabukuro tells American Songwriter. “And what I love most about playing the ukulele is that people who have never played an instrument before or people who say they are born with no musical ability can pick it up for the first time and learn a song. The joy you see on their faces is incredible.”

For Shimabukuro, music should be inviting. When he first began to play the ukulele around four years old, he loved the immediate gratification it offered his ears. Growing up, Shimabukuro’s parents always had music in the house. Shimabukuro grew up in Hawaii and he and his folks would listen to Charlie Parker, Olivia Newton-John, REO Speedwagon and traditional Hawaiian music. Shimabukuro’s mother, who also played ukulele, gave her son his first instrument at four years old.

“She sat me down and taught me a few chords and I was hooked,” Shimabukuro says. “Just the sound of the instrument, it was so soothing. What I loved about it was at the time it was just so easy. You could play a lot of chords by just using one finger.”

Shimabukuro loved the instrument so much, he never thought of playing it as practice. He says he never kept track of hours spent but if he had to put a finger on it today, he thinks he spent five or six hours a day strumming the thing. For Shimabukuro, it’s a seemingly never-ending series of surprises and artistic pleasures.

“It was the first thing I would do when I woke up,” he says. “I would rush home from school so I could play it. I just loved it. Even to this day, I sometimes can’t wait to get home and play the instrument and work a few things out. It’s like a really good book that never ends. I can’t wait to keep reading for the next chapter.”

At first, he says, he dove into playing and learning covers. He says, at first, he didn’t have the confidence to write his own music, so he underwent the process of figuring out his favorite songs on the radio and from traditional Hawaiian tunes. From these, he learned his own favorite techniques and sounds, which he later used to build his original work. In high school, Shimabukuro played in the big band and marching band. He says he used to love the beginning of the year when the music at hand seemed so difficult. But by the end of the year, everyone had learned it masterfully. Shimabukuro also took cues from the Beatles.

“I remember a friend,” Shimabukuro says, “who once told me that when the Beatles learned a new chord, like an A-minor-seventh, they would write 10 songs using the A-minor-seventh chord. If they learned a certain type of transition or modulation, they’d write songs based around that. That way you never forget that idea.”

It’s impossible to tell Shimabukuro’s story without talking about YouTube. Around 2005, the artist was one of the first people to go viral on the then-new social media platform. He was shooting a segment for a television show at the time and someone—he still doesn’t know who—put a clip of him on YouTube playing a rendition of the George Harrison song, “While My Guitar Gently Weeps.” In a matter of days, Shimabukuro was a sensation with a new career ahead of him. The ever-modest Shimabukuro says he was just in the right place at the right time.

“I love to be in a position where I can serve and deliver music to people,” he says. “If everyone played the ukulele, the world would be a better place. Music brings people together, music breaks down boundaries. Music helps to connect all of us everywhere.”

The YouTube video changed his life. All of a sudden, he was headed out on the road with his heroes, Bela Fleck and the Flecktones. From there came friend after friend. It’s hard to believe anyone has a higher approval rating than Shimabukuro amongst fans of songs and songwriting. It’s for this reason, his newest LP is stacked with guests like Jack Johnson, Jimmy Buffett, Kenny Loggins, Billy Strings, Luke Nelson, Warren Haynes, Ziggy Marley, and Willie Nelson. The album was years in the making but now it’s complete.

“I can’t believe it’s done,” Shimabukuro says. He worked on the album with producer, Ray Benson. “The first phone call [Ray] made was to Willie Nelson. Two months later, we were in the studio with Willie Nelson, recording the first track. I could not believe it, it was such a blur. It set the momentum, gave us credibility. I’m really blown away that it all came together.” 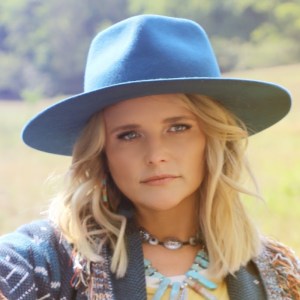