Fifteen years ago, there weren’t all that many people playing the ukulele, forming uke circles or creating uke societies. Then Jake Shimabukuro came along, bursting onto the fledgling YouTube video-sharing platform with a smokin’ instrumental version of the Beatles’ “While My Guitar Gently Weeps,” showing that the ukulele could be something more than an instrument to strum at luaus.

Most recently Shimabukuro has been expanding his instrument’s applications on the album Trio, a Nashville-recorded album of, for lack of a better term, fusion compositions with Nolan Verner (bass, piano and percussion) and Denver-based Dave Preston (guitars, lap steel and percussion), as well as Preston’s wife, vocalist Rachel James. The band is scheduled to go on the road next month depending on quarantine protocols.

Even though he’s taken the ukulele places it wasn’t necessarily intended to go, the ever-modest Shimabukuro doesn’t want to take any credit for helping popularize the instrument, as he explained to American Songwriter by phone from his home in beautiful Hawaii. “Well, I think first about my heroes who were ukulele players from Hawaii that inspired so many people to pick up the instrument, who introduced the instrument to a lot of people. Like Israel Kamakawiwo’ole‘s version of ‘Somewhere Over the Rainbow’ that was featured in movies and TV shows, it was such a great representation of the instrument. And I so much appreciate bands like Train playing the ukulele on ‘Hey Soul Sister,’ Paul McCartney playing songs on the ukulele during his concerts – those things helped showcase the instrument and introduce it to an audience that wasn’t familiar with it.”

On Trio, which was produced by R.S. Field (Steve Earle, Webb Wilder), Shimabukuro and company covered a couple of unlikely songs, Pink Floyd’s “Wish You Were Here” and Fleetwood Mac’s “Landslide,” which is sung by Rachel James. “We were inspired because, just before we went into the studio to record the album, we saw Fleetwood Mac in Nashville, and none of us had ever seen them. The show was just phenomenal, and we got Rachel to come out and she wanted to sing ‘Landslide,’ so we did that.”

Shimabukuro has recently joined the roster of MasterClass, the online learning platform, where he will be sharing a lifetime of uke experience. “I downloaded MasterClass because I was interested in their classes, and I started with watching the Carlos Santana one, the Christina Aguilera one, the Danny Elfman one because I love his scoring. Then I started watching other ones, like [NBA player] Stefan Curry, and one on negotiating. I just couldn’t get away from it, I got my kids to watch it with me. Then, a few weeks later, my manager called me up and said, ‘MasterClass called, they want you to do one.’ It was really amazing the way that it came about. I had just got turned on to them and was a fan, and then a couple months later I’m working with them!”

Not since the days of Tiny Tim tiptoeing through the tulips has the ukulele had a better ambassador than the congenial Shimabukuro, whose love for the instrument (he mostly plays a Kamaka brand) is obvious in everything he says and plays. “I always tell everyone that if we all played the ukulele it would make the world a better place. It brings so much joy and happiness. I’m happy to be alive at this time, to experience the growth of the instrument.” 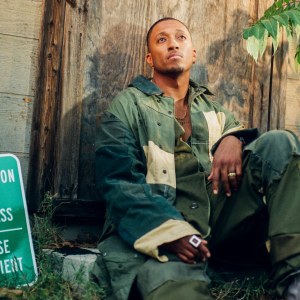 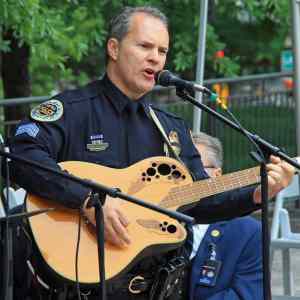