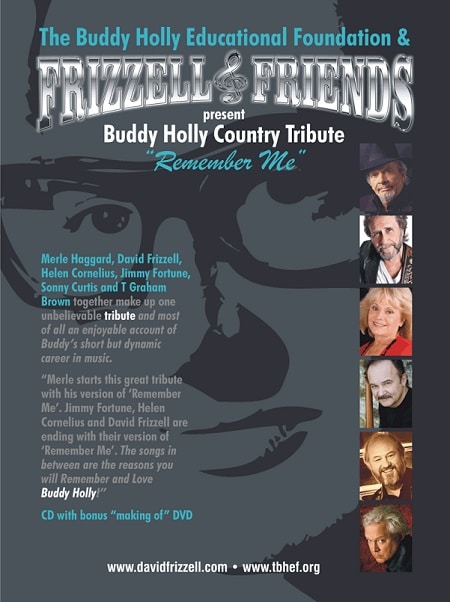 More than half a century has passed since Buddy Holly’s plane went down in Iowa, and his once-pervasive rock ‘n’ roll influence has dwindled somewhat in the new century. But a group of old-school Nashville country stars has released a new album of some of Holly’s greatest hits, and the result is a recording that is bound to be a great source of enjoyment for a select group of fans.

With sales proceeds benefiting the Buddy Holly Educational Foundation, the Dallas-based non-profit spearheaded by Holly’s widow that teaches young people about music, The Buddy Holly Country Tribute: Remember Me features Merle Haggard, David Frizzell (who also produced the project), Helen Cornelius, T. Graham Brown, Sonny Curtis and former Staler Brother Jimmy Fortune. The artists do a respectful and respectable job of performing Holly radio hits like “That’ll Be the Day,” “Everyday,” and, of course, “Peggy Sue,” as well as some songs that aren’t as widely known.

A nice touch here is Frizzell’s brief narration before each track, chronicling the details of the original recordings and talking about Holly’s inspirations, including Frizzell’s legendary brother Lefty. The package also includes an hour-long DVD of the artists tracking the album with veteran Nashville session players who’ve not only recorded with most of those older artists, but still record today with everyone from Rascal Flatts to Keb’ Mo’. The performances are pretty much what you would expect from a group of veteran singers doing what they’ve done best for decades, and probably without much auto-tuning, if any. And any album with The Hag on it, playing some lead guitar as well as singing, is worth a listen.

An innovator in arranging and multi-tracking, Holly had great success in his short life, with a large number of radio hits in a short period of time. While he wrote songs that became classics, this album also includes material that Holly covered by other writers, like Bobby Darin (“Early in the Morning”) and Paul Anka (“It Doesn’t Matter Anymore”). This album is a well-done effort for a nice cause, but it’s strictly for old-school country listeners or for Holly fans who want to hear a different treatment of his music. It doesn’t really work too well as an introduction to Holly for the uninitiated, for which it’s best to actually go to the source, Holly himself. 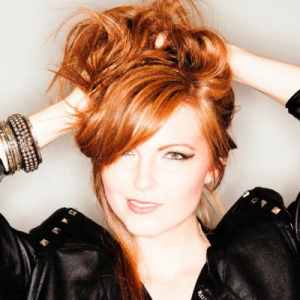 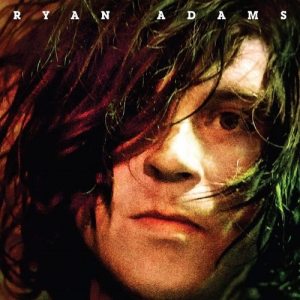