Bruce Soord, guitarist/vocalist for influential prog rockers The Pineapple Thief, calls from the attic in his house near Glastonbury, England. This is where he’s built the home studio where he did much of the work that ended up on the band’s thirteenth full-length studio album, Versions of the Truth (due for release on September 4).

When Soord started writing this album in October 2018, he says he was thinking about how “The world is a bit of a weird place: we have people in government who were saying anything they wanted to say, as long as that met their goals. The truth really didn’t seem to matter. And the people listening didn’t seem to care what the truth was.” These songs, then, deal with “The fact that coming to agree on a single version of the truth is such a difficult thing, and it causes so much trouble.”

Now, as the album’s release date approaches, “It’s even worse,” Soord says. “It’s sad that it is. I was hoping that the world would have gotten its act together, but the truth seems to be such an irrelevant thing now. It’s so damaging. I sing about how that affects everyone right down to the micro level of everything.”

Soord co-wrote this album with drummer Gavin Harrison, who first began recording with The Pineapple Thief on their 2016 album Your Wilderness. (Harrison has also been a member of King Crimson and Porcupine Tree.) Harrison “has brought a really, really fresh perspective to the songs,” Soord says.

Before Harrison joined The Pineapple Thief, Soord was the sole songwriter, but “As I began to trust Gavin, I gave away an awful lot more of the songwriting [to him]. Now, I come up with an idea, I give it to Gavin, and if he likes it, he chops it around and sends it back to me,” Soord says. “It takes the song in such different directions that you couldn’t do on your own.” This new collaborative way of writing is, he says, “a healthy process.”

This isn’t the first time Soord has adapted his songwriting style, though. He admits that in his early solo songwriting days, things were quite a bit more haphazard. “I would often think, ‘Let’s start with a beat or some sound’ – something that was inspiring,” he says, “but I’d end up chasing my tail for weeks and weeks.”

Eventually, Soord says, “I realized that the best songs that I was writing were when I was picking up my acoustic guitar and strumming whatever I was feeling at the time, humming some inspiring phrase that was in my brain. I think if you couldn’t make it work at that stage, at such a stripped-down level, then whatever you do with it afterwards is window dressing. So that’s the process I’ve always had ever since: as soon as I feel inspired, I pick up my acoustic guitar and see what happens.”

Even though Soord has become an accomplished songwriter after fronting The Pineapple Thief for more than 20 years now, he says he’s still always refining his writing. “You look back on records that you did five years ago, and you know the songs that are standing up and the songs you wish you’d never put on the record,” he says. “Then you take that thought and develop a better process and understanding of when a song is good enough.”

Still, Soord understands that he’ll never please everybody, particularly within the notoriously picky progressive rock community. “I remember reading a comment recently: ‘The Pineapple Thief need a shredder’ – a ‘shredder’ is a guitarist who plays really, really fast, is technically amazing. And I thought, ‘Blimey, that’s the last thing that we would want to do because that is not who we are.’”

Instead, Soord says, “We want to move people with our songs, not move people with how technically proficient I might be on the guitar doing a very fast guitar solo. There’s an awful lot of very, very technical musicians in this [progressive rock] genre. But we’ve been very much more of a song-based band.”

This distinctive aspect of The Pineapple Thief came about because of Soord’s background. “When I was growing up, it was in the ‘80s, and I wasn’t really into mainstream music,” he says. “It was Duran Duran, Spandau Ballet, and the birth of manufactured pop – and it was horrible.” Instead, Soord says he and his friends preferred music from the 1970s. “We were playing all the classic bands like Supertramp, Led Zeppelin, Pink Floyd – that got me into this progressive rock world.”

In the 1990s, Soord found much to like in the grunge and Britpop scenes – which, when blended with the 1970s prog rock influences, led to his own signature songwriting style. “I think that’s why we sit in this weird corner of the progressive rock scene, because I’ve got such a mix of influences,” he says.

Soord had begun playing in bands while he was still at school, then founded The Pineapple Thief in 1999, but he admits that it was initially difficult to refrain from simply copying his idols: “In the early days, I remember being a big Smashing Pumpkins fan, trying to sound like Billy Corgan!” he says with a laugh. “All the sudden I thought, ‘No, you’ve got to stop doing this. You’ve got to stop thinking about what other people are doing and do what you want to do.’ I think that’s when I found my sound.”

Since then, Soord says, “When I’m writing, I don’t listen to anyone. I don’t want anybody to influence me.” That approach seems to have worked well: since their 1999 debut album, Abducting the Unicorn, The Pineapple Thief have become increasingly more acclaimed with each release; they are now one of the most popular modern progressive rock bands in the world.

Now, as the release date approaches for Versions of the Truth, Soord is curious to see how it will be received. He’s aware that the prog rock genre attracts particularly obsessive fans, known for poring over every word and note as soon as any new album is released.

“If you stop to think about it, yeah, it is a lot of pressure,” Soord says of releasing new work to this level of scrutiny. “But I’ve learned to block that out when I’m writing. I don’t think that’s a healthy thing to inform your songwriting process, thinking, ‘I’m really worried about my fan base.’ You’ve got to keep it as pure as possible when you’re writing.”

But, Soord adds, he’s grateful for those fervent fans: “The other side of it is that they’re really passionate,” he says, “and without those people, we wouldn’t be here today, that’s for sure. We’re very lucky.” 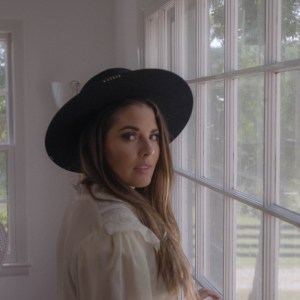 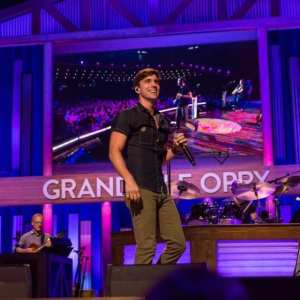