The centerpiece of Warpaint’s self-titled 2013 album is the appropriately-titled “Disco//Very,” a muscular, menacing track that turns the line “I need to take a break!” into a battle cry. As the quartet readies its successor, it becomes clear that this was a prescient moment.

Heads Up follows a record that had its own mythology built into it. Composed on a retreat to Joshua Tree and produced by Flood (Depeche Mode, Nine Inch Nails, PJ Harvey), it resulted from the kind of lofty process that many artists only dream of.

“The big thing about that album was that it was written at this time and place in the desert where we were alone with each other,” singer and guitarist Emily Kokal says. “We incubated it out of this kind of experience because we removed ourselves from our daily lives, which was kind of the point.”

The story behind Heads Up is less glamorous on paper, but it emerges from the band’s exponential maturation in musicianship. While last time Warpaint headed to London to record, Kokal, along with singer/guitarist Theresa Wayman, singer/bassist Jenny Lee Lindberg, and singer/drummer Stella Mozgawa turned their downtown Los Angeles practice space into a full-fledged studio. They also looked to their other existing resources, building from songs they had written alone or with portions of the group, rather than constantly working as a full band.

“That probably cut a year off what we normally would have taken if we had started from scratch, writing from nothing, with each other,” Kokal says. “That ended up being a really fun, freeing process for us since we’d been working like that since 2004, some configuration where to work, we had to all be in the room together.”

Expanding on the sinuous grayscale psychedelia that defines their sound, Heads Up features some of Warpaint’s boldest, poppiest material yet.

“When we start from scratch together, we write songs that are a real journey, we don’t write verse chorus verse, we go ABCDEFG,” Kokal describes. “There’s not a lot of repetition, it’s like, now we’ve done this part, let’s make something new. That’s always been a unique part of our sound, this unconventional journey of a song. But when we worked more off demos and more out of the box, we were playing around more with more traditional songwriting styles. It was a good exercise for us, because there’s a reason why those formulas have carried on as the tradition of songwriting. They’re like mathematical formulas you plug your own creative ideas into and see what you can do within that limitation.”

Building from what “Disco//Very” had hinted at, Heads Up highlights “New Song” and “So Good” flirt with funk, translating dancefloor-ready rhythms into the eerie, underwater zone that Warpaint operate within.

“That can be liberating as well, just to find a really good groove and find the perfect lyrics that form on top of that,” Kokal says. “Something you could listen to forever.”

Not only did they build their own studio to make Heads Up, but they changed their production style to channel their new growth.

“The album is a lot more palpable, there’s presence,” says Kokal. “There’s not a ton of reverb on our vocals. For a long time, we had kind of a faraway sound recorded, but we have a very immediate sound live. Part of the desire with this album was to have a nod to how we are live.”

The band brought back a familiar face behind the desk: Jacob Bercovici, who produced their 2009 debut EP Exquisite Corpse.

“He’s an amazing musician, he’s got an incredible ear and he’s just such a good friend that you can be yourself around him,” describes Kokal. “You can have a freakout, you can get in an argument, it’s not a big deal. That was a really important part of it, we just wanted to be able to express ourselves. We needed to be able to have our relationships with each other. He knows us all and how we interact with each other.”

ndeed, Warpaint have always been a testament to the power of chemistry between performers. There’s an unmistakable thread bonding the four women together that’s rarely matched in other bands. That doesn’t make them immune to the wear and tear of the road.

“We’re basically going through life together at this point, and I’ve been hanging out with Theresa since I was 11 on a regular basis,” Kokal says. “We are sharing this time of our lives together, and sometimes it’s really intense and the road is really hard and it strains the relationships, but ultimately there’s a gratitude and an appreciation and a celebration of what we do.”

After ending the tour in 2015, the band made plans to immediately hit the studio, feeling the pressure to deliver a follow-up album. However, more than two years of traveling had taken their toll, and Kokal had to speak up.

“When we got off tour, I didn’t even want to make music for a second,” she recalls. “I was just not feeling inspired. When we were rushing to the studio to make another album, I was like, ‘I can’t do that, I actually need to not be anybody for a couple months.’”

It became clear to the others as well that they needed some time apart. Lindberg released her debut solo album right on! during the intermission; Wayman also set off on her own and formed the New Wave-leaning group BOSS. A veteran session drummer, Mozgawa took on a variety of other collaborations, including lending a hand to electro-psych trio Jagwar Ma, friends from her native Australia.

“I just needed to give myself quiet time and space to be inspired and to have a playful relationship to playing music,” says Kokal, who started refining her technical skills after a couple months off.

Accustomed to demoing rough sketches on guitar or piano, she learned how to use Ableton to make fuller-fledged songs on her own. Whereas her bandmates’ experience with home recording translated easily to the studio, Kokal previously found herself more reliant on Flood’s expertise. This time around, she was determined to step it up.

With new abilities and a recharged energy, Warpaint sound stronger than ever. After taking a break, they’re more confident in their togetherness, even commemorating their own camaraderie on “By Your Side.”

“This album, we made it for us to enjoy,” Kokal says. “I would imagine that more often than not, whenever you make something for yourself, it’ll translate well to other people because you’re psychically giving off that feeling, those good vibes.” 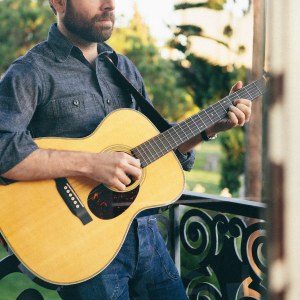 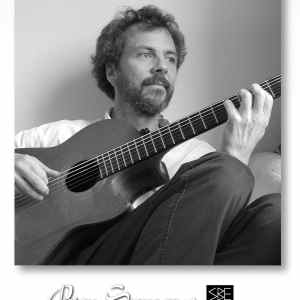