When Tame Impala and Bootie Brown joined Damon Albarn and co., the group premiered a new collaboration, “New Gold.” Albarn introduced the track by saying, “It’s kind of a mad song, to be honest with you.” The track has not yet formally been released but is suspected to be coming soon. You can pre-save the song on Gorillaz’s website.

Brown is a longtime collaborator of Gorillaz, having provided vocals for “Dirty Harry” from Gorillaz’ second album, Demon Days. He also appears in the music video for the track, where he plays the role of the soldier trying to cope with war.

Gorillaz is hot on the collaboration streak, having released “Cracker Island” featuring Thundercat, in June. The last full length from Gorillaz was Song Machine, Season One: Strange Timez, released in 2020.

The London show wrapped up the European leg of the Gorillaz tour. Next up is a North American leg, which runs through October 23. Find dates and tickets, HERE.

Tame Impala, aka Kevin Parker, is also currently on a European tour. The leg will run until September 10, when Parker will wrap things up in Warsaw, Poland. He will then head home to Australia for a run of dates. 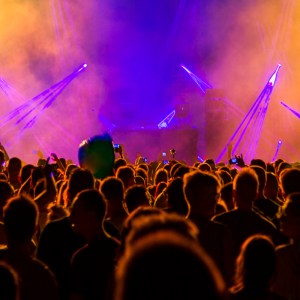