The man who wrote “The Dutchman” died like he lived, with quiet grace

When you’re put here, it’s for a reason
Think of all the people the Lord hasn’t sent here
I’m so happy I’ve been given this time here
Don’t want to waste my time on this earth

From “We Become Birds”
By Michael Smith

One of the greatest songwriters of our time, Michael Smith, is gone. Yesterday, August 3, 2020, the man who wrote “The Dutchman,” “Spoon River” and other miracle songs, left to start his next great adventure. He’d been in hospice at his Chicago apartment with his two sisters, and had spoken to a few friends in recent days to say goodbye. He lost his wife and musical partner Barbara only months earlier, and ever since then, his own health has been fading.

When a friend tried to call him in recent days, he was told that Michael wasn’t taking any more calls and needed to “focus on death.” He gave his full focus to any endeavor, whether a song, performance or his last moments on earth. He did go gently into that good night. He was ready to be with Barbara again, and old pals Steve Goodman, John Prine and the rest. He knew that, as he wrote, life goes on forever, like song. “We become birds,” he wrote, “when we die.”

He loved this world. He loved song, and songwriters, and he loved love. But he recognized that this world in these modern times isn’t an easy place for him to be. Born with remarkable musical talent as singer, guitarist and songwriter, he took all of that and built on it. Loving all songs, poetry, myths, books and art. “I read like a crazy person,” he said. Forever he was busy expanding his artistry. He recognized early on that this was an area – songwriting – in which many had been writing short stories and sketches, and he wanted to write novels. Not novels in terms of length, but in terms of depth and breadth to reveal the human condition in all its dimensions, both seen and unseen, earthbound and beyond.

As a Chicago native myself, this comes with great sorrow. He was one of our local heroes, and was beloved with good reason. His songs spoke to us of true songwriting greatness. It wasn’t about hit records or fame. It was about beautifully detailed and crafted songs as poignant and timeless as little movies. “Spoon River” and “The Dutchman” – which we heard first from Steve Goodman – resounded like absolute miracles. Like John Prine, who Goodman also championed before anyone else did, Michael was writing the kinds of songs other songwriters aspired to write. Songs about real life, real people, yet poignant and poetic and possessing quiet, real-time power. Merge folk songs like “The Bells of Rhymney” with “Eleanor Rigby” and you get near the place he lived.

“The Dutchman,” was first recorded by Goodman on his second album, Somebody Else’s Troubles, released in 1972. It’s since recorded by a vast number of artists. Steve used to say that Michael Smith wrote this song but he wasn’t sure how. The man had never been to Holland, after all. How did he do it? It’s a question we all asked. In this song he gives us the story of the man, the history, the love. But also the yearning, the sorrow, the hope, the promise of life, the “tulips beneath the snow.” All warring against the onslaught of perpetual time, that big clock that keeps ticking no matter how hard a songwriter embraces eternity in song. And clothed in a beautiful, timelessly elegiac tune of the ages.

Like Prine who wrote “Hello In There” when he was a young man, Smith when still barely an adult somehow wrote this essential love song. But how does a man in his 20s connect with the love between these old folks, a love containing regret, sorrow and some madness? There’s no easy answer.

“Long ago,” he wrote, “I used to be a young man. And dear Margaret remembers that for me.” Prine wrote, “And old people just grow lonesome…” To write either of those when you’re in your twenties takes not only great songwriting talent. It takes a big heart. It takes empathy.

That heart is injected in all of the songs. And the songs remain. As does the wistful wisdom written in youth but gradually experienced, too, as both Prine and Smith, and their audiences, got older.

From those first songs on, including “Spoon River” and “The Ballad of Dan Moody,” both of which Goodman also recorded, he moved from masterpiece to masterpiece. “Crazy Mary” as recorded by Bonnie Koloc came as one of his many amazing character portrayals, as was Sister Clarissa,” the nun who seemed eleven feet tall to a little kid. Or the brilliant comic songs he would write, such as “The Last Days of Pompeii,” which managed to be about ancient history, humanity, Hollywood and more all in a fast, ingeniously conceived song. It was historic, hysterical and simply astounding all at once. And he made it seem easy.

From “Spoon River” by Michael Smith

But as he said, doing work at this level in this country at this time wasn’t easy. “Unless you’re a Beatle or John Denver,” he said, the world doesn’t care about you. That’s the way the world is towards artists. If you’re an artist, who needs you?”

That this man, one of the greatest and most gifted songwriters of our time, was made to feel his work was worthless, is tragic. But this is the world we’re in.

But he never lost his passion for song, and for writing new ones as dimensional and poignant as those which came before. He devised ways, as do most savvy songwriters, of giving the world a slip so as to connect with new songs. Sometimes he’d trick himself into it, coming at it from an angle.

An admitted over-thinker of all things, he did what he could do to write songs without thinking too much. “If I can persuade myself,” he said, “that this is just a little abstract project that I’m working on and not some song that had better be real good, then I’m better off.”

That was funny, though true, and common to so many songwriters who find a detour. A way to bypass the pressure so as to be free to do one’s best work again. But why is that necessary?  Michael not only knew that answer well, he articulated it beautifully. It was touching that the Chicago Sun-Times, the newspaper delivered to my childhood home every day, quoted this line from our interview in Michael’s obit.

“There’s a child inside you, and that child has to be very, very reassured before it can come out,” he said. “The world doesn’t want the child to come out.The world wants you to pay the bills. That’s what the world wants. I know that I’m so aware of money that it drives me crazy sometimes. The only problem with being poor is that you have to think about it so much. So for me, the child hides when the bill collector comes to the door. The child says, `You have to go out and get a job and feed me. Don’t worry about getting any songs.’ So my life is a process of reassuring the child that it’s okay to come out.”

Like many he’d smoke some herb or have a drink or two so as to coax that creative child out of the cave. But unlike almost everyone, he was open and unapologetic about it.

“So I get high,” he said. “I get high all the time. I’m just like the Beatles! And I drink more lately. I know it’s the fashion these days to say I don’t do drugs, but I can’t see how a person can live in the modern world and not do drugs and be an artist.”

He never lost sight of what, to him, made songs great. He loved folk music with a passion, as he did the songs of Dylan and The Beatles. As brilliant as he was artistically, he always had great love of the craft – and would use rhyme, meter, structure and all other aspects with great care and love. He said he was happy I brought that up, as people respond to the craft when they hear it. He always wanted his songs to be everything they could be, like a father with a kid. You don’t cut corners when it comes to that which matters most.

Yet with only words, one can’t truly understand what he did. Words, which Michael knew well, only go so far. Much of this life experience is about that which is beyond words, that which is propelled by music and lives outside of time. Though his span of life here on this earth is officially over, none of those songs are gone. They remain, and in them forever is the generous, passionate, brilliant, inspired, serious, funny, heartfelt and soulful spirit of this singular songwriter.

So no more tears for a little while. No more words or sorrow. Let’s embrace this multitude of gifts this man poured his heart and soul into through his 78 years. Here’s many artists, including Steve Goodman and Michael himself, singing his singular songs. With gratitude to the songwriter forever for bringing so much soulful beauty to this world, and showing us just how great songs can be. For bringing us to that summit of songwriting beauty and brilliance so many times, we thank you. You are beloved forever. Hug Stevie and John for us. Enjoy the flight. 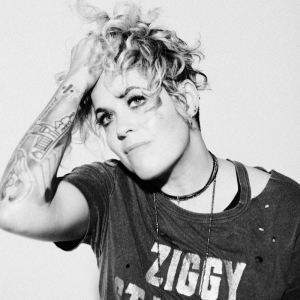 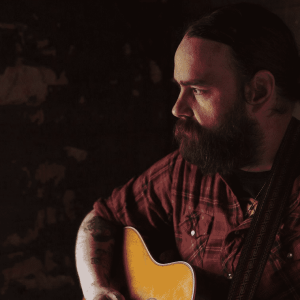