John Prine wasn’t the only genius songwriter in Chicago that Steve Goodman championed. There was one other, a songwriter with songs so timeless, beautiful and compelling that Goodman immediately got busy learning them, burning to play them for the world.

That songwriter was Michael Smith. He wrote “The Dutchman,” which Goodman recorded, and then performed in nearly every show. It became one of the most beloved songs Steve ever did, the first of three by Michael that he recorded.

Steve Goodman was the  very rare and remarkably generous songwriter who wrote brilliant, unique songs on his own – from “City of New Orleans” through “Banana Republics” and beyond – yet delighted in sharing the brilliance of other songwriters with the world. Part of his impetus, no doubt, was not simply benevolence; he was an entertainer, and always on the lookout for great songs to perform.

Soon as he heard Michael Smith, he knew this was a strong source for exactly the kind of song he wanted. It was the start of the 1970s, when the pop music soundtrack of the time was still shaped by the surreal, psychedelic imprint of Sgt. Pepper and Dylan’s expansively poetic epics. Along came Goodman singing his own songs, and those of Prine and Smith. The impact of that was like a shot in the arm of cogent, narrative songwriting.

Songs like John’s “Hello In There” and Michael’s “The Dutchman” resonated like modern, timeless folk songs. These were not surreal songs of ethereal abstractions, requiring serious scrutiny to decode. They were genuine human journeys touching on myths modern and ancient, and told in real, spoken language.

It was a new kind of modern song, inverting the psychedelic anarchy of Sixties-era acid-inspired lyrics for the luminous force of lucid story-songs, richly appointed with the true details of our real lives. These were songs which spoke to both the heart and the mind at once, and with  direct, stunning intimacy.

Both Michael Smith and John Prine imbued their songs with heartfelt, sentimental tenderness. Each of them wrote lyrics of unforced grace and elegance, using language wistful and concise to create genuinely poignant songs.

They each wrote potent songs about being old when they were still young men. To realize these songs as they did so young is evidence of something beyond genius songwriting talent. It’s a sign of true empathy, of a heart so big that even during one’s season of serious oat sowing they each vividly captured the lonely resignation of growing old.

In “Hello In There,” those things which once held our lives together unravelled long ago:

“We lost Davy in the Korean war
Still don’t know what for, don’t matter anymore..”

“The Dutchman” is built on the redolent imagery of the heart; the tulips beneath the snow yearning to bloom,  like the unborn babies seen in The Dutchman’s eyes.

Steve Goodman heard Smith at a club in Miami, and was immediately entranced. He went back every chance he could get to start memorizing the songs to perform himself (though never exactly, which irked Michael a bit.)

Stevie made “The Dutchman” the opening cut of his second album, Somebody Else’s Troubles. And from then on, the songs of Michael Smith belonged to the world.

Goodman ultimately recorded three by Smith. “The Dutchman” was first, followed by “Spoon River” and “The Ballad of Dan Moody.”

Other beloved Chicago performers, such as folk diva Bonnie Kolac, also began singing Michael’s praises as well as his songs. She brought us “Crazy Mary,” another beautifully mythic song by Smith about a character of moment and mystery. Goodman performed this one, too, though did not record it.

The expansive, global reverence for John Prine’s work so bountifully expressed after his death was something which took years to set in. In Chicago he was beloved, but would the rest of the world catch on? It took some time, but gradually, the compounded impact of the world’s greatest songwriters testifying to Prine’s greatness established a bedrock which is undeniable, forging his place forever as a genuine American treasure.

Michael Smith gets this level of reverence from his fans and those in this know, but deserves much more.

For writing “The Dutchman” alone he deserves his own suite in the Tower of Song. Or perhaps his own wing.

Now news comes that Michael’s health is failing, and he is in hospice. Our hearts go out to this man who has been a true songwriting hero for so many. Not only did he write all these miraculous songs which have enriched our lives for decades, but also gave us all these master-classes in songwriting. Untold numbers of songwriters have studied his songs seriously to learn how to take a humble human idea and give it life with words and music.

So with prayers for Michael in this moment, we celebrate his timeless greatness as a songwriter by bringing you this new series dedicated to his genius, bringing you daily individual links in his chain of masterpieces.

The first song which will launch this virtual Michael Smith Festival is “Demon Lover.” Merging the mythic with modern times in Montclair, New Jersey, it’s an astounding song, painted in poignant colors alive in its achingly romantic melody.

He discussed the origins of this song during a 2013 conversation for this magazine in Altadena, California in 2013. Here is “Demon Lover,” as introduced by the songwriter in his own words.

MICHAEL SMITH: “The Demon Lover” legend is a traditional legend from the Middle Ages. There are old ballads called “Ballads of The Demon Lover.” And there’s one ballad called “The House Carpenter” that Joan Baez recorded. The premise is that a woman is engaged, her lover goes off to sea, and he’s gone for seven years.

By this time she’s married and has three children, and a guy looking just like him returns. And her husband’s away.

He says, “Will you forsake your children to come with me?” And she says, “Yes, I will.”

He takes her out to his golden boat. And she notices getting on the boat that his feet are cloven hooves. And it’s too late, He’s got her and takes her down to hell in this boat. That’s the “House Carpenter Ballad” because she was married to a house carpenter.

Then I read this wonderful book by Shirley Jackson called Adventures of The Demon Lover. I read this when I was about 18 and I wanted to do this ancient story in a modern setting. So I used things that were common to my New Jersey upbringing, and I used the name of a girl I knew in grade school, Agnes Heinz. She was the first girl I knew whose father had died. I thought of her as being a tragic figure when I was about 10.

I worked on “Demon Lover” for a long, long time. I had the idea for a couple of years.

I liked the idea of making the tune almost like jazz.   I was trying to make something that sounded like Mel Torme. I figured that if I could make this tune that has major seventh chords in it and that is talking about demons and people disappearing in the middle of the day, there will be a mood.

There’s a reason why myths last for centuries.  They give us a skeleton that we’re not even aware of, but is full of strength in its structure. like fairy tales do that like the song “Down in the Willow Garden,” “I put my saber through her…” I would never think of anything like that. I am a suburban white guy in the 20th century.

I realized I could do other [songs] that way. In a sense, Dylan did that, specifically with the song `Seven Curses,’ which is an old story that he told in a new way.

The song does not answer every question. Here’s what I think is going on: she wants him back so bad that she gave over the power in her life to some creation that only responded to desire. In a sense it was him, and in a sense it was a solidification of her dissatisfaction.”

A lot of work went into finding the guitar riff,  and the words occurred to me to match the music.  It was done without thinking; if I can persuade myself that this is just a little abstract project that I’m working on, and not some song that had better be real good, then I’m better off.

For me, the pleasure of writing a song is getting to hear it back. Not playing it. I love being an audience to my own songs. I think if you write songs a lot, there will be times when you’re really possessed, and you don’t have any doubts. It becomes more like this is what I do and I’m doing it now and I’m not a hero and I’m not a fool.”

One day her husband’s at work and the kids are at school
And who comes toolin’ up the drive
Looks just like Jimmy Harris
And he says he’s just got back from Paris
And he’s lookin’ very much alive
Ooh, Jimmy she cried
I thought you had died
He laughed and he said So did I cherie
And if it was not for your love
I would not be here

The neighbors say that as they pulled away in his Chevrolet
His face began to change
And in the middle of that bright suburban morning
They disappeared in flames
Maybe you have a demon lover
Who might have been your husband or your wife
Watch out for people who belong in your past
Don’t let ’em back in your life. 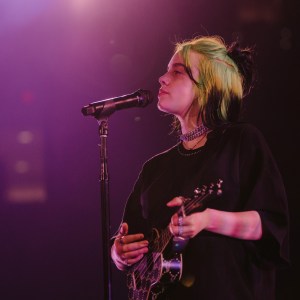 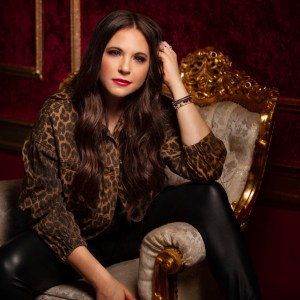