Famed emcee and co-founder of the acclaimed rap duo, Outkast, Big Boi (born Antwan Patton) has long been a respected voice in music. Whether he’s flying solo or rapping with his space-aged counterpart, André 3000, Big Boi is known for rhymes that have a way of embedding themselves in popular culture. His latest track, “We The Ones,” which features the popular vocalists, Killer Mike and Sleepy Brown, is about hope in modern times of despair. Big Boi, who released the track about a month ago, talks of his family, standing up to adversity, overcoming obstacles and working for a better future all over a smooth beat and chorus. We caught up with Big Boi to ask him about the inspirations for the new song, how he first met André in school and when he first found music.

When did music first enter your world in a significant way as a young person?
I guess from my grandmother. She used to always play soul music and Bob Marley when I was a toddler and, you know, I just grew up around it.

Was there a song that you particularly found yourself gravitating to even at that young age?
“Buffalo Soldier” by Bob Marley. She played that to death.

As you got older, why did you decide to invest in music – and I believe you went to a prestigious arts and performance high school?
I think I was chosen by God! It was a gift I was born with from the Lord! And as I got older, the music inside me got stronger and God said, “Talk to the people!” So, that was my way of communicating with the world! You feel me? So, yeah, it wasn’t something I just chose to do. It chose me from God! He got a hand on me and he won’t let go! I said, he’s got his haaaaands!

Thank you! That made my day! And as that occurred and as you got older still, how did you know you were good? Was it acceptance from peers, was it a record deal?
It always sparked my interest. I was always curious about it and then I started discovering different types of music by just expanding my musical palate. I mean, I knew that’s what I wanted to do. And when I met my partner [André 3000], it was destiny, you know? How we formed the group, how we connected. We were always students of the music. I’m still a student of music even though I’m a Jedi maser from God, I’m still a student. To create music at this stage right now is challenging and rewarding at the same time when you find new rhythms and grooves and patters and new ways to create songs. So, that’s why when we drop music, people gravitate toward it because it’s always new and fresh.

Can you talk about that a little bit more, what it looks like or means to you to be a student of music today?
I have, like, over 30,000 songs maybe, if not more than that, and I just put my phone on shuffle and in the car or if I’m at home, when I’m connected to my speakers, anything might come on. It might go from Michael Jackson to Bob Marley to NWA to Aretha Franklin and Tribe Called Quest and UGK and then it might jump back to play some Whispers and might play some Dolly Parton, you know what I’m saying? So, I’m always listening to music. It’s like a plant with sunlight. If I’m not listening to music, then I don’t really catch the vibe of the day.

Do you remember the first time you met André?
It was cool. It was, you know, just cool. We were like new to a school, Tri-Cities High School in East Point in 10th grade. There was a lot of kids from different schools transferred to this one school so nobody really knew each other. It was like a group of guys, it was like maybe five or six of us. And we started hanging out. Then me and Dre, you know, just stuck to each other and were like, you know, brothers. We were just in and out of school just kind of coolin’. He’s one of my best friends.

You’re from Georgia. I believe you grew up in Savannah and you’ve spent a lot of time in Atlanta. The region is as important politically as ever today. Given all that, how has the region influenced you as a creative person?
It’s all about southern hospitality, you know? Where we’re from, people speak to each other on the street. And, you know, it ain’t all peaches and cream but it’s real. It’s cool living. Lot of trees. You can either be in the city with the hustle and bustle or you can go on the outskirts and suburbs and live a quiet life. So, I’ve always loved staying in Georgia. The only place I could see living besides here is either St. Lucia or Jamaica!

Your most recent, “We The Ones,” is a track about overcoming, fighting, moving upward and forward. What inspired the song and what did it feel like to vocalize?
The song is about hope, you know? Never giving up no matter what aspect of your life. You got to always know that better days are ahead and you just to play your part. As far as I’m concerned, I move people through music and having substance inside of songs creates emotions and makes people think. That’s what music is here for, you know what I’m saying? So, that was the perfect song – especially in the times we’re in where there is so much fear and despair. To give people a little glimpse of like, “Hey, everything is going to be alright.”

How are you looking at the world today and into the future?
How I look to the future is always God is in control. Never put your faith in a man, you know? I’m not a religious person but I am connected to the Higher Power and I just know that he’s working and you just got to believe, man. That’s what it is. I don’t put my faith in no man at all.

You come from a military family, which you mention in the new track. How does that influence the way you think about America or even security?
Yeah, my granddaddy, George Patton, that’s his real name, was a staff sergeant in the Air force. My dad, Chico Dusty (born Tony Kearse), was in the Marine Corps. He was a sergeant in the Marine Corps. So, I grew up with a certain sense of discipline. They taught me how to be a man, both of them. I grew up with my grandparents. My great-grandmother took me to church. I grew up in it, you know? And I just feel like everybody has the right to protect themselves. As far as guns go, like, I mean, hey, if somebody comes in your house and they got a gun and you got a bat, what’s going to happen?

Last question for you and that’s what do you love most about music?
What I love most about music is that it has the power to change the world. And to reach people. That’s one thing that I love about the social media aspect of it. Like, I could make a song today and give it to my fans within thirty minutes, you know what I’m saying? By just pushing a button. It has the power to move people. So, just be watchful of what you say and, well, KRS-ONE said it best: edutainment. You can educate and entertain at the same time. 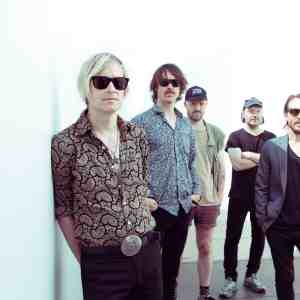 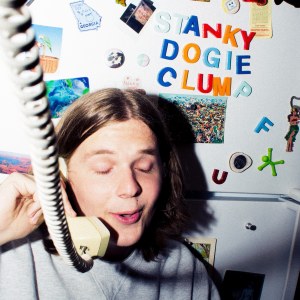