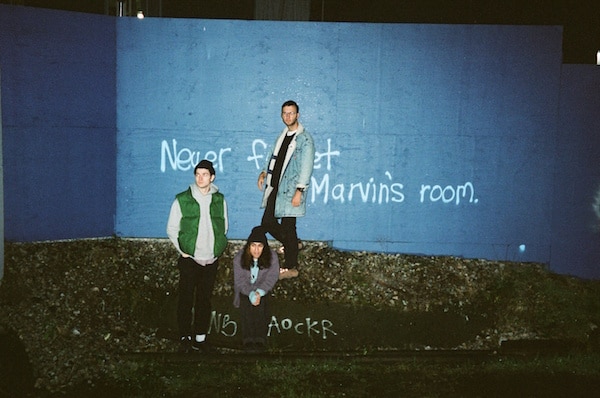 “I don’t want to feel like this anymore,” Will Anderson pleads 30 seconds into Running Back, the new Weed LP.

To compare the Vancouver foursome to a certain band one might file next to them alphabetically, if 2013’s Deserve was their easy-to-love “Blue Album,” Running Back is Pinkerton — the difficult, darker second record.

As that first line insinuates, these are breakup songs — but not the romantic kind.

One day last winter, Anderson was heading west by ferry from Vancouver, where Weed formed in 2010, to Victoria, where he, guitarist Kevin Doherty, bassist Hugo Noriega and drummer Bobby Siadat were tracking the then-untitled Deserve follow-up.

His mind, however, was wandering south to Seattle, where he was planning to relocate once recording wrapped. Awaiting him there was a room in a house and a touring-guitarist gig with another rising Northwest group — one of his favorites.

“We were friend soulmates,” Anderson remembers.

But the move never happened. Midway through the boat ride, he received word from that band, informing him, with little explanation, they didn’t need him after all.

“To call it disappointing is an understatement,” says Anderson. “When that fell apart, honestly, it was devastating.”

Crushed, he wrote most of the words to Running Back that day.

“I always write lyrics last,” Anderson explains. “Lots in there about friendships disintegrating.” He and the group in question “are on better terms now, but it’s not the same. We’re not the BFFs we thought we were.”

He came back to Canada for good — or ran back, rather — soon after.

Anderson is well-traveled for his age, 26. A native of Eau Claire, Wisconsin —Justin Vernon of the indie rock juggernaut Bon Iver was his camp counselor growing up — early-20s wanderlust led him to UBC in Vancouver for college, then North Carolina and New York City once he’d dropped out.

He discovered home taping and coined the Weed moniker during that East Coast stint. “I released three cassettes, recordings I made on GarageBand,” he says. “My main influence for those was Ducktails. That was the first time I ever saw a dude sitting on a floor with a bunch of pedals, a loop station and a guitar. I was like ‘I want to do that.’”

Anderson’s four-track experiments didn’t come to life, however, until returning to B.C. to attend art school and meeting Doherty, Noriega and Siadat.

And although Eau Claire isn’t far from the Twin Cities, it was back in Vancouver where he first heard Hüsker Dü, his favorite band and biggest inspiration.

Until then, he admits, he “didn’t know much about punk rock or ‘80s hardcore. The Bon Iver guys were my pseudo-big brothers, my music role models, but this is Bon Iver people we’re talking about. They were playing me, I don’t even know, Phish, The Grateful Dead and stuff like that.”

No matter — he caught up quickly. “Heal,” off Deserve, already stands as one of rock’n’roll’s great openers, a statement of intent on the level of 1985’s “New Day Rising.”

“I just love the way New Day Rising starts, hits the ground running,” Anderson says. “The emotion in their music inspires me a lot, and to think they’re from my hometown area makes me feel even more of a connection to it.”

And just as Hüsker used to, Weed got in the van and drove it to every corner of the continent several times over, booking all their own all-ages shows in support of Deserve. Even before that, the band’s attention to melody set them apart from the noise-pop pack. Refer back to 2011’s “With Drug”/“Eighty” single and the following year’s Gun Control EP and you’ll hear it, in spite of the no-fi production.

Unlike Anderson’s heroes, the always at-odds Bob Mould and Grant Hart, he and Doherty compose together. They completely ignore the clean channels on their amps, yet the quality of the songwriting trumps the lack of dynamics. Siadat’s idiosyncratic, tom-heavy drumming gives the music a soaring gait, and on the latest record, even Noriega — whose bass chords used to sometimes get lost in the din — is up in the mix.

Running Back slows down to catch its breath more often than Deserve, but at its core — like those first two Weezer albums — isn’t actually that much of a departure from its predecessor. At times, a ‘90s shoegaze influence seeps in — Swervedriver on “Never Leave,” My Bloody Valentine on “Depending On.” But high-gain hook-fests remain Weed’s strongest suit. Standouts “Stay in the Summer” and “Meet Me With Ease” would make Mould and Hart especially proud.

The band’s chemistry is apparent on the new recordings, despite each instrument being tracked separately. In Anderson’s opinion, they “just never sound good live. I can never tell what it actually sounds like, and I never want to listen to live recordings to find out. To me, it’s more fulfilling to hear the record put together.”

It’s just as much fun for the listener. Inside the sonic margins lie lots of subtle rhythmic and melodic accents — an extra measure or dead stop here, a burst of feedback or well-placed fadeout there. And just because the subject matter’s sad doesn’t mean the music wallows. The major-key refrain of closer “They Don’t Ask Me,” in particular, conveys how liberating it feels to finally move on from a tough breakup.

Somehow, Weed is still something of a well-kept West Coast secret — but Running Back looks to fix that. The record sees the band moving on from Seattle indie Couple Skate, which issued the debut, to Lefse, a Portland-based subsidiary of Fat Possum. It’s out April 7, with loads of touring to follow.

“We’ve done quite a few laps around the U.S.,” says Anderson. “I’d like to see more of Canada, places like Halifax. We just went to Calgary and Edmonton for the first time, and I loved it. Japan would be a dream. Europe and Australia are likely to happen this year.”

Because Weed’s deal with Lefse is good for another LP, Running Back isn’t exactly make-or-break for the band — but Anderson does feel they’re nearing “a tipping point — is this when we’re going to go full-time, or are we going to stay broke?”

No matter what happens though, he’ll always have a place to run back to. The album title, like the band name itself, has multiple meanings.

“None of us really smoke weed or anything,” laughs Anderson. “I just love things where everyone looks at the words and thinks one thing. ‘Running back’ means lots of different things, but it absolutely relates to me going back to Vancouver. I always come back here. I’m drawn to it, permanently.” 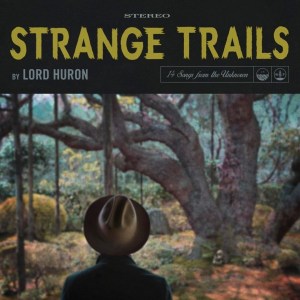 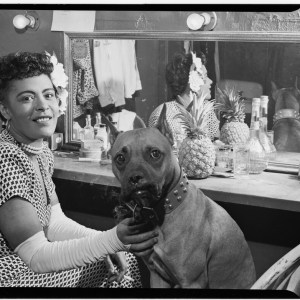