At the heart of Midtown Nashville’s iconic “Rock Block” stands Exit/In—the revered right-of-passage stage that has hosted the likes of Doc Watson, Etta James, Johnny Cash, and countless other luminaries since 1971. The devastating effects of the COVID-19 pandemic on the music industry shone through when the property went up for sale in February. Longtime venue owners Chris and Telisha Cobb partnered with real estate investment firm Grubb Properties to purchase it themselves via the new Live Venue Recovery Fund.

The Cobbs made an offer at the asking price. However, the property owners accepted a competing offer from AJ Capital Partners—the developers responsible for the national Graduate Hotel brand and other luxury properties.

After the property went under contract with AJ Capital Partners—whose intentions remained undisclosed—the Cobbs created a GoFundMe. They established a goal of $200k for a bid over asking to purchase the property from the firm and “continue to operate Exit/In in a manner that serves Nashville’s creative working class.” They disclosed on April 2, should the bid fail, they would donate all proceeds to NIVA and MVAN for the prosperity of other venues in a similar bind.

As of April 12, they had collected $220k from names like Margo Price, Jeffrey Steele, and Jamie Johnson. Businesses like Thirty Tigers and John Prine’s Oh Boy Records also contributed to the landmark club’s hopeful future that just celebrated its 50th anniversary.

On April 9, Ben Weprin from AJ Capital Partners stated: “Confidentiality was waived this afternoon, so we are now able to speak to the community about our plan for preserving Nashville’s beloved EXIT/IN, which was always our intent for the iconic music venue (the intent was never a hotel or any other use for the space). Our goal and company mission statement is to conserve and preserve while maintaining the health and vibrancy of the communities we invest in. The Exit/In is no exception. In fact, the artist community was first to put the need for iconic venue preservation and assistance on our radar.”

After offering to refund the GoFundMe donors, the developer says their first order of business is to register this business on the national register of historic places “so that nobody can ever alter or change the space, as it belongs to Music City.”

The Cobbs responded to the delayed statement that same day, re-stating their offer to purchase the building back from AJ Capital Partners. Acknowledging their shared vision in preserving the historic space, the Cobbs highlighted an aspect that even responsible buyers could not replicate—”our people.” As their family home for nearly 17 years, it is the deeply rooted relationships that “makes it beloved by passionate people on both sides of the stage.”

Furthering the notion, the statement suggests that operating an independent venue is a far stretch for a company “best known for building luxury developments.”

According to some digging into historic preservation from the Nashville Scene, the national register doesn’t necessarily offer any protection, “Nor would it have offered any protection from the site being sold to developers if the designation had been sought earlier.”

Nashville Metro Council member Jeff Syracuse confirmed this and told The Tennessean that only a Metro Historic Overlay could do that. He added, “Also, it needs to stay in the hands of Chris Cobb who has spent many years preserving and advancing the locally independent operation that has given countless up-and-coming artists for half a century an opportunity to hone and build their careers. Any change to the character both interior and exterior damages a critical part of Nashville’s ecosystem that is unlike any other.

“We invite Ben to accept our offer so Exit/In can continue to nurture Nashville’s creative working class and not become another playground for the elite,” the statement continues. “The offer to reimburse donors to our campaign is interesting, but we know Nashville’s music community can’t be bought.”

The Cobbs are active members of the National Independent Venue Alliance (NIVA), which successfully pushed Congress to sign the Save Our Stages Act into law last December. Despite vehement efforts from this organization, National Independent Talent Organization (NITO), and countless other national and local groups, NIVA acknowledged in their first-anniversary statement that passing legislation was just the beginning of their advocacy work.

“Most people would be stunned by how far we’ve come in such a short period of time, but independent promoters and venue owners are truly the most dedicated and hard-working people imaginable,” said NIVA Executive Director Rev. Moose. “Now that we’ve laid the groundwork, it’s about so much more than just returning to show.”

These organizations continue to connect struggling industry members with available resources and advocate for assistance where there is none.

On Thursday, April 8, the Small Business Administration (SBA) opened the Shuttered Venue Operators Grant (SVOG) application process—the program making $16 billion in financial assistance available to eligible shuttered small businesses. About four hours later, the portal closed due to insurmountable technical difficulties. While the SBA works to rectify the problems, they’ve confirmed that they did not accept any applications or distribute any funding. At this time, the application portal remains closed.

As the SBA works to correct and relaunch the application portal, NITO has requested two critical changes to create a smoother, more equitable application process. First, that they create a seven-day business window for rejected submissions to allow applicants the opportunity to correct errors or supplement their application with additional documents. Second, they asked SBA to mirror the bill’s language and open the application process with the 14-day priority window intended for the hardest hit small businesses that suffered a 90% or greater revenue loss. 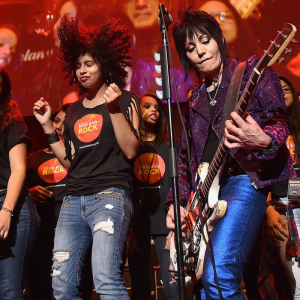 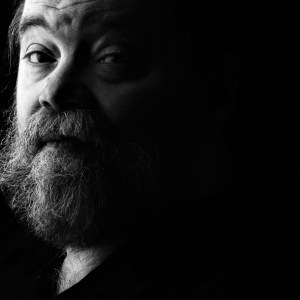