Every original Christmas song has a chance of withstanding the test of time and become a classic. Granted, chances are slim. But for the women of Runaway June, chances are always worth taking.

“Oh, it can be tricky,” explains Natalie Stovall, the newest member of country trio Runaway June, mere days before the Oct. 16 release of their five-track When I Think About Christmas EP. “We all have our favorite holiday music, and its nostalgic and emotional. So when you are writing holiday music, it can go one of two ways. It can sound classic, or it can feel a little forced.”

In the days after the fiddle aficionado was welcomed into the band following the May 2020 departure of former Runaway June member Hannah Mulholland, Stovall was invited to take a listen to the two originals that found their way onto the new EP.

“I instantly fell in love with them,” Stovall gushes to American Songwriter. “I mean, I was head over heels about them. And what made it even better was that we kept it in the family in terms of the writing. Those two were really personal to all of us.”

Indeed, the endearing title-track of the EP “When I Think About Christmas” was actually co-written over five years ago by Runaway June’s Jennifer Wayne alongside fellow songwriters Josh Matheny and Tiffany Goss. And the cheerful “Christmas on the Radio” was co-written by Sam Hollander and Runaway June member Naomi Cooke’s boyfriend Martin Johnson.

Joining the two originals on When I Think About Christmas are three classics that obviously stood that crucial test of time, but get infused by the fresh sounding harmonies of this country trio. “Sleigh Ride” is an old favorite of the group, and throwing Stovall’s hearty vocals in there makes the song sound even more sublime. “Let It Snow” illuminates the fun-loving nature of the three song creators. And yes, “O Holy Night” showcases the often underestimated vocal chops of Cooke, who sings the heck out of this hymn.

“We knew really fast which classics we wanted on there,” explains Cooke. “We had done ‘Sleigh Ride’ before and people really loved it, but adding Natalie (Stovall’s) voice and throwing in her fiddle work to spruce it up really made the song even better.”

Of course, having to go into the studio during a summer squashed by a pandemic meant taking a ton more precautions and a ton more measures to stay safe, especially considering that the recording of the EP took place mere weeks following Wayne’s battle with coronavirus.

“I was very impressed,” chuckles Wayne of the precautions that were taken in the studio. “Everyone was following the guidelines of masks and social distancing and yeah, there was a lot of cleaning of the microphones. (Laughs.) The studio handled this whole thing beautifully.”

The recording of the holiday album actually served as the first time Cooke, Stovall and Wayne found themselves recording in the same space together.

And yes, it felt different.

“We recorded the EP in June, which usually would mean we were in the middle of touring season, which puts you in an entirely different headspace,” Cooke explains. “It takes an entirely different piece of your personality. We would have been on auto pilot. But with the pandemic, no one was touring and we were able to create music in the studio, and it just felt very special. It allowed us the time to get into the guts of making music.”

And making Christmas music at a time of such universal discord felt right.

“It’s been a super interesting year,” Wayne says. “We need Christmas more than ever, so we can come together again. I feel like it’s going to be super emotional and nostalgic and I believe it’s kind of what we all need right now.”

One song not on When I Think About Christmas, but one that certainly fits into the nostalgic side of things is Runaway June’s new song “We Were Rich,” a stunning piece of lyrical prose that harkens back to simpler times and a song that could easily find a home on any holiday station.

“It’s so interesting, the universe’s timing,” Cooke says reflectively of the song that lives on their debut album Blue Roses and serves as the worthy follow-up to their record-breaking single “Buy My Own Drinks.” “We wanted to release this song a whole lot earlier, but now we know that this song was meant to be here right now. People need that message that the best things in life are free. It’s not a song we should press pause on right now. It’s as relevant as ever.” 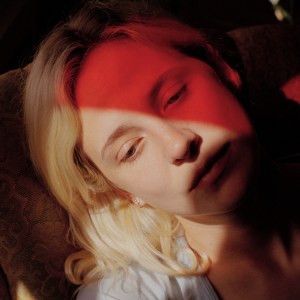 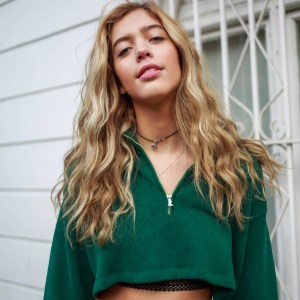