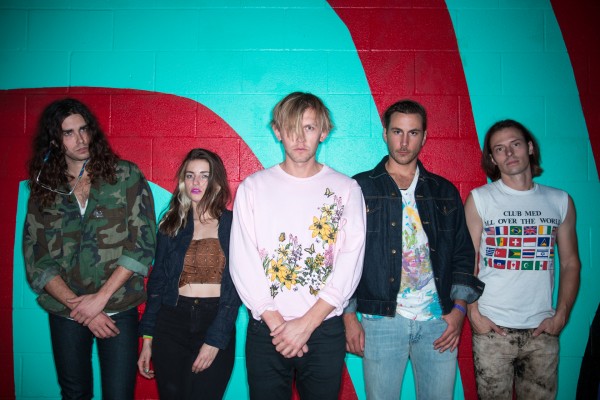 On WATERS‘ second record, frontman and chief songwriter Van Pierszalowski didn’t want to go along with the pop radio status quo. Instead of penning tracks about parties and cool kids, Pierszalowski filled What’s Real with fun, highly-relatable tracks about heartbreak, making new friends and the idea of feeling stuck, be it in an abusive relationship or your hometown. We chat with the California native about co-writing, handling criticism and the greatest lyricists of all time.

I believe I started writing songs, or trying to anyway, when I was in 9th grade. I had a 4-track cassette recorder. If those early songs ever get released to the world, I’m just gonna hide in a cave forever.

I think it was some horrible punk rock song about somebody taking a shit in a urinal.

That’s awesome. What’s your song writing process like? How do you usually go about writing songs?

It really does vary. Lately it’s been changing, though. For this new record, it was a lot more collaborative. I worked with a lot of other writers on it for the first time, which was really exciting. You learn so much from working with other people. Now I’ve been back to writing on my own for a while and have been using a lot of the tricks I learned from other writers. I’ve been writing more with the help of Logic on my computer, laying down one guitar riff or chord or a beat, and just jamming on that until I figure something out. It’s really helpful.

It really depends on what project it’s for. I like co-writing a lot for other projects, but for my own stuff it really depends on the song. Sometimes I’ll start to write something that feels so personal that I won’t want it to involve anyone else at all, and sometimes I’ll be so stuck on a chorus or trying to connect the dots that I work with a couple of friends of mine that are good song doctors.

Do you prefer to write freely or work under a deadline?

I think I work better on a deadline, actually. I think my best songs have come up at totally random times, like those times you’re getting home from work and you’re tired and just kind of sitting there with your guitar and something comes up. That’s the best stuff. I do work really well with a deadline, though. We’re coming up on that last push for the new record and I wrote a lot songs right at the tail end.

I think this one on the record called “Green Eyes”. It’s the closing track on the new record and I wrote it by myself. I probably wrote three or four different choruses for it and I couldn’t figure out which suited the song best. I kept going back and forth with different production ideas, too. One time it was just me and my guitar and later it was full rock song. It was all over the place. I finally figured out at the end of the day, which is usually the case, that the original demo was pretty much as close as I could get. The album version is just a good recording of the demo.

Which of your songs means the most to you?

I don’t know if I can answer that! It’s like choosing your favorite child. I don’t really know. Off the new record it might be “What’s Real,” the title track. It was one of the first ones written for the record. It might have been the first, actually. I remember coming up with the idea for it when we were on tour in Germany, and it really came out of nowhere. That was a long time ago. It became a really simple, gospel-like code to finding new friends, which is something I’ve gone through a lot in my life.

What song of yours do your fans react to the most?

At this point, the songs that are already out there. Probably “Got To My Head.” I feel like everything on the radio has gotten the strongest reaction at this point. It’ll be interesting to see, once the album comes out, how that changes, once people hear all the songs. It’ll be really interesting.

Are you ever afraid to show your work to people or have you pretty much conquered that by now?

Oh, yeah. Always terrified. I’m never the kind of guy that’s like, “Yeah, let’s play this new song!” That’s just a nightmare. I could never do that. There are a few people that I share new songs with: my girlfriend, who’s also a songwriter, and my manager. Even that is terrifying. I try to keep it locked up until a pretty late date.

How do you handle criticism or react when people don’t like your music?

It used to affect me quite a bit when I was just starting. Now that I’ve been in the game for quite a long time, it doesn’t really faze me. You hope that some people have negative reactions. I’d rather have a visceral, negative reaction than a bored one.

Neil Young, who’s one of my personal heroes music-wise. He’s my favorite guitar player too. I like how, especially on his early 70’s records, he was clearly not that technically good at guitar, which I’m not at all. I love hearing his guitar work on those records. He’s one of my favorite lyricists and songwriters. Kurt Cobain is one of the greatest lyricists of all time. I don’t think he gets enough credit for being such an incredible lyricist. I know he did a lot of his lyrics at the last minute but they’re still so urgent and evocative and incredible. John and Paul are probably my favorites of all time.  And Max Martin. There’s something about pop songwriting that’s deceptively simple, and now that I’m in LA and working on some pop stuff, it’s amazing how insanely hard it is.

When and why did you decide to make songwriting your main focus?

I don’t really feel like I had a choice in the matter. As soon as I picked up my first guitar and started jamming out it just became apparent. I was never really interested in learning covers of other songs. That’s so boring to me. I don’t know how to play any cover songs. I have nothing to add to that party. I’m just endlessly compelled to create constantly, constantly trying to do it. 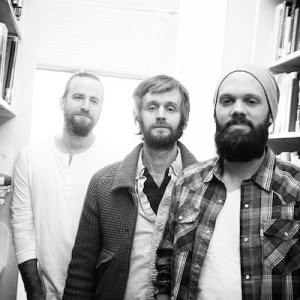 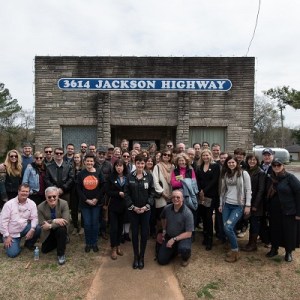