The first thing that automatically hits you when listening to “Wretched (It Goes)” is that 4/4 boom bap of a classic 808 cooked up by Xavier, one half of the Kansas City, MO futuresoul duo The Black Creatures.

And once vocalist/rapper/instrumentalist Jade Green comes in, they might be quoting Erykah Badu in those opening lines but the combination of Xavier’s Marley Marl-harkening beat and Green’s soulful delivery is far more akin to the sway of late 80s Soul II Soul and Neneh Cherry in the approach to “Wretched,” which was initially recorded for a compilation album the duo were invited to participate in. For Green, the opportunity as a means to get an important message to consider in these questionable times.

“We decided we wanted to write a song about how people are in relationships with oppressive systems,” Green tells American Songwriter. “Our focus was getting a message to  people about their role; ​our ​role, collectively.”

Originally recorded in 2017 but remixed two years later in its current form (both versions were cut in Xavier’s living room), “Wretched” is the first single from The Black Creatures’ forthcoming full-length Wild Echoes. For Green, their hope is that “Wretched” will provide a quintessential taste of what to expect across a full album of the consciousness of their approach to songwriting.

“I find often my favorite songs are developed in layers,” explains Green. “First, I let the emotion wash over me –  I’m a huge empath, so it’s always a surprise to see what will strike a deep (and many times reflective) chord within me. I’ll meditate and draw and write as raw as I possibly can. Then I go back to it when I have some free time, and reorganize – accentuate what I had the first time with more descriptive words, better flow, the works. I know I’m  getting toward the final stretch of writing a song when it feels like the vocals and percussion are kind of hollering at  each other but in a very playful way; a chord is struck.”

It is the collective ambition of The Black Creatures that listeners will deeply absorb “Wretched (So It Goes)” not just for its indelible late 80s/early 90s groove theory but the message of questioning the Prison Industrial Complex propelling the beat as well.

“The hook mentions Franz Fanon’s ​Wretched of the Earth​,” Green tells American Songwriter. “So off top I have to salute what Fanon did for theories on liberation. We want people to name decolonial thought,  whether it’s from some thick-spined book or it’s coming from your friend. We understand there are many systems that have existed deliberately and subconsciously for centuries. We want to have a conversation about the hope in  seeing and practicing the behaviors that make these dysfunctional, internationally-upheld systems unnecessary and  irrelevant.”

Ambitions​: For everything we do, we really just want to cultivate a storytelling experience for the kind of people we were when we were young. In regard to this song, I want young Black people to know they are not alone right now, that they’re not crazy, and that we have a lot to teach and learn from. New worlds are possible. 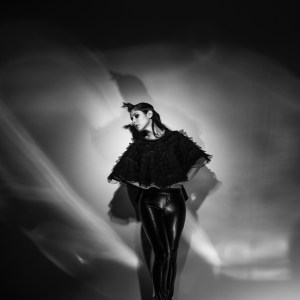 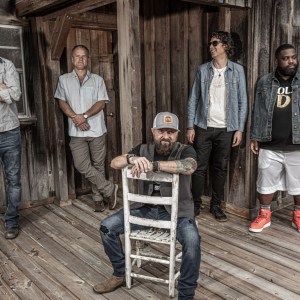