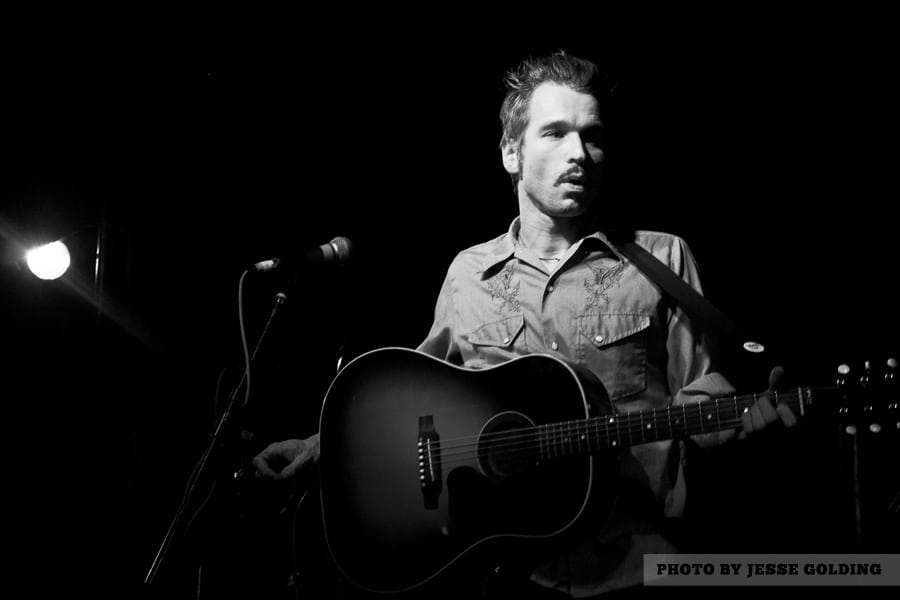 Joe Fletcher taught English before leaving to pursue music. His students might have been sad, but we’re certainly happy to listen to his bluesy brand of Americana. His latest album, You’ve Got The Wrong Man is set for release on October 7. We spoke to him about his transient recording process, songwriting as a 3rd-grader and more.

How would you describe You’ve Got The Wrong Man?

It’s my third record, but the first without a band backing me up. It’s a true solo album in the sense that 3/4 of the songs are just me singing and playing guitar. The others have some background vocals and minimal percussion. Everything was recorded live on an old cassette four-track machine into two microphones. Nothing was edited or overdubbed and no effects were used. It’s just a very bare bones look at this set of songs.

What drove you to record it solo, rather than with a full band as you did on your last two albums?

There were a few factors. I’ve used this four-track to record ideas and demo songs for at least ten years. As I started doing that with the first batch of songs that wound up on You’ve Got the Wrong Man, I quickly realized that some of them sounded finished to me. Once I decided I was going to make the record this way, I kept on writing and if I felt the song was done at this stage it went on the record. If I got the urge to add an electric guitar part or an organ, it got nixed and put in a pile for the next record.

I’ve also been on the road for the better part of the last three years following the release of White Lighter. I have trouble saying “no” to tours and things just kept coming up. Playing live is what I love to do, and I will choose it over a week in the studio any day of my life. Recording a record myself on a mobile device allowed me to set up shop wherever I wanted to record. It also works out nicely because, as much as I love playing with a band, I wind up touring solo a fair amount of the time. This record gives folks that particularly like that side of me something to listen to at the beach.

Tell us about the different locations you recorded in, and how they affected the songs.

The first was my old apartment in Warren, Rhode Island. Then last winter I relocated to an old farmhouse built in 1859 just outside on Athens, Georgia. The final songs were recorded in my new home in East Nashville, Tennessee. I tried to utilize the unique aspects of each location to give each song a different sound. I moved the microphones every which way from floor to ceiling around hallways, double parlors, staircases, bedrooms, closets and porches. It was an experiment with a good deal of trial and error. I know virtually nothing about recording, but I never let that stand in the way of my good time.

You used to teach high school English. What caused you to leave that and pursue a career in music?

What I’m doing now is what I have always wanted to do since I was a pretty small boy. Teaching was a very lucky accident on the way to here. Like most musicians, I had to work outside of music for a long time in order to afford to play music. Teaching was perfect in the sense that, for a long time, I really enjoyed it and got a tremendous amount out of the relationships I built with the students and my co-workers. It allowed me to stay creative and talk about books and writing for much of the day. My school even let me start an American Roots Music elective which was an unforgettable experience. For me, teaching high school for ten years was sort of a homage to the great teachers that I had growing up as well as a reaction to the terrible ones. In that sense, to me, it is not all that different from writing songs. In my last years teaching, music had me very busy and I knew I couldn’t put my all into either if I continued to split my time. I had to try my hand at playing music full time and see what could happen.

Do you draw from literature in your songwriting?

I think I draw more from literature than I do other songs. Above all things, I love a good story.

What brought you from Rhode Island to Tennessee?

I had spent a lot of time in Nashville in the years before moving here a year ago. As many of my close friends could tell you, I’d decided quite a while ago that this was where I wanted to be. It was just a matter of finding the right time to make the move. I couldn’t be happier here. It just feels like a natural fit.

When I was in 2nd or 3rd grade living in South Carolina, I wrote a very short number that touched on my favorite toy gun, my bicycle, and Pittsburgh Steeler Mean Joe Greene. It was what they used to call a “regional hit.”

If I could answer this, I would be going about it right now. If there is a pattern of any kind, I have yet to detect it.

I think the best writers are the best editors. I write a lot and I burn most of it in the backyard. Having an eye for what to keep is the key for me.

Simply being able to pay attention. Being open and aware and considerate what is going on around you. This sounds so easy, but for me it’s not. Any person, thought, breeze, or chair can be a song or part of a song, but if you don’t notice it or consider its potential in that way it is just another ship in the night.

I’d choose “The Wilsons” as one the captures the whole package of what I was after for this record. I feel like recording matches the performance very well, if that makes sense. It’s the story of an unsolved fire, and I feel like the intimacy of the recording really completes the mood.

That is a strange thing for me to guess. I know that “Florence, Alabama” from the new album seems to be mentioned to me a lot after shows these days. I think there are some lines in the there that seem to resonate with people, and, at one time or another, we can all identify with the relationship that did not go the way we dreamt.

Considering I have never co-written lyrics with anyone ever, I think I’d want someone who I like hanging out with and who is good at co-writing. Some guys nowadays that I have noticed having a knack for it are Hayes Carll, Andrew Combs, Bobby Bare Jr., and Brian Wright. I’d love to take a crack at it with any one of those boys someday.

There is a guy in Boston named Ian Fitzgerald that has released a pair of unbelievable records in the past couple of years. The most recent one, No Time To Be Tender, is a constant on my stereo. He is masterful with rhyme, language, and phrasing and has the sense of humor that puts it all over the top for me. He also puts on a hell of a show while seemingly not exerting himself in the slightest. He’s got a rare gift.

“Wonderful Life” by Nick Cave & The Bad Seeds. It is one of the few songs I’ve ever covered where I’m singing another person’s words but I feel like I’m singing straight from my own heart. The basic theme could be summed up by the well-known Abraham Lincoln adage: “Most folks are as happy as they make up their minds to be.” The imagery he uses to drive the point home moves me in every possible way. I”d certainly have written my own song on this subject by now had he not already said everything I’d hope to say. 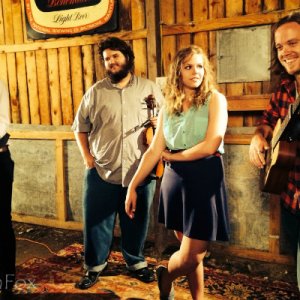