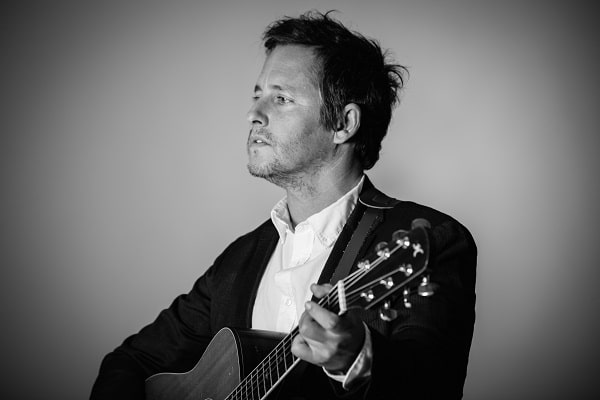 For years, singer-songwriter Josh Rouse has lived in Spain, where he has a wife and kids, a house on the ocean, and a space of mind that suits him well. However, it’s not just a vacation house he uses to relax. In the last year, he wrote and recorded a new album, The Embers Of Time, which comes out April 7. We caught up with Rouse and talked about the beginnings of his songwriting career, his wide range of inspiration and the new record.

You’ve lived in a lot of different places. How does location affect your songwriting?

I started in Nashville and was there for 10 years. Went to Spain, Brooklyn and back to Spain – kind of country/flamenco/urban! As I still perform quite a bit, I never really feel “settled.” Travel, movement and home are all common themes in my songs. My biggest influence lately has been living close to the sea. I usually have a new batch of songs after I’ve been there all summer.

God, I don’t know. Almost all songs are about love in one way or another. There are a few that come to mind. “Woman” by John Lennon. “Love Removal Machine” by The Cult. “Me Japanese Boy I Love You” by Burt Bacharach.

I started playing the guitar and recording little things on 4-track at about 16. They were catchy – I wouldn’t say they were good. I wrote and co-wrote songs for the bands I was involved with until I was about 23, and it was all very fun but mediocre. At about 24 or 25 I decided to record something on my own and it became my first album. I had lived just enough by then to write something that could really reach people.

I didn’t write it. It was “Gods of Aquarius” by Nina Hagen. I brought it in to band practice and said I wrote it knowing that the other guys didn’t have a clue who Nina Hagen was. Later on I wrote “I’m Not Your Stepping Stone,” none of us (including myself) knowing it was a Monkees song. The band was thrilled until we played our 3rd or 4th show and someone pointed out they were covers. It’s always nice to have a touch of the familiar.

Usually it’s just spillage while I’m strumming on a guitar. Sometimes I come up with a line or title then work from there. As most writers will tell you, it’s wonderful when it all comes out in 15 minutes and it makes some kind of sense. Other times, I’ll work for months or years on getting the lyrics right.

I’m inspired when I’m not paying attention or not trying to write a song. I never intentionally try to come up with something. The sea is a big inspiration, like I said before. French films, patience. And Bob Dylan, of course!

“Time” was one of the early ones. It had a very classic feel to it, like I had heard it before but wasn’t sure where or from whom. Those are good ones! I’m proud of almost all of them, but that one feels like it’s a standard that anyone could sing.

What’s a song on your album that you struggled with?

I didn’t struggle too much with any of them or you probably wouldn’t have heard them. However, the music for “Ex-Pat Blues” and “New Young” have been around for a few years, I just couldn’t think of anything to say.

It’s easier for me to write in larger quantities now for some reason, maybe from years of doing it. It’s harder to be 100 percent satisfied with the final outcome. I tend to write about 12-15 songs a year.

Well, “Quiet Town” is one of my most popular, as well as “Flight Attendant”.  I suppose they move people for different reasons. I’m clueless.

A few short stories every now and then, but nothing I’d like to put out to the rest of the world. Pop songs are enough for now.

I’m bad at this question. A great, new, fairly “unknown” songwriter I’ve just discovered is Aaron Embry. No one is even on his level.

Michael Stipe wrote some great lyrics in my opinion, especially later on in his career. There are so many writers I admire, but perhaps they should just be appreciated, not worked with. I’ve met a few rock stars that are fans of mine, and to be honest, I’ve never felt the urge to try and collaborate. Lots of enormous egos in this business.

You sing on “Some Days I’m Golden All Night” about turning 40 and your ambitions. How has getting older changed your songwriting and your perception of your musical goals and ambitions?

It’s an unstable and uncertain career. I’m doing this because it’s the only job I ever could have done and I still enjoy singing and telling stories to people. Hey, if people keep listening to the songs and coming to the shows for the next 30 years I’ll be happy. Keep on keeping on. 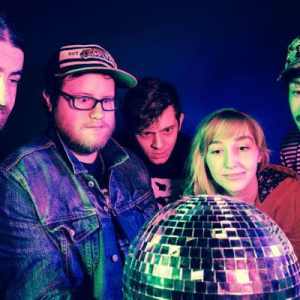 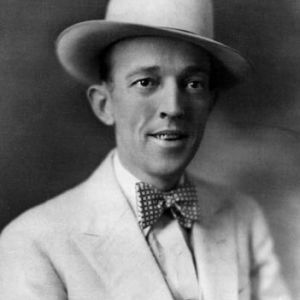