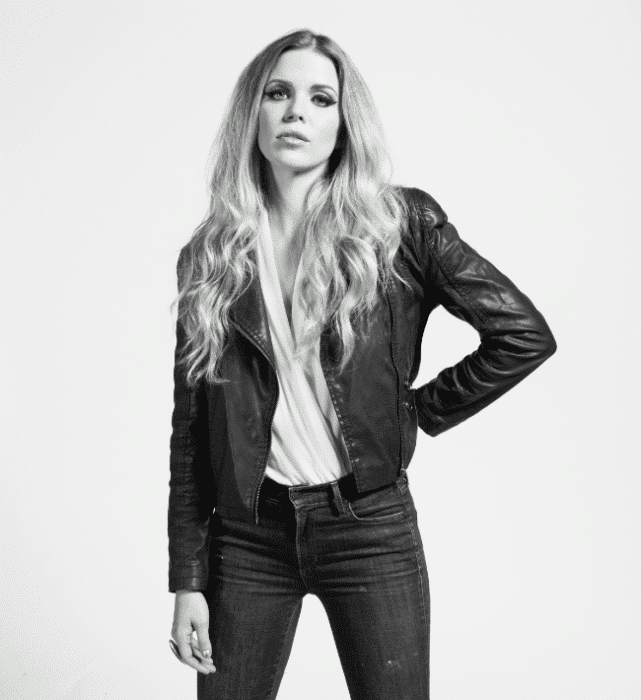 Kristin Diable is on a mission – but not one aimed at commercial success or airwave dominance necessarily. She’s in it for the love, so to speak. We talked to Diable about her journey as a musician, her songwriting habits and who she considers to be an underrated songwriter.

How are you creating your own mythology?

What we’re conditioned into thinking is “security in life” is just not true. Your boss can fire you, your leaders can swindle you, your doctor doesn’t always know how to heal you, etc. I felt that growing up the prevailing culture was to listen to people in power, your government officials, the rich guys who were “successful” in life, etc…. but it’s all just a myth anyhow. Those power structures aren’t real, no one holds the power to uplift your own life but you. Now, friends, family, community… you need all those people in this life and without love to back it all up, none of it’s worth anything. But ultimately, no one can give you power but you. It’s internal not external. And when you find the internal form of it, the external starts to fall in line as well. I’m learning how to keep this all in mind and making choices that put faith in these truths.

How did living in New Orleans affect your songwriting for this album?

New Orleans is a liberating place. It’s the last hold out in American of wild-west style freedom of spirit. Things are a little off-kilter, no one really cares what you’re doing, as long as you’re happy and not causing any harm. That culture instigated not censoring any of the songs on the album, not cutting ones that I didn’t think fit in a certain “genre.” I just went with what felt right and moving.

You said, “It takes a person to write an album, but a good album writes a person too.” How does that relate to this album and this stage of your life?

Songs often come to me with more insight than I thought I had to write them. A good song comes from some other universal place beyond a person’s ego and consciousness. They are great teachers and help inform me of the world around me and myself within it. Often they seem to come from the future, of some place of understanding I’d like to get to… and sure enough, the song paves the way to get there eventually.

When I was 5, but they weren’t any good. As a young kid I’d listen to the radio, Michael Jackson, Madonna, superpop brilliant pop songs, and I was seriously concerned about the fact that by the time I “grew up” all the songs in the world would have been written already and I wouldn’t have the chance to write any. That I would have missed the boat. It’s strange that at such an age I could care about it so much, but I guess I just always loved great songs. Perhaps all the songs have been written, but I still seem to find some truth in new ones.

I’ve been so committed to putting out Create Your Own Mythology all the other song ideas and bits along the way have been archived in notebooks and audio notes for full exploration when I have the space to really dig down. But, a new line I keep returning to is “The deeper the darkness you know, the brighter the light that you seek.”

Opposites and evolution. I’m always deep in the dark and light and feel they both are equally as useful, valid and create all motion, evolution and progress in life. We often think of darkness as negative but I don’t see it that way at all, there’s a lot of beauty in there and it gives contrast and definition to the light.

Many of them hold different meaning and sentiment for me, but the one that just hits me is “True Devotion”. It’s simple, it’s straightforward, it’s salt of the earth and that is what Devotion is. It’s not fancy, it’s sturdy and unadorned.

What’s a song on your album that you struggled with?

“True Devotion”. The title, the idea of it and the melody sat with me for a while. I had it in the ethers, but it just couldn’t come to fruition. Some time passed and I found myself on an adventure in Tangier during Ramadan (on accident). It was an intense experience. I stayed in the heart of the Medina with a family and all throughout the day and night, with no break, people were chanting, praying, drumming, singing, in the streets, in the houses, in the mosques… it was unavoidable and beautiful. I didn’t sleep much but the full capacity of devotion and what it meant really hit me in a way I never knew before. The song was done by the time I crossed back over the Straight of Gibraltar.

“A Change Is Gonna Come”, Sam Cooke. Man… where do I start? From the first chord string swell this song engulfs you. It does all the things: the melody is incredible, it hooks you from the start. The lyrics are for everyman, it’s not too precious, it’s salt of the earth, but poignant. It is profound, epic, cinematic, tremendous in it’s sound, which gives light to the possibility of getting through the muck of life. The juxtaposition of grandiosity in the production/arrangement against the lyrical content of the stark tribulations of life is brilliant. It’s a triumph of an anthem for civil rights and to human capacity. At this time in our sordid American history, a black artist like Cooke risked loosing his mostly white audience by putting out a song like this. But he did it anyway. Fifty years later, this song speaks to all humans, regardless of background, it transcends our perceived divides and brings us all closer, as we should be. This dude knew all about what it means to create your own mythology. His power moved the world forward in sound and spirit. And that VOICE! Nobody sings like Sam.

“Honey Leave the Light On” from the new album is really resonating with folks it seems. It’s about how all things in life come around, keep that light on.

I write very heated letters of complaint to my insurance company almost monthly. Never to any reply. They make for a lonely pen-pal relationship.

Well, he’s not underrated, but I feel like he should be a household name because he just can’t write a bad song. John Fullbright. No bullshit, straight shooting. Songwriting has gotten so precious these days, but this guy just calls it like it is, in a way no one else does. He’s stunning.

I’m going to be greedy on this one: Bruce Springsteen, Nina Simone, Big Bill Broonzy, Lindsay Buckingham and I guess I can’t leave out Sam Cooke. 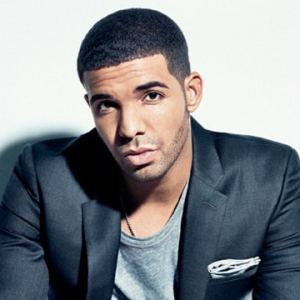 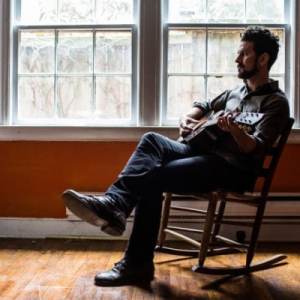