As the world continues to seemingly implode around him, singer/songwriter Skip Ewing finds himself discovering a brand new sense of peace.

The late ‘80s hit maker who hit big with songs such as “Your Memory Wins Again” and “It’s You Again” currently resides in Wyoming, where the beauty of the earth in which he lives overtakes the pain that seems to be hanging in the air thanks to an ongoing pandemic.

“I always say that if you take the Grand Teton National Park and Yellowstone National Park and mix it up in a bucket and poured it in my backyard, that’s where I live,” gushes Ewing in a recent interview with American Songwriter from the old cabin on a historical ranch that he and his wife Linda now call home.  “Through one window, I look at a lake that I can throw a stone at. And through another window, all I can see are the mountains.”

“It’s a hugely difficult time in the world, and I have often found myself looking out through those same windows and wished we could trade places with the world. Because we live in the most beautiful place.”

And it’s this place and this landscape that is seemingly infused within every note and every lyric of every track that makes up Ewing’s current album Wyoming, which was released last month to much critical acclaim.

Filled with the beauty created by skilled musicians playing magical instruments such as the flute and the mandolin and the bouzouki, Wyoming is a mystifying masterpiece of an album from a man that continues to not only evolve personally, but also professionally. It’s a transformation that actually reached its completion in the summer of 2018, when the country hit maker headed to Wyoming to find something he found his heart was missing.

“We came here on faith,” remembers Ewing, who has written hits for artist such as Kenny Chesney, Diamond Rio and Clint Black. “I found myself with much time alone with that old Yamaha guitar that has been with me since the beginning. I picked it up and I started really feeling where I was in my life and I started to feel like it was time to put my journeys as a songwriter and my time here in Wyoming together and make an album. I felt like it was time for me to be the artist I was intended to be. It became very spiritual to me.”

And he spoke his truth through his lyrics.

“As songwriters, we don’t have the opportunity to speak unless its our voice singing,” he says. “This is the album that allowed me to offer poeticism that I believed people would appreciate. I was able to explore love and devotion in a whole new way.”

Granted, Ewing had never lost his passion for writing. There has always been a joy in writing for him. But there was a time before the West began calling his name that even he would admit he was a bit disillusioned by it all.

“I wasn’t able to invest myself in the kind of writing I wanted to offer and make a living at the time,” he says. “The songs I was writing weren’t nourishing me as an artist or a writer.”

So he found something else to nourish him.

And those were horses.

“As a horseman, it was my job to try to understand how a horse experiences the world,” he remembers. “In the same way, as a writer, you always have to imagine the listener who is allowing your words into their lives. That’s the fire for me. I mean, the embers were already there. But this journey? This journey brought oxygen to the fire.”

On Wyoming, that fire is further warmed by true and utter authenticity on behalf of Ewing.

“When we are authentic, other people can feel that,” he says of the album that was produced by Kyle Lehning and holds hypnotizing songs such as “Wings” and “The Juggler.” “We can’t make anyone like what we write, so we have to skillfully invite them to listen. And then, when they listen, they have to know that they can trust me to give them everything I could. And on this album, I feel like I truly did.” 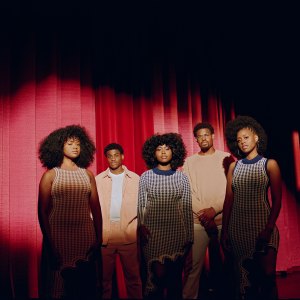 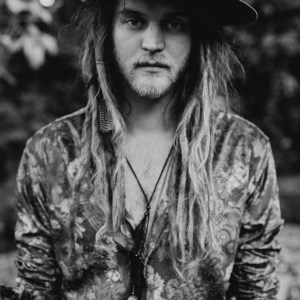