It was 40 flights from the lobby to Jay Z’s New York City office. But the members of the five-piece sibling band, Infinity Song, ascended in the elevator together. The members’ father, John Boyd, a songwriter and former choir leader who’d raised his nine children with music as prevalent as water in their household, joined them, his progeny. All their hard work was paying off – yet again. Infinity Song was on the way up to the office of maybe the most famous and influential person in the world. At the top floor, watched by some 70 people comprised of Jay Z’s staff and friends, Infinity Song sang, poised. Soon after, the band, successful in its tryout, signed to Jay Z’s Roc Nation label and, this month, the group has released its debut record, Mad Love. Now, the sky – well past a mere 40 flights – is just the beginning.

“He was like, ‘Let’s hear you all sing,’” says Thalia “Momo” Boyd, one of the band’s five sibling members. “It was an incredible moment.”

While some may pass-out or upchuck their lunch at the chance to perform their songs in front of Jay Z, that the quintet of Infinity Song was prepared was no accident. Music is in their blood. And they’ve been singing, writing, practicing and performing it their entire lives. The band members’ father ran a choir that all the siblings wanted to participate in. At home, the family would sit around the table and bang out rhythms, singing and writing refrains. John imbued in his children a sense of hard work and professionalism. In turn, the kids took that foundation into the world to see what they could build upon it.

“He had vision,” says band member, Angel Boyd. “You can’t calibrate the outcome of kids’ lives but you can have vision for them and the faith to work towards that vision to have it come to life.”

In some ways, it can be said that Infinity Song came together in 2014. But in another, of course, the band has been working to this moment since their parents’ first kiss. But about six years ago, three of the siblings began playing acoustic sets around (their hometown) New York City, on the subways and in Central Park. Not long after, the trio grew to a quintet that now includes Angel and Momo, along with Victory, Abraham and Israel. As a group, they had spots they liked to hit (certain ones had better acoustics), like the Bethesda Terrace in Central Park, Grand Central Station (by the S Train) and, of course, Times Square. It was a unique way to test their skills; they learned on the job.

“There was never a dull moment,” Angel says. “There was also never a day when our pockets were empty. It was a very different experience – something we’ll always have with us.”

Infinity Song’s Mad Love is smooth. It sways, crashes, ducks and dives. But what’s even better than the sonic movements it provides is the familial closeness the record ushers into a room. It’s no secret how dire and difficult so many of our days can be of late, but the group’s songs are heartfelt, they blossom from stereo speakers. The songs are colorful, kind. But they also include an expertise and a tight understanding of composition. The group’s music can be categorized as R&B but there are many influences woven in, from singer-songwriter to hip-hop percussion. In total, the album is collection of eight explorations into the possibility of collaboration. Eight pathways toward the same goal: song creation.

“Every single one of us write,” Momo says.

To make an album, band members brought songs to the group and, together, they worked out the music to see which compositions had legs. Anyone in a big family knows there are bound to be disagreements. But, thanks, in part, to their father’s foresight, the members of Infinity Song understand the idea of working together for the sake of the greater good. They strive for professionalism. All five members can share input but each knows not to lose sight of the big picture for the sake of a little argument. As a result, the final songs for the album were chosen by a process of elimination.

“There are never disagreements ever, we are perfect and never argue or fight,” Angel jokes. “No, of course there are disagreements and of course we always have different opinions. But we don’t like to get hung up on those disagreements. We compromise.”

When considering the power of music as an art form, there are as many reasons to fall in love – as many as there are people making and listening to it, most likely. The same can be said for a band. Each member has a reason they’re in it, a motivation for striving for a collective success. All for one, one for all! For Angel, music is transportive. It’s also a way to connect to people who she may never have met otherwise (hello, Jay Z!). For Momo, music is palliative. It heals. It serves and offers help when maybe nothing else might.

“If you’re stuck in an unhealthy mindset,” Momo says, “there are times when music can bring you out. The right song or the right collection of songs can act as medicine, a healing component to your life.” 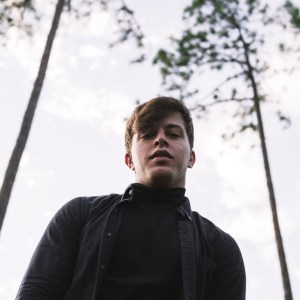 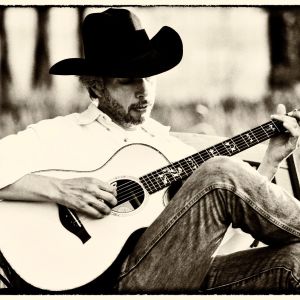