Zac Wilkerson is a pretty confident guy. He writes without limits, positive that he can execute just about anything vocally. But he’s not lazy. He doesn’t settle for “inferior” lyrics with the intention of them being carried by strong vocals.

“I try to keep both ideas in mind, but spend more time trying to craft a solid lyrical foundation,” Wilkerson tells American Songwriter. “When that is achieved, I can feel comfortable letting it rip and singing my ass off.”

Very little is held back on Wilkerson’s third album Evergreen, out Feb. 28, a collection of songs centered around thriving, despite life’s changing seasons, and struggles. Much like the evergreen tree, the album also speaks to Wilkerson’s musical journey and his continuous growth as an artist since self-titled 2014 debut and follow up, 2016’s Dustbowl Soul.

Soulful and reflective, Wilkerson really wanted to create something meaningful and lasting with Evergreen, while capturing the live sound of him and his band.

“I hope people connect with the songs and that we can expand our listener reach,” says Wilkerson. “Over the last few years I’ve had so many people tell me they loved my first two records, but felt they didn’t capture the energy and power of my live show. With Evergreen, I feel like Adam Odor [producer], and I succeeded in that. Taking in my road band at the time and playing the songs live helped captured that energy.”

Tapping the Grammy Award winning Odor (Jason Boland and the Stragglers, Max Stalling) to helm production, Evergreen was recorded in just over four days at yellow DOG Studios in Wimberley, Texas. Fused in lush lyrics, and enveloped in an instrumentation of organ, accordion, melodica, and the usual, provided by bassist Cameron Moreland and drummer Nathan Zeihm, Wilkerson (along with his wife Courtney on backing vocals) marries soul and funk melodies with his country and gospel roots.

The foundation of single “White Whale” started nearly four years ago during a band rehearsal. Initially the song didn’t stick until the band revisited the song in 2018. “Lyrically, it’s a letter to myself,” says Wilkerson, asking “what gives you the right to quit when it gets tough?” He has a point. This letter to himself inspired him to eventually write the remainder of Evergreen.

Chunky, blues-and funk-seeped riffs blanket “White Whale” around Wilkerson’s thick vocals moving through Don’t forget all the times love lifted you up, gave you just enough … Now You know the truth about the luxury of time / That the universe ain’t kind—and chorus Love and the truth is the only way / Love and the truth cast away the fear.

A staple within the Texas music scene, the state’s pride is charming to Wilkerson, but it doesn’t factor into his creative process. Instead, he’s laser focused on universal storytelling.

“Songs manifest, for me, from the broader shared human experience,” he says. “I want to write songs that people from Austin and Amsterdam could equally connect with.” 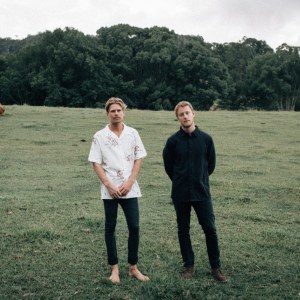 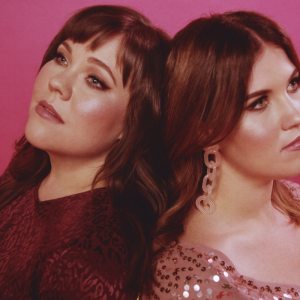