In the 1980s, Alabama popularized the country band. Before them, vocalists lived in the spotlight and bands resided in the shadows, merely for support. But Alabama – consisting of cousins Randy Owen, Teddy Gentry, and Jeff Cook – proved there was power in numbers.

Together, they made chart-topping hits that represented themselves and their Southern roots with an almost formulaic approach – sturdy songwriting and unshakable harmonies against a high-energy blend of country, rock, and pop, a recipe good enough for a number of crossover successes.

Hear their unmatched style in these ten Alabama essentials.

Roll on highway, roll on along / Roll on daddy till you get back home / Roll on family, roll on crew / Roll on momma like I asked you to do / And roll on eighteen-wheeler, roll on, plays the chorus of “Roll On (Eighteen Wheeler).”

Big, triumphant sounds meet an equally uplifting story in “Roll On (Eighteen Wheeler).” Similar to many tunes in Alabama’s catalog, the song canonizes the working man as it portrays a long-haul trucker having to regularly leave home in order to support his family.

A simple, but effective tune about a former love, “Old Flame” resides on the traditional side of Alabama’s repertoire. As bright piano keys waltz against a galloping arrangement, it’s the addition of the trio’s drawn out harmonies that make “Old Flame” burn.

A slow groove explodes into the impassioned country-rock ballad that is “Take Me Down.” The song was originally written by Exile members Mark Gray and J.P. Pennington and recorded by the band in 1980. Alabama’s 1982 version drops the dripping synths and tones down the theatric piano, but you can still hear Exile’s trademark heart-fluttering, overtly sensual style throughout for a wonderful country-fied classic.

Reminiscing on their upbringing, “High Cotton” ruminates on the good ol’ days, growing up during simpler times and examining how things have changed. The traditional arrangement echoes the sentiment of this quintessential Alabama tune.

“The Closer You Get” is another song originally from Exile. A little heavy on the rock side of Alabama’s country-rock, the song is a mixture of deep-bellied, distorted guitar riffs, gut-punching drums, and a sprinkling of twang.

“I’m in a Hurry (And Don’t Know Why)” is a rollicking cautionary tale about rushing through life. A band with a penchant for singing about the slower side of living, Alabama takes the chance to deliver a seize-the-day message in this rocking tune, punctuated by crystal clear harmonies and sage wisdom.

4. “If You’re Gonna Play in Texas (You Gotta Have a Fiddle in the Band)”

Spend my dollar / Parked in a holler ‘neath the mountain moonlight / Hold her uptight, make a little lovin’ / A little turtle dovin’ on a Mason-Dixon night / Fits my life, oh, so right / My Dixieland delight, goes the acoustic-driven chorus of “Dixieland Delight.”

A song about simple pleasures, “Dixieland Delight” is a down home, fiddle-flittering, foot-tapping celebration of the little things.

A marriage of Southern rock and bluegrass, “Mountain Music” has become a country standard and one that has cemented Alabama as country legends. The song celebrates the band’s southern origins against high-tempo banjo picking and energized fiddle work.

Song, song of the south / Sweet potato pie and I shut my mouth / Gone, gone with the wind / There ain’t nobody lookin’ back again, plays “Song of the South.”

Illustrating a poor family farming the rural South during the Great Depression, hard times are told against steady drums and preserving strings. “Song of the South,” written by Bob McDill, was covered by several acts before Alabama released its version in 1988, which went to No. 1 on Billboard‘s Hot Country Songs chart the following year. Alabama made it their own and, in turn, made it an essential tune in their catalog. 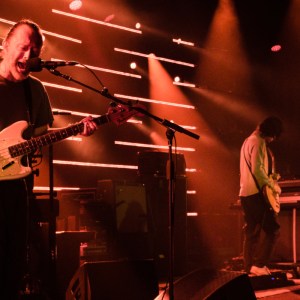